April 1: 5 POWER Lessons From 5 Leaders Who Made History On This DAY!

What all of us look for and strive for ultimately is to attain success. We all dream for the world to identify us as achievers but we are struck by the question, how. The life instances of the following 5 leaders can provide you the answer. Read on!
This Page Has Inspired
1017
People So Far..

1. “Efforts you put forth bring progress when the secret ingredient called passion is stuffed in it.” 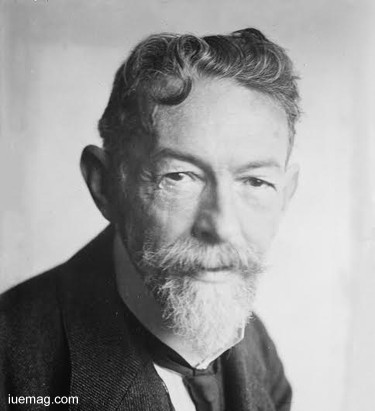 We often wonder why achievers become so and we don’t even after working equally harder. You can certainly choreograph your life by raising your thoughts, wishes, desires and dreams, and color your path using the power of imagination. Your interest is the weapon which carves the entire growth which you would want to own. Appreciations and recognitions, awards and rewards would definitely be yours if you wisely nurture your thought process and dedicate it to identify what is that which attracts and pulls you, so that the effort you would put turns fruitful.

Richard Adolf Zsigmondy defined the fact that, success obtained as a result of effective understanding and analysis of and about oneself often turns out to be pure, unconditional and deific. He respected the interest which he developed in chemistry and physics at a very early age. He created his own small home laboratory where he conducted experiments. This clear mindset enabled him to fall into and walk along the line of accomplishing more in his interested domain. Work on lustre colours for glass added more interest in him to study colloids; and consistent hard work further let him bag a Nobel Prize in chemistry in 1925.

2. “Everything that occurs in your life, no matter big or small, happens for a cause. Believe in it and learn from every experience” 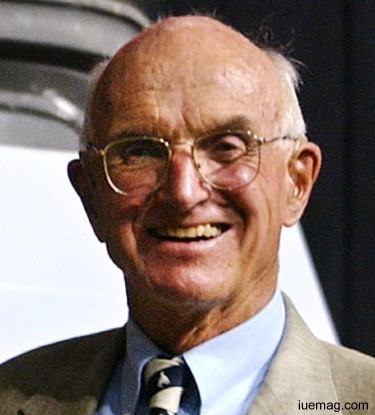 Life has a lot to offer. It offers through changes and actions. All of what happens doesn’t just happen for the sake of it. Learn the embedded facts which lead you into the pool of introspection. Analyzing the ‘why’ would fetch you answers beyond what we can think of. Joseph Edward Murray, truly an exemplar, decided what each frame of his life had to be. He created his life based on the learnings he gained from all that happened to him. Life is the best teacher and nothing can teach you better; getting his dose of inspiration from his family doctor who treated his childhood ailments, he dreamt of becoming a surgeon and this American plastic surgeon won the Noble Prize for discoveries related to organ transplantations.

Keenly making a way to reach his destiny, he holds the pride of being the first to successfully transplant plant kidney in identical twins. What do you think is life all about? It is about creating and bettering the path you take to fulfill your ambitions. The past experiences, incidents, aids and servings, challenges and criticism and a clean, deep bondage of your feelings to analyze all this sprouts new ideas, identifies your interests and progressively acts as a toolkit to give rise to a purposeful journey of yours.

3. “The hunger to prove yourself enables you to touch the peak of success.” 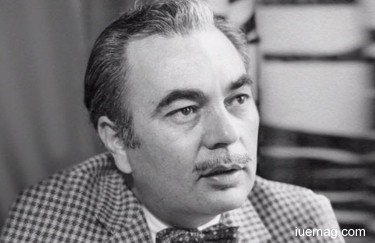 Success is all yours only when you crave for it. Improvements always take form when your actions and deeds prove the desire for it; and that’s how you grow! Let your focus stay on what you want in life. Question yourself as to how much capabilities you have and how you can utilize it to produce something ‘better’ efficiently. The entire world limits our potent ideologies and it is our responsibility to figure out techniques and establish principles which take you towards the peak of success.

The life of Sydney Cecil Newman founds our learning about what makes our journey towards success, successful. The Canadian film and television producer was more on the line of learning and achieving to make his stay on earth, a meaningful one. His journey fulfills the purpose of inspiring the world to take long footsteps to travel in the path of victory. He marked his journey with true dedication by playing a pioneering role in British television drama. Newman’s ever growing perseverance was a reason for his appointment as the Acting Director of the Broadcast Programs Branch for the Canadian Radio and Television Commission (CRTC). Not stopping there, he further became the head of the National Film Board of Canada (NFB) and still continued. How did all this professional growth happen? It was a result of pure spirit to learn and the hunger to prove that unwavering efforts ripe into fruits due to the determination.

4. “Create in your mind, what you want to see in the world and then feel and believe in it to the fullest to introduce it onto the floor of reality.” 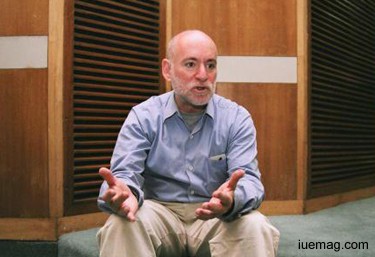 Let us recall, this amazing quote “be the change you want to see.” Frederic David Schwartz authenticates the same. If you want something to make its entry into the reality, it can be made possible only when you dream of it, frame and shape in the world of your imagination, feel it, nurture it, and then add life to it by projecting it to the reality. The major developments which happen around us today have their roots in the minds of the people who dreamt of it. The power of visualization is something that doesn’t just help the ‘new’ to cultivate but also help the development of the personality in you. You got to feel what you want to create and make it happen. When you embrace the nature of your dream, then the art of the real beauty is revealed.

The American architect, author, and city planner literally played with ideas and creativity to introduce a lot of different and unique assets that gifted the world with the aesthete. Receiving the prestigious Rome Prize in Architecture, he used the art of architecture to heal the world. His plan to rebuild the World Trade Center site finished second among hundreds of entries and his innovation created a new wave wherein he developed low-income housing. Understanding what costs success was the biggest boon he was bestowed upon. It was the result of the lessons of the deep exploration which he did, which took him towards success.

5. “You got to face challenges! It’s not an option if you really want to taste the fruit of success. It’s the only choice.” 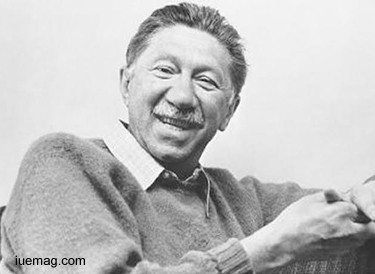 Challenges are only there to make you stronger. The whole point in facing them is to show the world your capabilities and rigid mental strength which helps you remain strong to kick off all the problems that come to you. The world around you along with raising support and appreciations, also criticizes you, puts you down and makes you feel low at times too. Each of us is blessed with immense potential which acts as an energy pill and a weapon to fight against and withstand the unfavorable situations.

Abraham Harold Maslow  was an American psychologist who fought to lighten the darkness which paved his life: he essentially overcame racism and ethnic prejudice to free the world from such evils and make way for education to reach every life on earth without discrimination. The struggles we encounter in turn found the change and improvement to take place.  As his parents were deprived of education, they hoped for his son to get the best education possible and hence books became his best friends. Not denying his parents’ wish, he studied law and finally discovered that his purpose of life dwelled in the field of psychology. Best known for creating Maslow's hierarchy of needs which dealt with self-actualization, Maslow served as a psychology professor. He focused on the positive qualities in people and promoted optimism.

This nourishing article would have surely immersed you into the puddle of inspiration. With this gain, you can get started to relish the purpose of your life. Think first and act immediately. Go ahead and never look back!
Get the Latest & Recommended articles in your Inbox

This Page Has Inspired
1017
People So Far..
Any facts, figures or references stated here are made by the author & don't reflect the endorsement of iU at all times unless otherwise drafted by official staff at iU. This article was first published here on 1st April 2017.
iU eMagazine
Editorial Team of iU eMagazine