April 6: 5 POWER Lessons From 5 Leaders Who Made History On This DAY!

We all aspire to be called as achievers. Favorable ideas and alluring thought process does it all. But guidelines from the experienced act as stimulants to take your aspiration forward to fulfill it. read on!
This Page Has Inspired
1029
People So Far..

1. “Infinite perfection is an inborn quality in her every human being. Your perseverance and commitment always helps unleash the quality.” 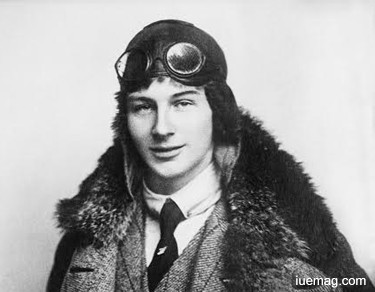 Though not manifested, perfection is something which appends every one’s characteristics. It is such a blessing that helps you attain and witness the purity of whatever you do. All that must matter to you is how able are you in enhancing the quality of the delivery of your work and how does this betterment affect your journey towards success.

The best way to win is to question yourself and dig in answers right within yourself but not outside. We are reservoirs of truth- something which ultimately looked for by every life on this earth. The divinity and spirituality lies in the readiness of introspecting ourselves.

Anthony Fokker  was a Dutch aviation pioneer and an aircraft manufacturer who manifested positivism which further helped him bring perfection into his blood and formed his skin ultimately. He earned his fame for producing the fighter aircraft in Germany during the First World War. How did he manage to taste success? He started early by showing an early interest in mechanics. He preferred to and made things followed by experimentations with different airplane designs. The innovator and industrialist greatly contributed to the domain of aviation. Nurturing your interested domain gives you immense pleasure and satisfaction. And that is why he is remembered even today for all that he has done.

2. “When your passion and purpose are greater than your fears and excuses, you will find a way.”

You are the sole reason and are responsible for whatever happens to you. You are credited for your growth and you are blamed for your failure. The support, motivation and guidance or anything for that matter, hides within you. It is again you who have to uncover and put it into use in order to succeed. Strong interest happens to turn into passion. Passion is as mentioned, is a bonfire and interest is the spark. It essentially means that, passion is the extension of interest.

You may have multiple interests but passion is when you go deep into your interest. Donald Wills Douglas, Sr deepened his horizon in terms of discovering his self and hence understood where his interest was and what made it become his passion. The core and ultimate destiny which he envisioned was to accomplish all that which was said to be impossible. He founded the Douglas Aircraft Company. American aircraft industrialist and engineer developed a detailed string of knowledge and this put him into the line of attaining success. He succeeded in creating a revolutionary change in the field of aviation. He holds the pride to be the first to fly non-stop; it became the first airplane with a payload greater than its own weight. 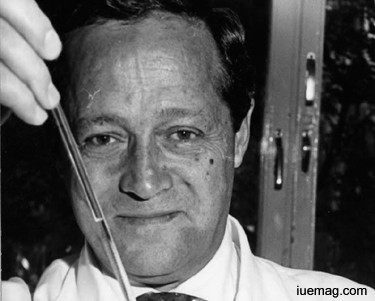 You reap what you sow. Similarly, you get what you give. The amount of effort you put in decides what must be your winning ratio. Your hard work designates the extent of success you get. Always remember that, you can really succeed only if there is maximum amount of work done and involvement shown from your side. However, each one of our lives fit in to the statement, no pain no gain. The entire reality is structured on this formula. Before you ask for anything, think what and how much you’ve done and ask yourself, if you really deserve it.

Feodor Felix Konrad Lynen was a German biochemist. He won the Nobel Prize in Physiology or Medicine because he worked tremendously and came up with lot of developments and improvements which surely deserve to get fostered by awards and recognition. He deserved to be the awardee because he put in, his heart, soul, blood and sweat to demonstrate the mechanism and regulation of cholesterol and fatty acid metabolism.

He slowly started elevating in his career: assistant professor to professor and later, he was designated as a the director. Lynen devoted his work to the elucidation of the chemical details of metabolic processes in living cells, and of the mechanisms of metabolic regulation. Every problem which he got to tackle turned to become a milestone because the impact that is created by every lesson after solving a problem, literally reached the peak that helped him t attain and survive at success.

4. “The path of truth can be attained by those who learn from the committed mistakes.” 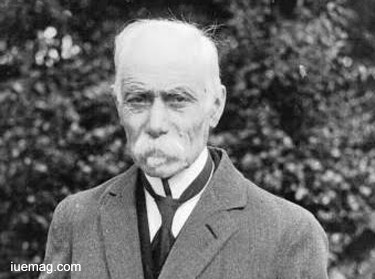 We all do mistakes. There is nothing unusual about it. But how many of us learn from it? Every rise must be a consequence of tough fall. Convert the fall into an opportunity to learn. Life itself is a teacher who can teach you not just about living it but about leading it. The difference makers make it a motive to walk in the line of learning from previous mistakes. There is nothing wrong in committing mistakes but ensure you commit new mistakes and don’t repeat your mistakes. New mistake helps you learn but the same mistake doesn’t really offer any gain to you. Achiever Camille Guillaume Bigourdan , a French astronomer sustained his place in the list of accomplishers by constantly learning from his errors, not repeating the errors and turning every mistake into an opportunity to learn.

Born at Sistels, he was appointed as the assistant astronomer at the Toulouse Observatory, latter became director. Success doesn’t happen in one attempt. It takes series and sequence of trials and accurate learning process. After spending many years verifying the positions of 6380 nebulae, he envisioned to set a basis for future studies of the proper motion of nebulae. However, he did discover approximately 500 new objects.

Bigourdan won the Lalande Prize, Gold Medal of the Royal Astronomical Society and more. These awards were all consequences of the critical learnings that he took back from all the mistakes and errors he had made and applied these learnings in the very next attempt. 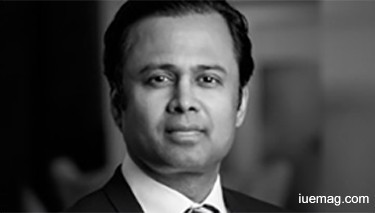 Who doesn’t have struggles in this universe? Don’t you have challenges to face? Everyone does. Just imagined how our lives would be without problems. Everyday would be the same-plain and smooth. Adventure would lose its essence. Our strength and potentialities would remain dormant forever. Challenge is a tonic which acts as a stimulant that lets you keep going. Even after all the pain, worry and hurt, we still stand up and think of ways to tackle every challenge that comes across us.

Walter Edward Dandy  swam across every challenge that came into his life. He literally jumped on the problems which demanded him to give importance. But the fact that struggles symbolize life is undeniable. Because, even after all the sincere attempts and learning process, we don’t get to attain the peak which we always dream of. Fighting challenges and overcoming obstacles reveal our strengths and tell us how valuable our qualities are. This acts as a dosage of push and encouragement for our lives and hence, achieving would become easier. American neurosurgeon and scientist who is considered one of the founding fathers of neurosurgery was credited with numerous neurosurgical discoveries and innovations, including the description of the circulation of cerebrospinal fluid in the brain and more.

Discovering things is certainly not easy. If he had stopped because he felt it was a difficult job, today, you wouldn’t read about him in this article. If you want to inspire another life then, start from accepting the challenge before thinking of facing it.
Get the Latest & Recommended articles in your Inbox

This Page Has Inspired
1029
People So Far..
Any facts, figures or references stated here are made by the author & don't reflect the endorsement of iU at all times unless otherwise drafted by official staff at iU. This article was first published here on 6th April 2017.
iU eMagazine
Editorial Team of iU eMagazine