The Most Famous Racehorses the World Has Ever Seen

Horse racing as a a sport dates back centuries and has a vigor of its own. It inspires every spectator and of course needless to say while jockeys are the ones who get their horses to perform it's inevitably obvious that horses have all the attention. We cannot talk about all of them but we have chosen to talk about the most famous ones. Read ON!
This Page Has Inspired
1110
People So Far.. 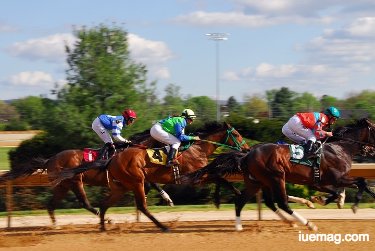 Horse racing is a massive sport and industry all across the globe, and to write an article that covered every legendary horse would be a post of monumental scope, so in this post we’ll just be covering a select few champion horses ever to grace the racecourses of the world arena in no particular order.

Winx is an Australian champion mare who is currently still racing and capturing the hearts of the public with her undeniable feats of genius on the track. So far she remains undefeated in her last 32 starts, a trend that looks set to continue well into 2019.

Currently Winx is rated as the “world’s best racehorse” and deservedly so. Although she’s now getting on in years for a flat track racehorse, there’s no question she still has what it takes to keep on winning. She has been named Australian Horse of the Year on three occasions to date.

Seabiscuit was the most dominant horse in the United States when it came to handicap races in the 1930s and 1940s. He didn’t start out so well though, losing his first 17 races, usually finishing well back in the field.

That all changed when trainer Tom Smith bought Seabiscuit and transformed him into one of the best racehorses the USA and the world has ever seen.

Over the years numerous films and documentaries have been made about this famous American horse.

Just like Seabiscuit and Phar Lap stole the hearts of the American and Australian public during dark times, Red Rum did the same in the United Kingdom during the 1970s recession. Red Rum completed an incredible feat of winning the illustrious Grand National 3 times in just 5 years.

What makes this horse even extra special is the fact that Red Rum was diagnosed early on with a debilitating bone disease. He lived to age 30 and never suffered a single fall in his long racing career. 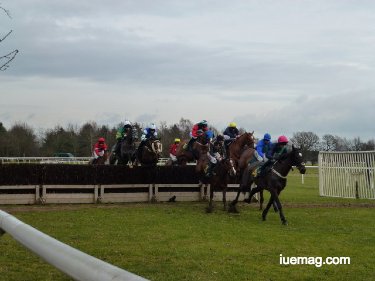 Winner of the 1930 Melbourne Cup, Phar Lap has gone down in history as one of the most loved and revered racehorses of all time, capturing the hearts of the public during the dark times of the Great Depression.

A New Zealand born horse that did most of his racing on Australian tracks, Phar Lap was a big horse. Unfortunately he met a tragic end over in California, where he died in mysterious and suspicious circumstances in 1932.

Still, the legend of Phar Lap lives on to this day.

He was a giant of a horse who dominated American race tracks during the early to mid 1900s. What was so incredible about Man O’ War, apart from his size, was the distances by which he won some of his races.

As examples, he won the prestigious Belmont Stakes by 20 lengths, then went on and won the Kenilworth Park Gold Cup by an incredible 100 lengths!

In fact, Man O’ War was so dominant on the race track that other trainers didn’t want to race against him.

A mammoth horse with a mammoth racing record.

As a racing 2 year old, Secretariat totally dominated the field. This champion young horse became the first juvenile horse to be awarded Horse of the Year.

Secretariat won the Triple Crown in incredible fashion. Starting from last place in the Kentucky Derby, he surged home to win the race in under 2 minutes. His next feat came in the Preakness Stakes, where he won in a new track record time. To win the Triple Crown he took the post first in the Belmont Stakes, claiming victory by a massive 31 lengths.
Get the Latest & Recommended articles in your Inbox

Makybe Diva is the only racehorse in history to win the Melbourne Cup 3 times in succession, when she achieved this monumental feat in 2003, 2004 and again in 2005. It’s a feat that’s likely to never be repeated.She is rated as one of the greatest mares in the history of horse racing; not just in Australia, but around the world.
Throughout her impressive career, Makybe Diva also won many other major Australian races, including the W.S. Cox Plate and the Sydney Cup. Have you been horse races? Who are your favorite racehorses? If this is the first time you are reading about them share it with your friends and thrill them with these details, if you know more about this subject share in the comments in below.
Copyrights © 2023 Inspiration Unlimited eMagazine

This Page Has Inspired
1110
People So Far..
Any facts, figures or references stated here are made by the author & don't reflect the endorsement of iU at all times unless otherwise drafted by official staff at iU. This article was first published here on 20th April 2019.