This Page Has Inspired
1046
People So Far..
The horse racing calendar is packed with great prospects for placing your bets, with the following races sure to be ones to catch.

If you’re looking for potential candidates for wagers in upcoming races, the following racehorses could be ones to watch and take note of when looking for free bet offers at the races. 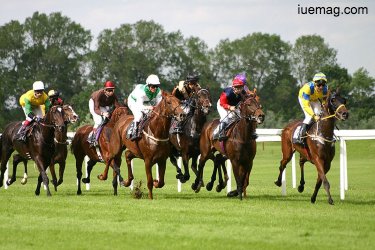 When Ivatheengine got off the mark at Windsor back in May, they showed plenty of promise and a great attitude. Since changing hands for 120,000 pounds in the summer, it will be his first outing for Paul Cole and could be a promising start. Glendevon may have had some struggles when it comes to training, but he’s shown a lot of improvement when he raced at Kempton several weeks ago.

Ruby Power has come back from a 72-day absence stronger than ever and ready to take to his first run on synthetics with gusto. Similarly, Danny Ocean and Broken Rifle are worth noting for this race. Sheriffmuir lost out by just a neck last month but they wouldn’t need much improvement in order to win, while Bridgewater Bay should have gained some experienced from their Wolverhampton debut so they should be in a good position going forward.


Shakem Up’Arry finished third on his racecourse debut at Ffos Las in February and has displayed a lot of promise for future races. As the son of Flemensfirth, he could prove difficult to beat with regards to hurdles. Mr. Top Hat is also one to watch, boasting great flat form and earning himself some respect from his first start over hurdles, while Flash De Clerval is the one to pick when it comes to solid jumping experience. While Donatello Mail hasn’t shown much with regards to hurdles, they won a point to point event last year, so they deserve consideration this time.


Champagne Chase could have won with ease at Chepstow last time around, if it wasn’t for unseating his rider at the final fence, so he is one to watch. Similarly, Un Guet Apens, Haul Us In and Celtic Flames are all worthy contenders following lengthy breaks that should leave them geared up and ready to give it their all. Last month’s winner Square Viviani showed an impressive performance and even a 7lb rise in ratings is unlikely to hinder him if he’s on similar form.
Get the Latest & Recommended articles in your Inbox

It was only a length that stopped Rebel Redemption from winning at Lingfield last time, so he’s of serious interest now. Likewise, Red Maharani and Sir Rodneyredblood are also threatening contenders if their latest efforts are overlooked. Martin’s Brig has caught the eye of many, particularly after their performance at Newcastle on their debut, so the step up to a mile could be a great way of building on their opening effort.
Mazikeen is in a similar boat – they were fifth at Lingfield on their first outing which shows a lot of promise. This race could also be a great starting point for Beechwood Jim Bob, Mark Johnston’s latest newcomer.
Copyrights © 2023 Inspiration Unlimited eMagazine

This Page Has Inspired
1046
People So Far..
Any facts, figures or references stated here are made by the author & don't reflect the endorsement of iU at all times unless otherwise drafted by official staff at iU. This article was first published here on 22nd December 2019.