December 13: 5 POWER Lessons From 5 Leaders Who Made History On This DAY!

You will begin to fall in love with history when you actually get to know about the lives of some of our great leaders who achieved what is considered impossible even today. The below piece is sure to prove to you the famous quote of Winston Churchill ï¿½ "Study history, study history. In history lie all the secrets of statecraft."
This Page Has Inspired
1050
People So Far..

1. There’s always a better way to do it – find it; you will make history! 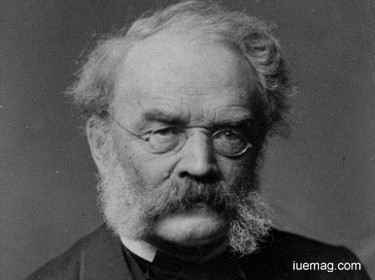 While the world appreciates the latest innovations, there are still a few who always see how better it could be made. The hunt for perfection is what leads to more innovation. Ernst Werner Siemens, was a German inventor and industrialist, who is known for his advances in various technologies, always chose to work on perfecting technologies that had already been established.

At the time, the telegraphs used Morse code to transmit information over wires. Siemens invented a telegraph that used a needle to point to the right letter, instead – an entirely new solution in electric communications. This innovation that got him a lot of recognition led him to founding ‘Telegraphen-Bauanstalt von Siemens & Halske’ on 1 October 1847. Within a few decades, the ten-man factory grew into an internationally operating electrical engineering firm and is now one of the largest electro-technological firms in the world.

Due to his many other contributions to the development of electrical engineering, his name is adopted as the SI unit of electrical conductance, the siemens. Known as the founding father of the discipline in Germany, he also built the world's first electric elevator in 1880.

2. Everything in the world needs upgrading. Keep learning; because, the second you stop, you will be outdated.

Frequently referred to as one of America's finest contemporary poets, James Wright was admired for his willingness and ability to experiment with language, style, and for his thematic concerns.

The poverty and human suffering he witnessed as a child profoundly influenced his writing and he used his poetry as a mode to discuss his political and social concerns. Wright possessed the ability to reinvent his writing style at will, moving easily from stage to stage. His earlier work adheres to conventional systems of meter and stanza, while his later work exhibits more open, looser forms. His continuous improvements in his style of writing won him the Yale Series of Younger Poets Award, for 'The Green Wall', in 1957.

His ability to adapt the trends and accordingly writing his poems, is what made him one of the most influential writers of his time. Still admired for his experimental thoughts, his writings have set an example for poets for decades. Elected a fellow of the Academy of American Poets in 1971, Wright’s Collected Poems also received the Pulitzer Prize in poetry.

3. Duties or obstacles can never be a reason for anyone to not pursue their passion. You may want to pause, but never stop! 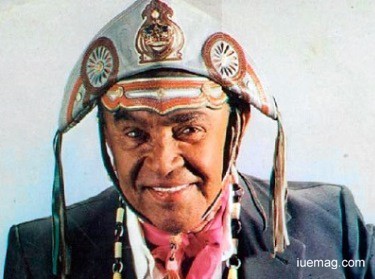 Many a times what we pursue and what we wished to pursue vary; the reasons are many – sometimes duties, career opportunities and so on. In the fight to reach the destination faster, the main ingredient of life – happiness, is itself missed.  Born in the tiny farming town in 1912, having a little formal education and working in the fields from the age of seven due to the struggles in the family, did not become reasons for Luiz Gonzaga to not become the popular Brazilian singer he did. One of the most sought after figures in the twentieth century, Gonzaga was also brilliant songwriter and a poet. He has been called a "revolutionary", for having created the musical genre baião.

Gonzaga was attracted to the accordion at a very early age, and used to accompany his father at parties and other celebrations. Very soon, his musical journey was interrupted by his requirement in the military. Although, this period was a long break from being a musician, he did not miss to get back to it after his services. He began performing in the streets and in bars later on. Very soon, his music was popular; he became a regular at radio shows and started making records. His greatest hit ever, ‘Asa Branca’, recorded in 1947, was covered countless times by many artists.

His journey is a perfect illustration of how, challenges can never be an excuse to not reach your dreams.

4. When life shuts a door, open it again. It’s a door and that’s how it works. Sometimes, it’s all about how you see the failure. 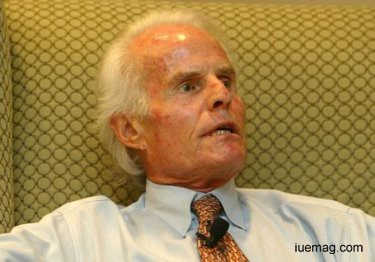 All of us tend to experience a journey, where everything goes smooth and we continue to fly higher and higher. All of a sudden, turbulence causes to spoil all the happiness. This moment is the most crucial part of life where one needs to make the right decision. Most people wouldn’t survive from the attack, but those who believe in experiencing a better journey next time, fight back and live through it. One such fighter, who lived through a fall from heights, was Richard Darryl Zanuck, an American film producer who produced box office hits like ‘Cocoon’ and ‘Driving Miss Daisy.’

Zanuck began his career in the film industry working for the 20th Century Fox, under his father. Soon in the 1960s, he became the president of the company. Unfortunately in 1967, he was fired by his own father after failures like ‘Doctor Dolittle.’ Although the decision threw multiple challenges at him, his ‘never give up’ attitude made him start all over again and soon he was the Vice President of Warner Bros.  Later, joining with David Brown, he formed an independent production company called the Zanuck/Brown Company at Universal Pictures. The two men produced many hits.

His efforts going to the set every day and watching the day’s work every night, even after producing large number of movies, made him one of the best producers of all times.

5. Understanding yourself is one of the most important qualities to becoming successful. Sometimes, you might better at something else, than what you do.

Vladimir Grigoryevich Tretchikoff, one of the most commercially successful artists of all time, was a self-taught painter.

When the Russian Revolution broke out in 1917, his family left their landed estates and fled from Petropavlovsk. Still a schoolboy, Tretchikoff helped out with the scenario in the family, by painting at the local opera house. The hobby soon began to consume him and through his dedication, he became a scene painter in no time at all. The very realization of the potential of using his skill to earn a living, was the beginning of his artistic career.

At the early age of 16, he received a commission from the Chinese-Eastern railway for his portraits, to hang in their new headquarters. His famous Chinese Girl(popularly known as ‘The Green Lady’) that took 4 years of his efforts, was one of the bestselling prints of the 20th century and sold millions of copies. Soon he exhibited his paintings to the crowds and was loved by everyone. One of the biggest of all was a large exhibition in 1962 at Harrods in London where he decided that the Harrods art gallery was too small to accommodate the crowds. He requested and was granted the privilege of having his exhibition in the ground-floor exhibition space. He had more than 205,000 visitors to this exhibition. His paintings have till date become a roadmap to be a successful artist; all it took was, identifying his own skills.

Learnings from these stories are a great way to enhance not just our knowledge, but also our attitudes to succeed in life. Stay awaited for lessons from more such leaders born each day of this month!
Get the Latest & Recommended articles in your Inbox

This Page Has Inspired
1050
People So Far..
Any facts, figures or references stated here are made by the author & don't reflect the endorsement of iU at all times unless otherwise drafted by official staff at iU. This article was first published here on 13th December 2016.
iU eMagazine
Editorial Team of iU eMagazine