December 17: 5 POWER Lessons From 5 Leaders Who Made History On This DAY!

The next few minutes of your life that you spend in reading the below lessons, while you learn from the journeys of some of the phenomenal personalities born this day, who lived as legends and will continue to live in this world through their work, can be one of the reasons to become the kind of leader you will be in the next few years..
This Page Has Inspired
1025
People So Far..

1. Leadership is about making others better as a result of your presence and making sure that impact lasts in your absence.

William Safire, a writer whose column ‘On Language’, a long-running feature of The New York Times Magazine, is till date remembered for his contribution to the media. He was also an author and a presidential speechwriter.

Born in New York City in 1929, William Safire spent his early career as a speechwriter and public relations writer, also working as a special assistant to President Richard Nixon. He joined the New York Times as a political columnist in 1973. He had previously been a radio and television producer and a U.S. Army correspondent. In the 33 years that he spent writing ‘On Language’, the longest ever by anyone so far, he never let his politics get in the way of his love of words. Every writing of his created a huge impact on his readers and is still remembered for his contribution to the media world. Upon announcing the retirement of Safire's political column in 2005, Arthur Sulzberger Jr., publisher of The New York Times, said:

‘The New York Times without Bill Safire is all but unimaginable; Bill's provocative and insightful commentary has held our readers captive since he first graced our Op-Ed Page in 1973. Whether you agreed with him or not was never the point, his writing is delightful, informed and engaging.’

2. Often, age and experience are considered one and the same. Well, maturity comes with experience irrespective of your age. Never stop doing what you do just because you haven’t yet reached a certain age! 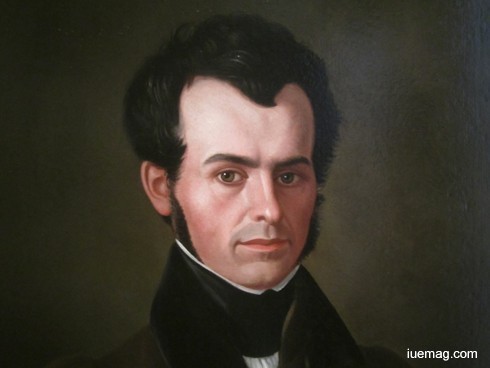 Remembered particularly for his anti-slavery writings, John Greenleaf Whittier, an American Quaker poet, began his journey as a poet when he was just 17. His first published poem, “The Exile’s Departure," was published in William Lloyd Garrison’s Newburyport Free Press, that gained a lot of attention. Having had very little formal school due to financial issues, supporting himself as a shoemaker and schoolteacher, he later attended Haverhill Academy.

By the time he was 20, he had published enough verse to bring him to the attention of editors and readers in the antislavery cause.  Whittier worked passionately for a series of abolitionist newspapers and magazines. He also edited American Manufacturer and Essex Gazette before becoming editor of the important New England Weekly Review.

Not just for his work as a poet, but Whittier is also most appreciated for his contribution to abolition of slavery. He was still 25 when he published the antislavery pamphlet ‘Justice and Expediency’ and from there, he dedicated the next twenty years of his life to the abolitionist cause!

3. Life is full of obstacles, but don’t allow your problems to overshadow your strength. You have to be strong to face different challenges of life. Out of difficulties grow miracles. 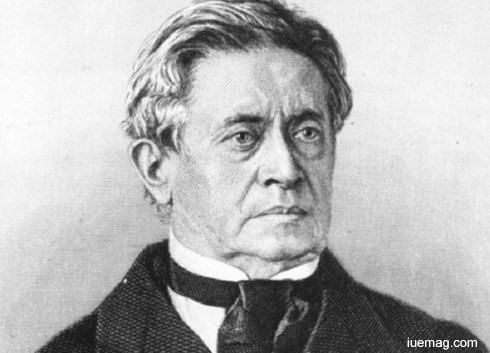 Born December 17, 1797 in Albany, New York, Joseph Henry helped Samuel F.B. Morse develop the telegraph. He discovered several important principles of electricity. He observed electromagnetic induction a year before Michael Faraday announced its discovery, including self-induction. Since Faraday published his results first on the same subject, he became the officially recognized discoverer of the phenomenon. Henry made improvements to electromagnets. In 1893 the standard unit of electrical inductance was named in his honour.

Born in a family which was not financially sustained, Henry's father died while he was still young. For the rest of his childhood, Henry lived with his grandmother in Galway, New York. After school, he worked at a general store, and at the age of thirteen became an apprentice watchmaker and silversmith. In 1819 he entered The Albany Academy, where he was given free tuition. Even with free tuition he was so poor that he had to support himself with teaching and private tutoring positions.  He intended to go into medicine, but his financial requirements led him to work as an assistant engineer. From then on, he was inspired to a career in either civil or mechanical engineering.

His later researches led him to recognize the property of self-inductance. Henry was a member of the United States Lighthouse Board in 1852. He was later appointed chairman in and served in that position the remainder of his life. He was the only civilian to serve as chairman.

4. There is no success without sacrifice. Remember, nothing that’s worthwhile is ever easy! 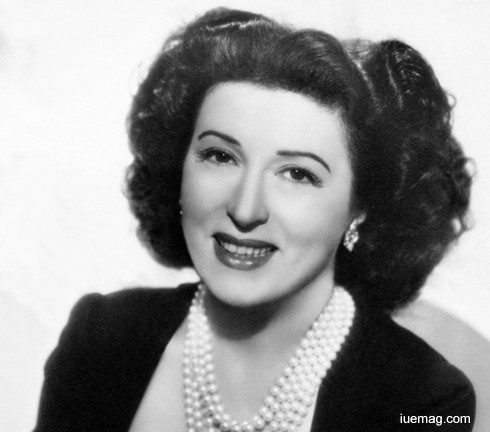 Winner of Academy Awards, USA for Best Actress in a Supporting Role, Katina Paxinou was an actress from Greece who starred in several plays and movies. She was best known for starring the role of Pilar in an American war film ‘For Whom the Bell Tolls’. One of the greatest Greek actresses of the 20th century, she was active as an opera singer as a child.

Paxinou was trained in Switzerland as an opera singer; it was later that she decided to begin her acting career, which was not encouraged by her family. Though she received support and care from her parents for being an opera singer, they never approved her of her career in acting. It was one of the toughest decisions of her life to prioritize either her family or her career. Though many in her position would have chosen to stay with the family, she chose the latter and had to go through such times, when she was still 19years old. Her courage to do so, led her to several successes in the industry. She made her acting debut in 1920 at the Municipal Theatre of Piraeus. She made her feature film debut in 1943 by starring in ‘For Whom the Bell Tolls.’ For this role she was honored with Academy Awards, USA and Golden Globes, USA and she also became a first non-American actress to win an Oscar in her debut feature film.

5. Never give up trying to do what you really want to do. Success might be just too close. It’s about the extra mile you walk, that will make you extra-ordinary. 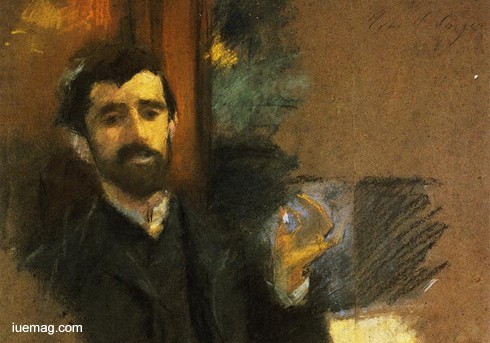 Over the course of his career as a painter, creating over 1,500 colour and black-and-white prints, Paul César Helleu, was best known for his numerous portraits of beautiful society women of the Belle Époque.

His father, who was a customs inspector, died when Helleu was in his teens. Despite opposition from his widowed mother, he then went to Paris and studied at Lycée Chaptal.

In 1876, at age 16, he was admitted to the École des Beaux-Arts, beginning academic training in art. When he was 18 years old, Helleu established a close friendship with John Singer Sargent, four years his senior, that was to last his lifetime. Already becoming established, Sargent was receiving commissions for his work. Helleu had not sold anything, and was deeply discouraged almost to the point of abandoning his studies. Almost when at the point of giving up, he decided he wouldn’t do so. The universe aligned it for him when he passed this testing phase of his life. Sargent went to Helleu and picked one of his paintings, praising his technique and buying the picture, paying him a thousand-franc note.

Soon, Helleu was displaying works to much acclaim at several galleries. In 1904, Helleu was awarded the Légion d'honneur and became one of the most celebrated artists of the Edwardian era in both Paris and London!

We believe that each of these lessons shall be the reason to create a positive change in you and for a new beginning of a better and more inspired life! Stay awaited for more such lessons to come from the journeys of such great leaders born each day of this month, who have casted unlimited inspiration in the society.
Get the Latest & Recommended articles in your Inbox

This Page Has Inspired
1025
People So Far..
Any facts, figures or references stated here are made by the author & don't reflect the endorsement of iU at all times unless otherwise drafted by official staff at iU. This article was first published here on 17th December 2016.
iU eMagazine
Editorial Team of iU eMagazine