December 23: 5 POWER Lessons From 5 Leaders Who Made History On This DAY!

You are sure to experience a storm of inspiration while you read these absolutely stimulating lessons from the lives of great leaders born this day!
This Page Has Inspired
1058
People So Far..

1. Your best stories will come from your struggles. The seeds of your success are in failures. Your praises will be born from pains. Keep Standing; a storm never lasts forever; seasons change. 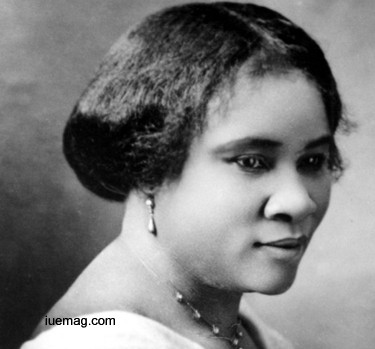 Renowned as one of the most successful African-American business owners ever, eulogized as the first female self-made millionaire in America was the founder of Madame C.J. Walker Manufacturing Company, Sarah Breedlove, known as Madam C. J. Walker, who has survived through some of the biggest storms in her life.

Orphaned at the age of seven, Sarah moved to Vicksburg, Mississippi and worked as a domestic. When her husband died two years after her marriage, in 1888, the 21 year old Sarah, along with her daughter moved to Saint Louis, Missouri and found work as a laundress, barely earning more than a dollar a day, but she was determined to make enough money to provide her daughter with a formal education. While in St. Louis, she met her second husband Charles J. Walker, who worked in advertising and would later help promote her hair care business.

During the 1890s, Sarah Breedlove developed a scalp disorder that caused her to lose much of her hair, and she began to experiment with both home remedies and store-bought hair care treatments in an attempt to improve her condition. Later on, her husband helped her create advertisements for a hair care treatment for African Americans that she was perfecting. In 1907, Walker and her husband travelled around the South and Southeast promoting her products and giving lecture demonstrations of her "Walker Method"—involving her own formula for pomade, brushing and the use of heated combs.

By 1910, the Madame C.J. Walker Manufacturing Company had become wildly successful, with profits that were the modern-day equivalent of several million dollars. She became one of the wealthiest African American women in the country and the world's most successful female entrepreneur of her time.

2. Passion is the difference between having a job and having a career. Your job is sure to help you grow once you begin to love it. 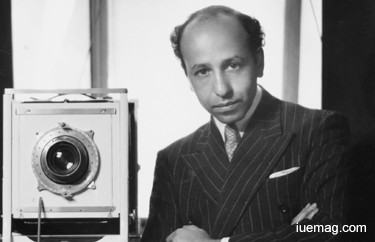 One of the greatest portrait photographers of the 20th century was Yousuf Karsh, whose extraordinary and unique portfolio presents the viewer with an intimate and compassionate view of humanity. Over his 67-year career, Karsh photographed some of the most notable thinkers, artists, entertainers and leaders of the 20th century, using a lighting technique he himself pioneered.

In 1922 when he was still 14, his father sent Karsh to Canada, where he began to work for his uncle and learn the art and science of photography. From 1928 to 1931 he served as an apprentice to John H. Garo, a Boston painter and portrait photographer, and briefly attended evening classes at art school. Garo introduced Karsh to artificial lighting techniques, which formed the basis for Karsh’s use of dramatic lighting in his portraits.

Karsh's work attracted the attention of varied celebrities and on 30 December 1941 he photographed Winston Churchill, after Churchill gave a speech to Canadian House of Commons in Ottawa. Churchill later said to him, “You can even make a roaring lion stand still to be photographed.” The image of Churchill brought Karsh international prominence, and is claimed to be the most reproduced photographic portrait in history.

Of the 100 most notable people of the century, named by the ‘International Who's Who’, Karsh had photographed 51. Karsh was also the only Canadian to make the list.

3. Life is never easy for those who dream.  Tough time never lasts, but tough people do! 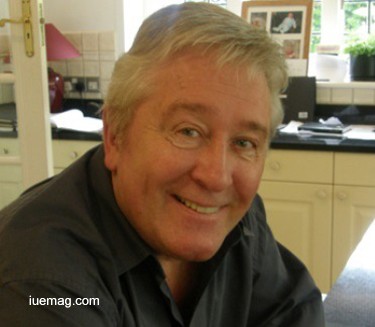 John Richard Thomas Sullivan was an English television scriptwriter responsible for several British sitcoms, including ‘Only Fools and Horses’, ‘Citizen Smith’ and ‘Just Good Friends.’ From working-class South London, Sullivan worked in a variety of low-paid jobs for 15 years before getting his first break writing ‘Citizen Smith.’

Sullivan was from a poor working-class background,[3] and grew up in Balham, South London. His Irish father was a plumber and his mother occasionally worked as a charwoman.[5] It was in Balham where he observed the sort of market trader that would later appear in his ‘Only Fools and Horses’. He failed his eleven-plus and attended Telferscot Secondary Modern School, where he had an inspirational English teacher who sparked an interest in reading the novels and discovered his talent for writing stories. Sullivan left the school at the age of 15 with no qualifications. He did, however attend evening classes in German and English, and read Teach Yourself books after leaving school. His first paid employment was as a messenger boy for Reuters, and he continued to work in a number of low-paid jobs in South London for a further 15 years.

Through Ray Butt, a BBC producer and director whom Sullivan had met and befriended when they, a draft script was shown to the Corporation's Head of Comedy, who commissioned Sullivan to write a full series under the title ‘Only Fools and Horses,’ which  won the BAFTA award for best comedy series in 1986, 1989 and 1997, as well as the RTS best comedy award in 1997 and best sitcom at the 1990 British Comedy Awards. Sullivan won the Writers' Guild of Great Britain comedy award and another from the Heritage Foundation in 2001. He will be best remembered for 'Only Fools and Horses', which ran for 10 years from 1981, defining the decade's get-rich-quick materialism for a generation.

4. They are just grades and can never measure your talent or decide your fate, it’s your self-education that does. 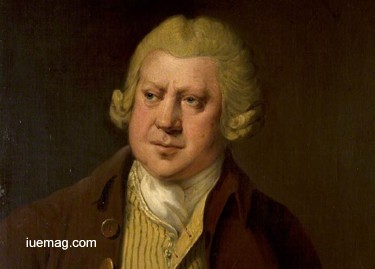 British inventor and entrepreneur who is considered the father of the factory system that started the Industrial Revolution in England, was Sir Richard Arkwright, who had no formal schooling at all.

With no formal schooling, the career path chosen for him was a barber, and he became an apprentice. Eventually he owned his own shop and became interested in the wig making business, which was declining; but, his travels collecting hair exposed him to different people in the spinning and weaving business, and he began to think there might be money in the textile industry. In the 1700s, cotton was the most laborious resource, out of all of the goods, because it took a great amount of time to weave them into textiles or clothes. While a few inventions had begun to speed up parts of the textile process, Arkwright would invent a machine and improve on another existing machine that could replace a person having to do the work. In the 1760s Arkwright invented a machine called the spinning frame, a device that could spin 128 threads at the same time. Compared to a person using a spinning wheel or the newer invention, the spinning jenny, which could spin eight threads at a time, Arkwright's invention was much more productive and created stronger thread.

Sir Richard Arkwright greatly contributed to this industry with inventions and business models that forever changed England and spurred the Industrial Revolution, a period of time when industry boomed and machines replaced or greatly changed the work of people.

5. Inspiration is everywhere. You just have to keep your eyes open; any moment can be the eureka moment of your life. 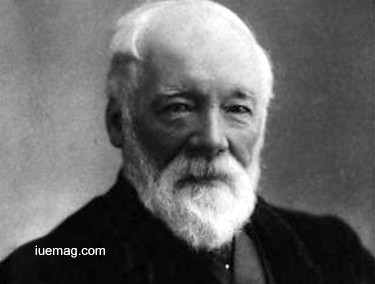 Samuel Smiles was a Scottish author and government reformer who campaigned on a Chartist platform, who also wrote the masterpiece, ‘Self-Help’, has been called “the bible of mid-Victorian liberalism.”

His father died in the cholera epidemic of 1832, but Smiles was enabled to continue with his studies because he was supported by his mother. She ran the small family general store firm in the belief that the lord will provide. Her example of working ceaselessly to support herself and his nine younger siblings strongly influenced Smiles’ future life.

The Self-Help promoted thrift and claimed that poverty was caused largely by irresponsible habits, while also attacking materialism and laissez-faire government. It has been called “the bible of mid-Victorian liberalism” and it raised Smiles to celebrity status almost overnight. It influenced and continues to influence writers from around the world. American inspirational writer Orison Swett Marden was inspired by Samuel Smiles as a result of having read Self-Help during his youth and decades later, he wrote Pushing to the Front and became a professional author as a result of Smiles' influence.

Each of these leaders has led a journey that us breath-taking and the lessons from their lives are certainly everlasting. We believe that you shall grab a lot of inspiration from these, to also become one such in the future whose stories will last for eternity and inspire many others too. Good luck!
Get the Latest & Recommended articles in your Inbox

This Page Has Inspired
1058
People So Far..
Any facts, figures or references stated here are made by the author & don't reflect the endorsement of iU at all times unless otherwise drafted by official staff at iU. This article was first published here on 23rd December 2016.
iU eMagazine
Editorial Team of iU eMagazine