December 29: 5 POWER Lessons From 5 Leaders Who Made History On This DAY!

Patience and determination are believed to be amongst the most defining qualities of those born on December 29th, which seems to be certainly true in case of these leaders from our history, who rarely faltered in the face of adversity, as they worked tirelessly to overcome any challenge or obstacle that they were confronted with. Read on for the best 5 lessons from their journey, that is sure to help you with yours..
This Page Has Inspired
1038
People So Far.. 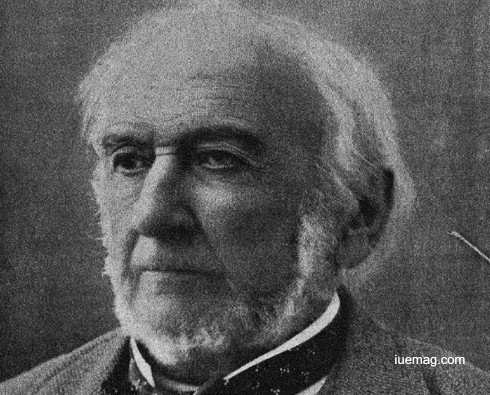 Four-time Liberal prime minister of Great Britain, William Ewart Gladstone was one of the dominant political figures of the Victorian era and a passionate campaigner on a huge variety of issues, including home rule for Ireland.

Known as the ‘The People's William’, he was a conservative when he entered politics, but later moved to the liberal party, where he remained till his retirement. A god-fearing person and man of principles, Gladstone brought a wave of reforms in Britain; he brought about a number of significant reforms such as disestablishment of the Church of Ireland and implementation of the Forster Education Act in 1870 to provide free elementary education.

His intelligence and command over language were two of his several impressive traits which he used to the best of his capacity. The number of reforms that he brought about while in power won him the approval of his countrymen, who elected him more than once. This former Prime Minster of the United Kingdom, who served four terms, worked towards the rehabilitation of prostitutes of London. He often walked up to them and motivated them to lead a decent life. During his fourth term as the PM (at the age of 82), influential journalist William Stead wrote “Mr. Gladstone is old enough to be the grandfather of the younger race of politicians, but his courage, his faith, and his versatility, put the youngest of them to shame.”

2. Never doubt yourself. Just work hard; the hard work puts you where the good luck can find you. 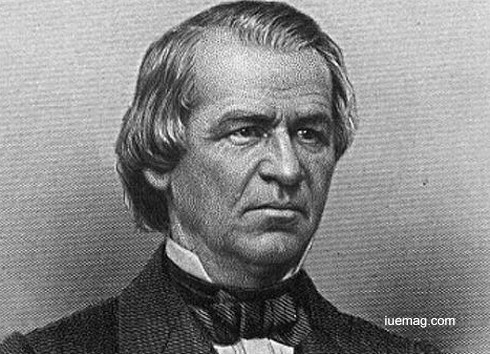 Andrew Johnson, the 17th President of United States of America, rose to the position when President Abraham Lincoln was assassinated. Born to an extremely poor family, this soon-to-be president never had the privilege of attending school and had to live life, the hard way.

Nevertheless, he was smart enough to build his future solely on his understanding of the politics of the time and through sheer hard work. Later, Eliza McCardle, his wife, helped him learn how to write and tutored him on many subjects. Throughout his tenure in politics, he worked towards offering a better life to the plebeians and served the best in his capacity.

A tailor before he entered politics, later served in the Tennessee legislature and U.S. Congress, and was governor of Tennessee. A Democrat, he championed populist measures and supported states’ rights. During the U.S. Civil War, Johnson was the only Southern senator to remain loyal to the Union. He became an adept stump speaker, protecting the common man and vilifying the plantation aristocracy. As a member of the House of Representatives and the Senate in the 1840's and '50's, he advocated a homestead bill to provide a free farm for the poor man. He is considered one of the greatest American politicians who was honest and was driven by patriotism.

3. Life is nothing without passion; with passion, you can make the impossible happen. 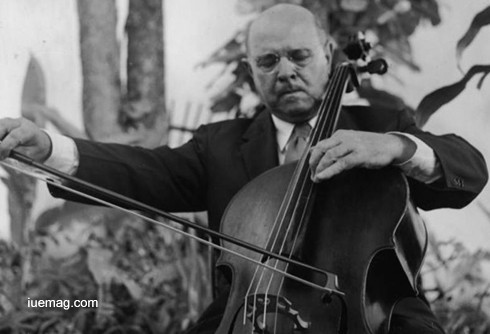 Pablo Casals is till date one of the most renowned named in the music fraternity. An eminent music personality, he went on to become the greatest cellist of the 20th century. By the age of eleven, he had mastered playing multiple instruments such as the piano, violin and flute.

No sooner he developed a passion for the instrument and resolved to take up a career in the same. Casals musical abilities and aspiration helped him go up the league. Casals became interested in the cello after seeing the instrument in a music recital at age eleven; soon, his father built him one. His parents argued about his future; his father wanted him to study carpentry, but his mother would not hear of it and enrolled him in the Municipal School of Music in Barcelona, Spain. Casals clashed with his strict instructors, preferring to play the cello in his own, more expressive, manner. His progress was extraordinary, and Casals' new way of playing made the cello a more popular instrument.

Among those impressed by Casals was the Spanish composer Isaac Albéniz. After hearing Casals play, Albéniz gave him a letter of introduction to Count Guillermo de Morphy, secretary to the Queen Regent of Spain, Maria Cristine. In 1894 Casals travelled to Madrid, Spain, and gave concerts for the queen and her court. Over the next few years his reputation spread as he played with various orchestras in Madrid. With his formal debut as a concert soloist in Paris, France, Casals's career was assured. He started performing for the royal and the influential class. It was for his outstanding contribution in the field of music that he was presented with the highly esteemed Presidential Medal of Freedom and U.N. Peace Medal. Though he made many recordings throughout his career, in solo, chamber, and orchestral music, and as a conductor, he is best reminisced for the recordings of the Bach Cello Suites which he created from 1936 to 1939.

4. Someday, everything will make perfect sense. So for now, laugh at the confusion, smile through the tears, and keep reminding yourself that everything happens for a reason. 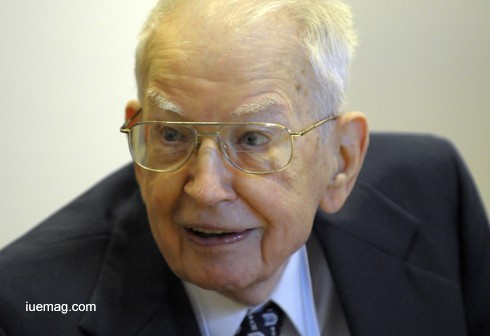 Ronald Coase was a British economist and author who won the Nobel Prize in Economics in 1991 for his discovery and clarification of the significance of transaction costs and property rights for the institutional structure and functioning of the economy. A highly learned and distinguished scholar; he was noted for his brilliant acumen and know-how of the minute details of the subject.

Coase suffered from weak legs in his childhood which caused him to wear leg-irons. This physical defectiveness led Coase to attend a school specially designed for children with physical defects. At the age of 12, he attained a scholarship that helped him enrol at the Kilburn Grammar School. He passed the matriculation exam with a distinction in history and chemistry. Though he wanted to pursue his higher education in history or chemistry, the inability to do so, due to lack of knowledge in Latin and mathematics required for studying the respective subjects, leading him to take up commerce.  After completing his first year of B.Comm, Coase moved to the University of London. He received a Sir Ernest Cassel Travelling Scholarship in United States which allowed him to study why the structure of American industries was organized in different ways. Through this study, he came up with a new concept of economic analysis, transaction costs and an explanation of why firms exist.

For most of his life, Coase held the position of Clifton R. Musser Professor Emeritus of Economics at the University of Chicago Law School. Coase rose to fame for his 1937 article ‘The Nature of the Firm’, which introduced to the readers the concept of transaction costs to explain the nature and limits of firms.

5. Stand up for what you believe in, even if it means standing alone. 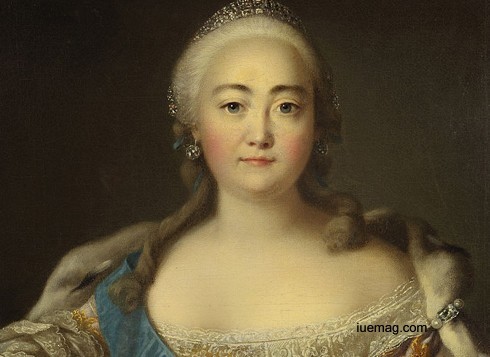 Elizabeth of Russia, also known as Elizaveta Petrovna, was the Empress of Russia, a very powerful and popular monarch who led the country into two major European wars—the War of Austrian Succession and the Seven Years' War.

Born as one of the daughters of Peter the Great and Catherine I, Elizabeth was a beautiful, intelligent and smart girl. As one of the only two daughters of her parents, who survived to adulthood, she was doted on by both her parents and was provided with a loving upbringing. In spite of not receiving a proper formal education, she was fluent in Italian, German and French, and was a talented dancer and rider. Upon the death of her father, her cousin Anna ascended to the throne, and upon the death of Empress Anna, the Russian Supreme Council chose the infant Ivan VI as the emperor, with his mother, Anna Leopoldovna, as regent. Disillusioned at this development Elizabeth staged a coup and seized power with the help of the Preobrazhensky Regiment to become the Empress of Russia. She proved to be a much loved and popular monarch.

She proved to have keen political instincts. She abolished the Supreme Council and reconstituted the Senate, replacing many of the foreigners who held top government positions with Russians. This not only solidified the morale of the citizens, it reduced foreign influence and gave her advisors she could trust to run the country. Not only was she an able political leader, she was also a patron of arts and played a key role in the founding of her country’s first university. She established funding for a university in Moscow, donated large sums of money to the Russian Orthodox Church and created a foundation for the arts.
Get the Latest & Recommended articles in your Inbox

This Page Has Inspired
1038
People So Far..
Any facts, figures or references stated here are made by the author & don't reflect the endorsement of iU at all times unless otherwise drafted by official staff at iU. This article was first published here on 29th December 2016.
iU eMagazine
Editorial Team of iU eMagazine