In the direct words of Dr Trilok Kumar Jain, who is currently the director for ecosystem for innovations and entrepreneurship at Suresh Gyan Vihar University. Read ON!
This Page Has Inspired
1074
People So Far..

Everyone is talking about the falling GDP Growth rate and rising unemployment, but nobody seems to be concerned about real issues. What we are witnessing are only a few outcomes of our own mismanaged society. We must give attention to the minute details in our processes so that we can find the reasons and solve them.

We are witnessing three trends in our society: -

These three trends are dangerous for our society as well. Let us discuss their present impact. 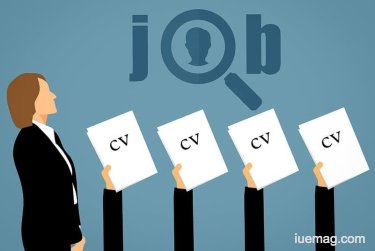 Exorbitant and unrealistic increase in salaries of government employees has put these jobs in premium categories. Skilled people are leaving their skills to try to get some government jobs. It should be the duty of governments to encourage people to take up skill-based work or to take up entrepreneurship based on some skills or expertise. It should be the duty of the governments to support those who are taking up some skill-based activities. India is fortunate to have a large number of skill-based groups. Traditional caste systems were based on skills and expertise. A person from the family of Gold-Smiths would be called a “Soni” or a person from the family of Carpenters would be called “Suthar”. These people had amazing expertise in their skills. They are now leaving their age-old expertise and turning towards government jobs – which is obvious. Government jobs have become more rewarding than these skill-based employments. This is unfortunate. The governments should have come forward to support the traditional skill grids and should have tried to encourage people to undertake advanced research, technical development, and skill advancement, but this support didn’t come. The governments are trying to set up new skill academies, which have not been able to develop themselves so far in spite of huge budgets and resources provided by governments.

People expect everything to be done by governments – even if it is done in a highly inefficient and ineffective manner. 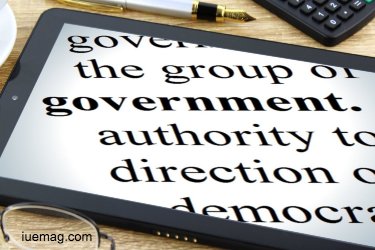 Governments should also try to make it clear that they cannot do everything. Most of the government departments are running at lower efficiency and fail to meet the expectations of the common people. Let’s take a look at higher educational institutions. Most of the higher educational institutions are inefficient because they are run by governments. Their output is visible in the rising number of unemployable youths, who are aimless and are easily persuaded by politicians for their narrow interests. These higher educational institutions are easily converted into political campaign centers. Whenever political leaders have to organize any rally or protests, they use these institutions for creating the required mob. Governments are unnecessarily pumping money into these institutions, which are neither efficient nor effective. If they can improve, they can become self-reliant also. But people want these institutions to remain in government control only – in spite of their overall negative contribution. Similar is the state in other sectors as well. Our governments operate with limited resources, which should be used in most essential sectors most efficiently and effectively.

During the last few months, an increasing number of youngsters have come to the streets to organize some protests. Most of these are students. They themselves don’t know the real reasons for the protests, but they have been used by some leaders to create the required numbers on the streets. Parents send their children to higher education institutions to acquire skills, a positive attitude, and the right knowledge. However, these parents don’t know that these institutions are drifting away from their children towards some political agenda. Some students even become full-time political activists during their college days. Instead of learning something, they spend their time with some so-called leaders. They waste away their academic life. A phone from some powerful leader saves them from the requirements of attendance and semester projects. Instead of merit-based appointments, they use political connections to secure some jobs. Unfortunately, most of the public service commissions are also manned by political appointees. Higher educational institutions and public service commissions are having enough political puppets, who serve the interests of some political leaders. Instead of encouraging youth to acquire skills, knowledge and the right attitude, we are pushing them towards a suicidal path. 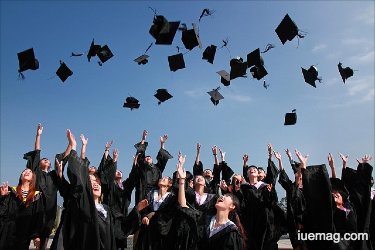 These problems are easy to solve. As a responsible citizen, we should stop expecting everything from governments and we should not crave for everything “free” from governments also. We should welcome private institutions in the domain of higher education if they try to offer quality education. We should oppose the moves of the politicians whereby they persuade youth towards protests and violent oppositions. We should demand governments to make a deadline before all higher educational institutions to ensure at least 25% placements. Those institutions which fail to reach 25% placements should be black-listed and should be stopped all government funding or support. We should realize that what governments are throwing away as public funds are hard-earned money of common people, piled together and given to governments to undertake some noble cause.

Higher education should compulsorily have parallel industry internships or practical projects to enable students to learn by doing. There is a need to put the youth in charge of creative ventures. These students have amazing capabilities. If they are put to creative projects, they can become transformers and innovators. We will no longer witness a crowd of unemployable youth shouting on streets and protesting against every government decision.
Get the Latest & Recommended articles in your Inbox

This Page Has Inspired
1074
People So Far..
Any facts, figures or references stated here are made by the author & don't reflect the endorsement of iU at all times unless otherwise drafted by official staff at iU. This article was first published here on 11th February 2020.
Dr. Trilok Kumar Jain
Dr. Trilok Kumar Jain is a contributing writer at Inspiration Unlimited eMagazin