List Of All Indian Medal Winners At Tokyo Olympics 2020 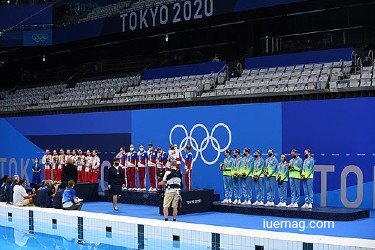 The IOC is the governing body that organizes the Olympic Games every four years, with Summer Olympics and Winter Olympics alternating every two years. From the participation by 14 nations and 241 athletes in the first Olympic Games held in Athens in 1896, nearly every country now participates in Olympics. In short, representing the country in the Olympics is a dream of every sports athlete carries today. In Olympics, Medals are awarded to the athletes or teams who attain a first, second, or third place in the events. The Winners are awarded a Gold medal, the runners-up receive a Silver medal and the third-place athletes receive a Bronze medal.

The Olympics was supposed to be organized in 2020 but was postponed to 2021 due to the COvid-19 pandemic. Japan was selected to be the host of the Olympic Games, hence the name Tokyo Olympics 2020.

Tokyo Olympics was a special one for India. Not only, did we win the highest number of medals (7) in one Olympics but the country has witnessed several record-breaking performances including the first-ever Gold in an athletic event at Olympics. Here is a list and a brief description of all the medal winners from India in Tokyo Olympics 2020: 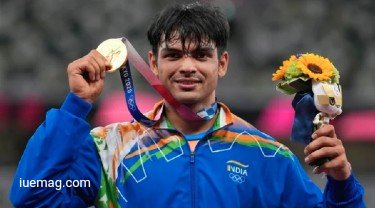 Neeraj Chopra created history for India by winning the first-ever Gold in athletics at the Olympics. He achieved this feat at Olympics 2020 held in Tokyo, Japan. Neeraj won the Gold Medal with a throw of 87.58 meters, achieving the ranking of World No.2 given by the World Athletics Organization.

Neeraj is the epitome of the ‘Never Give Up’ attitude and ‘Consistency’. He was born in a village named ‘Khandra’ in the Haryana state of India. In his childhood, he was often teased for his obesity as he weighed 80 kgs at the age of 11. His supportive father got him to join a local gym aware that his son would go on to become a national pride. In his effort to lose weight, Neeraj would also often visit the Panipat Stadium where he developed a fascination for Javelin Throw when he saw Mr. Jaiveer Chaudhary practiced. Soon after, Neeraj started training under him.

With his endless efforts and training, Neeraj grew himself in the sport and kept increasing his benchmark. He won several Gold Medals including in the 2018 Commonwealth Games and in the 2018 Asian Games. In 2019, an injury in his right elbow and the surgery that followed did certainly gave him a scare of having to be away forever from the sport he loved, but he bounced back with rigorous training and started breaking his previous records in several competitions he participated in. Then came the Olympics in 2021, and the rest we know is something that goes into the books of history forever. 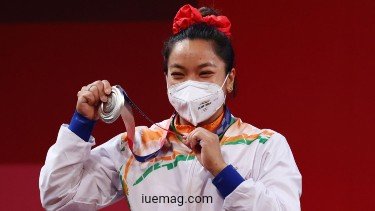 Hailing from Manipur, a north-eastern state of India, Mirabai Chanu has made India proud with her Silver Medal in the 49-kgs category. She is an example and an inspiration to the people from her village called Nongpok Kakching, the state, and the entire country as a whole.

She is truly an example that poverty and lack of food cannot stop a person with the fire for success in the belly. She was born and brought up in a small village and was the youngest among the six siblings. Her mother used to work in the paddy fields and run a tea shop in the village. A lot of credit for her success goes to her Mom as she was the one who identified Mirabai’s talent of weightlifting but also acted as great support whenever there were tough situations including after the performance in the Rio Olympics in 2016 in which Mirabai failed to lift in all 3 attempts. After the Rio Olympics, Mirabai even had the thoughts of quitting but recovered from the loss in a couple of months, started training again, and clinching Gold in the World Championships a year after the Rio Olympics.

The silver medal becomes even more inspiring with the revelation from Mirabai that she was on the 2nd day of her menstrual period, and was suffering from menstrual cramps on the previous day of the finals. She didn’t give up and was determined to give her best. Mirabai Chanu has many feathers on her hat including the Padma Shri Award (the 4th highest civilian honor) and Major Dhyan Chand Khel Ratna Award by the Government of India. 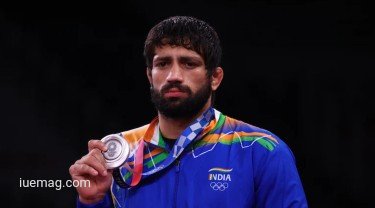 Ravi Kumar Dahiya has created history in Wrestling in India after becoming the 2nd Indian wrestler after Sushil Kumar, who had clichéd the Silver medal in the 2012 London Olympics. Ravi Dahiya won Gold in the 57Kgs Category.

Ravi Dahiya was born in the Nahri Village in the Sonipat district of Haryana in India. Ravi has been trained, since the age of 10, by the former wrestler of Indian and the Wrestling coach Mr. Satpal Singh. Ravi Dahiya received immense support from his family in the efforts of achieving the feat. His father, a farmer, used to travel 30 kms every day from his village to Chatrasal Stadium, the place where Ravi was getting trained, to bring him fresh milk, fruits, and ghee that were a part of Ravi’s diet.

Prior to winning Silver at Tokyo Olympics, Ravi is also a Bronze medalist from World Wrestling Championships and two-times Asian Champion. The lion (Ravi) isn’t satisfied with Winning the Silver and is eyeing the Gold in the upcoming Olympics in Paris in 2024. 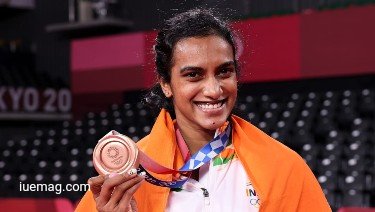 Among the Bronze Medal Winners at the Tokyo Olympics, was the World No.7 PV Sindhu who not only made the nation proud with her medal but became the first Indian woman ever to win 2 consecutive Olympic medals. She had clinched Silver at the 2016 Rio Olympics.

PV Sindhu hails from the city of Hyderabad in Telangana, India. She was inspired to take up Badminton because she was inspired by the success of Pullela Gopichand, the former ace shuttler with Arjuna Award, Dhronacharya, and Padma Bhushan in his kitty.

PV Sindhu’s dedication to the sport and her never-say-die spirit has been a great foundation on which she has built her successful badminton career. She traveled 56kms every day to come to Gopichand Academy from her residence, yet she always reached on time for the training.

Apart from 2 Olympic medals, she has won Gold at the 2019 World Championships, and Silvers at Commonwealth Games and Asian Games in 2018. She has been a recipient of awards including Major Dhyan Chand Khel Ratna Award, Padma Shri (the 4th highest civilian honor), and Padma Bhushan (the 3rd highest Civilian honor) from the Government of India.

Hailing from Assam, a north-eastern state of India, Lovlina Borgohain has created history by becoming only the 3rd Indian boxer to win a medal in the Olympics after Vijendra Singh in 2008 and MC Mary Kom in 2012. She won her Bronze Medal in the Women’s Welterweight category at the Tokyo Olympics.

The financial crisis in her home while growing up didn’t stop Lovlina from dreaming big. Her father is a small businessman who found it difficult to afford the training of his daughter but never gave up on it. She isn’t yet satisfied with the Bronze and dreams to win Gold for the country in Olympics. 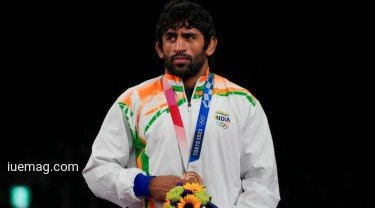 Bajrang Punia was certainly one of the favorites for winning Gold or a Silver at the Tokyo Olympics but had to settle for a Bronze owing to his injury. He won the Bronze medal in the 65-kg weight category in wrestling by dominating his opponent Kazakhstan’s Daulet Niyazbekov in the Bronze medal match and winning with a wide 8-0 lead.

He hails from Khudan village in the Jhajjar district of Haryana, India. His family couldn’t afford professional training in traditional sports and hence got him to join a local mud wrestling school. His family has been a great support for him. In 2015, the family moved to a city called Sonepat so that he can get his training from the Sports Authority of India (SAI) regional center. With his efforts and hard work, he went on to become the only wrestler with 3 medals in World Wrestling Championships. 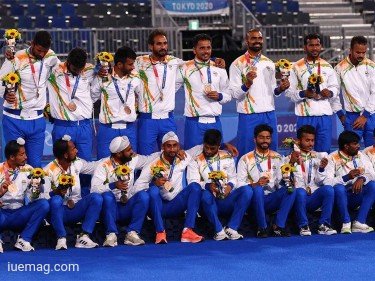 Led by Manpreet Singh, the Indian Hockey Team created a history for the country and the sport by winning an Olympic medal after a long wait of 41 years. The inspiring fact being that India was placed in Pool A clubbed alongside the teams like Argentina who are three-times World Champion, Australia- the current World No.1, New Zealand, Spain, and Japan- the host of the Olympics. They had a tough battle to fight with kind of a pool but Team India emerged victorious in the pool only losing a match to Australia and winning others.

Team India defeated Germany in the Bronze medal match to register their victory. Manpreet Singh led a side to the victory of the Bronze medal that had 10 out of 16 players having their maiden Olympics.

and Krishan Pathak, Varun Kumar, and Simranjit Singh as standbys.
The team was coached by Graham Reid, a former Australian player.

The medalists are not only a pride for the country but an epitome of inspiration for all the aspiring and budding sports athletes. The stories of medalists prove that the life challenges cannot stop a person who dreams big and is ready to give it all to achieve it, though it would take a lot of effort to get there, and it isn’t easy.

We wish to know that this inspires more people to take up Sports and make our country proud in the international arena.

Bajrang Punia: AP Photo
Get the Latest & Recommended articles in your Inbox

This Page Has Inspired
1026
People So Far..
Any facts, figures or references stated here are made by the author & don't reflect the endorsement of iU at all times unless otherwise drafted by official staff at iU. This article was first published here on 25th September 2021.