And Levon Aronian too. #StayInspiredOnTheGo
This Page Has Inspired
1040
People So Far.. 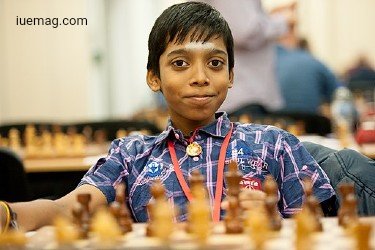 Feb 21, 2022 will be a remembered date for a historic event in the chess world that Indians witnessed. A young 16-year old chess player from India GM Praggnanandhaa defeated the World Champion Magnus Carlsen in an online Rapid tournament gathering praise from not only all the Indian chess stalwarts like Vishwanathan Anand but also from Mr. Sachin Tendulkar, the celebrated cricketer with several world records in his name.

If you have been wondering who Praggnanandhaa is, here is a brief account of the same:

Who is R Praggnanandhaa?

R Praggnanandhaa was born on August 10th, 2005 to Mr. Ramesh Babu (who works at a corporation bank), and Mrs. Nagalakshmi (homemaker) in Chennai (city) of the Tamilnadu state in India. He is the younger sibling to Ms. Vaishali R, a noted Indian Chess player.

His elder sister Vaishali R was an inspiration to start playing chess. She has won the Under 12 and Under 14 Girls’ World Youth Championship. She achieved her Woman International Master (WIM) in 2016 and became a Woman Grandmaster in August 2018. Her rating in 2016 was 2300, her current FIDE rating is 2403. In 2016, she was ranked 2nd in India and World no.12 Girl Under-16 player.

With the inspiration of his elder sister, R Praggnandhaa started playing chess at the tender age of 3 and hasn’t looked back since then. He is considered a chess prodigy due to the number of achievements and accolades he has gathered. Here is a brief list of his achievements: 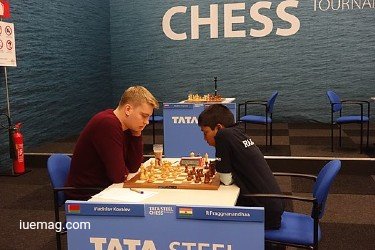 2. He became the 2nd youngest Grand Master (GM) in history in 2018. He achieved this title at the age of 12 years, 10 months, and 13 days only behind the Russian Grandmaster Mr. Sergey Karjakin who achieved it in 12 years and 7 months. Currently, he is the fifth-youngest person to become GM.

What is the title 'GM' all about?


FIDE recognizes the top chess players with titles like Candidates Master (CM), FIDE Master (FM), International Master (IM), and Grand Master (GM). These titles are given based on the combinations of FIDE ratings and norms. The Grand Master is the highest title that a player can receive and once received, it’s for a lifetime. To give you an idea of the level of difficulty in achieving those titles as per the estimated 800 million+ people who play chess [source], there are only 1721 Grand Masters globally.

The first-ever Indian to reach the title of Grand Master was Mr. Vishwanathan Anand (popularly known as Vishy Anand) who achieved this feat in 1988. He is still considered the icon and inspiration for all Indian chess players.

What is World Champion Title?

While ‘Grand Master’ is the highest chess title, the International Chess Federation (FIDE) organizes a World Championship competition every 2 years to determine the World Champion. Two leading players globally compete for the title. Mr. Vishwanathan Anand from India has been a Five-time World Champion & so has Magnus Carlsen been.

Who is Magnus Carlsen?

Magnus Carlsen is the current World Champion who defeated Vishwanathan Anand in 2013 to claim the title and has defended the title since then. He hails from Norway. He is also among the very few players to become a Five-time World Champion. With a FIDE rating of 2865 (as of writing this article), he is the highest-rated chess player in the world. 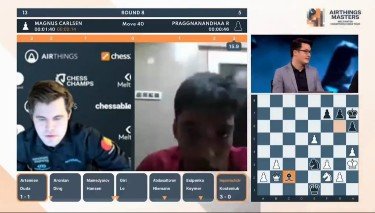 On February 20, 2022, Praggnandhaa became the third Indian player to win a game against World Champion Magnus Carlsen. Prior to this win, Mr. Vishwanathan Anand and Mr. P Harikrishna were the only Indians to have been able to do so. Praggnandhaa achieved this feat in an online rapid tournament named Airthings Masters organized by Chess24 and PlayMagnus Group.

Image 1: Wolfgang Jekel, CC BY 2.0, via Wikimedia Commons
Get the Latest & Recommended articles in your Inbox

This Page Has Inspired
1040
People So Far..
Any facts, figures or references stated here are made by the author & don't reflect the endorsement of iU at all times unless otherwise drafted by official staff at iU. This article was first published here on 23rd February 2022.