February 1: 5 POWER Lessons From 5 Leaders Who Made History On This DAY!

Whether at work or in case of personal life, we all want to become better leaders, but what does it take to reach there? What made great leaders to overcome those hardships and those challenging situations? Here are lessons from some of the greatest leaders from our history and you are sure to learn what characteristics made them great.
This Page Has Inspired
1042
People So Far..

1. “Don’t be ashamed of your story. It will inspire others.”

An abolitionist, writer and orator Frederick Douglass was the most important black American leader of the nineteenth century.

Douglass broke away from the shackles of slavery to become one of the leaders of the abolitionist movement in 19th century U.S. Born a slave, he was shuttled from one owner to another until he finally reached the house of Hugh and Sophia Auld. Sophia treated the boy with love and taught him to read and write, which was considered almost a crime in then. Douglass made it a point to teach other slaves what he learned. In a great display of courage, he successfully escaped from his master and joined the abolitionist movement.

He became involved with the American Anti-Slavery Society and despite any formal education, published his autobiography which became a bestseller and have been translated into several languages. For 16 years, he edited an influential black newspaper and achieved international fame as an inspiring and persuasive speaker and writer. He campaigned in favour of the black’s and women’s right to vote, and eloquently defended his stance at various conventions. In thousands of speeches and editorials, he levied a powerful indictment against slavery and racism, provided an indomitable voice of hope for his people, embraced antislavery politics and preached his own brand of American ideals. His writings and speeches became powerful testimonies to support the abolition of slavery. Douglass became the most influential African-American leader of the Nineteenth Century, and exemplified great moral courage in opposing slavery and injustice.

2. “Use what talents you possess; the woods would be very silent if no birds sang there except those that sang best.”

John Napier of Merchiston was a Scottish landowner known as a mathematician, physicist, and astronomer, who is best known as the discoverer of logarithms.

He started his formal education at the age of 13, as was the common tradition of that time. However, he soon dropped out of school and travelled to Europe, only to return to Scotland at the age of 21. The story of the founding of logarithms started when Napier would spending long hours doing lengthy calculations of astronomy. He thought there had be a better and an easier way to carry out such calculations. He worked on this idea for almost two decades before the concept of logarithms came into effect. He comprehended that all large numbers can be articulated using powers that are now known as the exponential form. This innovation paved way for advances in the fields of dynamics, astronomy, physics and even in astrology. While many of us complain about not being able to find a solution to a problem just for fays, his journey of working towards a better solution for 2 long decades is worth remembering every time we encounter an obstacle.

Napier also made improvements to the idea of the decimal fraction by starting the use of decimal points; a practice that very soon became common throughout Britain. He also invented the ‘Napier Bones’ which were devices that could be used as calculators. Among his several contributions to the field, his invention of logarithms is regarded as his greatest.

3. “The only way to discover the limits of the possible is to go beyond them into the impossible.” 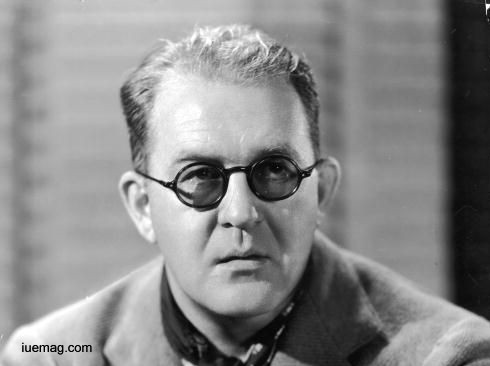 Best-known for directing Westerns and silent movies, John Ford is one of the most prominent filmmakers of all time. His films, whether westerns or in other genres, are notable for a turn-of-the-20th-century ideal of American masculinity.

Though many of his silent films are now lost in Hollywood archives, his legacy continues to live as ‘The Great American Director’. The 30s to 50s proved to be a crucial period in his career. Released in 1939, ‘Stagecoach’ is largely considered Ford’s magnum opus. This was one of the first sound-Western films of his time and the movie became such a grand success that it earned $1,103,757 at the box-office. It won a total of three important awards and earned 5 Academy Award nominations. From westerns to classics and romance, he experimented with a wide range of genres and unlike many other directors of his time, he was successful in most.

In a career that spanned more than 50 years, Ford directed more than 140 and he is widely regarded as one of the most important and influential filmmakers of his generation. Ford's films and personality were held in high regard by his colleagues, with Orson Welles and Ingmar Bergman among those who have named him as one of the greatest directors of all time.

4. “Don’t lose your real self in the search for the acceptance by others. Even if what you do isn’t accepted, just know every success was once unknown and rejected.” 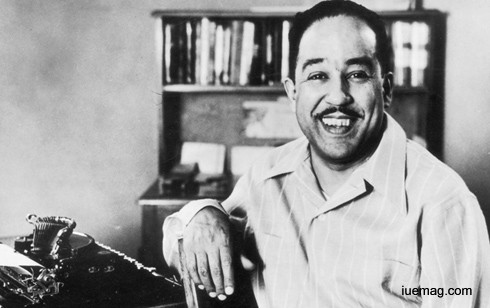 Langston Hughes was an American poet, social activist, novelist, playwright, and columnist from Joplin, Missouri, who was one of the earliest innovators of the then-new literary art form called jazz poetry. Hughes is best known as a leader of the Harlem Renaissance in New York City.

An influential writer during the period of 1920s Harlem Renaissance, the main objective of his work was to uplift the conditions of his people. Hughes, is particularly known for his insightful, colorful portrayals of black life in America from the twenties through the sixties. He wrote novels, short stories and plays, as well as poetry, and was also known for his engagement with the world of jazz and the influence it had on his writing. Unlike other notable black poets of the period—Claude McKay, Jean Toomer, and Countee Cullen—Hughes refused to differentiate between his personal experience and the common experience of black America. He wanted to tell the stories of his people in ways that reflected their actual culture, including both their suffering and their love of music, laughter, and language itself.

During the twenties when most American poets were turning inward, writing obscure and esoteric poetry to an ever decreasing audience of readers, Hughes was turning outward, using language and themes, attitudes and ideas familiar to anyone who had the ability simply to read. Until the time of his death, he spread his message to audiences throughout the country, having read his poetry to more people than any other American poet. In addition to leaving a large body of poetic work, Hughes wrote eleven plays and countless works of prose.

5. “The pain that you are feeling can’t be compared to the joy that’s coming.” 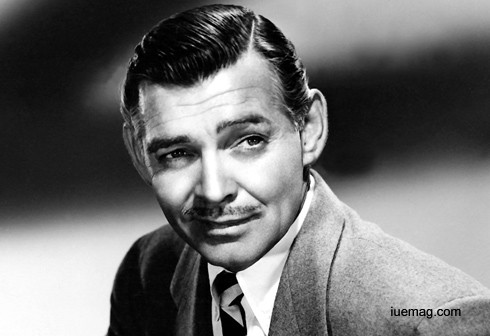 Clark Gable was an American film actor, who was one of the top-most Hollywood stars and was often referred to as "The King of Hollywood" or just simply as "The King,” having starred in the lead role in more than 60 motion pictures in a career spanning over three decades.

Gable dropped out of high school at 16 and went to work at a tire factory in Akron, Ohio. He tried to work his way up, by taking an unpaid job with a theater company, but his dream was temporarily derailed when his stepmother died in 1919. Later, he joined a traveling theater company, which quickly went bankrupt. He hitchhiked to Oregon and joined another company, where he met Josephine Dillon, the theater manager, also a former actress and respected theater teacher, took an interest in Gable. Gable worked as an extra in Hollywood before turning his attention to theater, where he received good reviews.

Back in Hollywood, Gable was rejected during his screen tests because his ears were thought to be too big for a leading man. He managed to land his first speaking role in a movie in 1931, and after seeing him on the big screen, MGM offered him a contract. By the end of the year, he had made a dozen films and launched his career as a leading man. Gable is considered one of the most consistent box-office performers in history and was named the seventh-greatest male star of classic American cinema by the American Film Institute.
Get the Latest & Recommended articles in your Inbox

This Page Has Inspired
1042
People So Far..
Any facts, figures or references stated here are made by the author & don't reflect the endorsement of iU at all times unless otherwise drafted by official staff at iU. This article was first published here on 1st February 2017.
iU eMagazine
Editorial Team of iU eMagazine