January 16: 5 POWER Lessons From 5 Leaders Who Made History On This DAY!

We certainly know that experience is the key to deeply understand knowledge, no matter how it was learned. But, to be able to prevent as much failure as possible in your future experiences, we bring to you, the lessons from great leaders born this day, whose experiences are sure to help you with yours.
This Page Has Inspired
1035
People So Far..

1. “A single feat of daring can alter the whole conception of what is possible.” 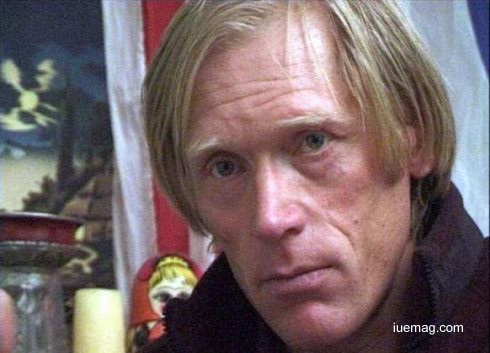 Anatoli Boukreev was a Russian mountaineer, who ascended some of the highest peaks on Earth in his lifetime. He was one of the toughest mountaineers of all time with an extraordinary stamina as compared to his contemporaries. He made some of the most incredible ascents in the history of mountain climbing, some of them without supplemental oxygen.

In 1987, he accomplished his first solo ascent of the Lenin Peak (7,134 m). He also mounted the third highest peak on earth, Kangchenjunga (8556 m), via a new route with ‘Second Soviet Himalaya Expedition’. His daring efforts to save fellow climbers in the blizzard of 1996 on Mount Everest is considered one of the greatest displays of courage and determination in the history of mountaineering rescues. In 1997, he was honoured with the ‘David A. Sowles Memorial Award’, American Alpine Club's highest award for valour in recognition of his heroic role in rescuing three climbers in the 1996 Everest disaster.

His expeditions were life-threatening because of avalanches, landslides, blizzards and many other mountaineering obstacles but his love for mountains was much greater than any hindrance that came up his way. He made ascents of seven of the fourteen eight-thousander peaks, i.e., peaks above 8,000 m, without supplemental oxygen. But his spirited life came to end when he was killed an avalanche during an ascent of Mount Annapurna in Nepal. His body was never recovered which could be interpreted as his final act of devotion towards his cathedral, the mountains. He regarded the mountains as his place of worship. 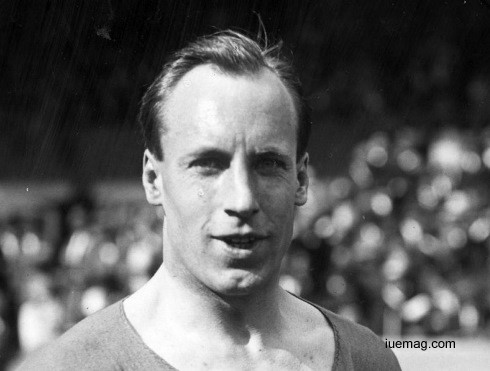 Eric Henry Liddell was a Scottish athlete, rugby player and a famous missionary. He was the winner of the men's 400 meters at the 1924 Summer Olympics in Paris.

In 1922 and 1923 he played for Scotland Rugby Union in the Five Nations. However, it was at running that he really excelled, and after setting a new British record in the 1923 100 yards sprint, he was considered a great prospect for the Olympics in 1924. Liddell was considered to be a strong favourite for the race. Sprinting from the start, he held onto win Gold and set a new Olympic record time of 47.6 seconds. In 1925, Liddell returned to northern China to serve as a missionary like his parents. In China he remained fit, but only competed sporadically. In 1943, the Japanese reached the mission statement and Liddell was interned. Many camp internee’s attest to the strong moral character of Liddell. He was seen as a great unifying force and helped to ease tensions through his selflessness and impartiality. His journey certainly illustrates love, sacrifice and true humanity.

It was revealed after the war that Liddell had turned down an opportunity to leave the camp, preferring instead to give his place to a pregnant women. His death left a profound vacuum within the camp – such was the strength of his personality and character.

3. “The best way to be successful is to be fearless. Once you become fearless, life becomes limitless.” 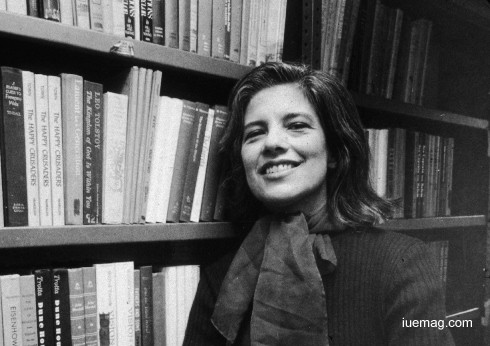 Susan Sontag was considered one of the most influential liberal thinkers in the United States during the twentieth century. She wrote seventeen books, which have been translated into thirty languages. She was also a filmmaker, playwright and theatre director. She was a human rights and anti-war activist too. Sontag was said to have owned fifteen thousand books in her personal library.

Her words were always thought-provoking and engaging, often generating a lot of debate and earning her both praise and criticism in equal measure. She educated herself extensively in literature, philosophy and religion, and accumulated profound experiences by interacting with intellectuals from various fields. In her first work, ‘On Photography’, she displayed confidence and maturity far beyond her age. Over the years, she did a variety of works, but film criticism was her forte, as she established herself as one of the foremost influential critics of her time.

Among her other numerous works, it was her laboriously compiled essays which brought out the aesthete inside her. In her later years, she went on to achieve mainstream commercial success with her two acclaimed novels ‘The Volcano Lover’ and ‘In America’. With a personality as bold as her writings, Sontag also became a vocal political activist against US’ war policies and visited the war-afflicted countries. A human rights activist for more than two decades, Ms. Sontag served from 1987 to 1989 as president of the American Center of PEN, the international writers’ organization dedicated to freedom of expression and the advancement of literature, from which platform she led a number of campaigns on behalf of persecuted and imprisoned writers. Even after her demise, Susan continues to live through her work and stand as an inspiration to the young liberal thinkers around the world. 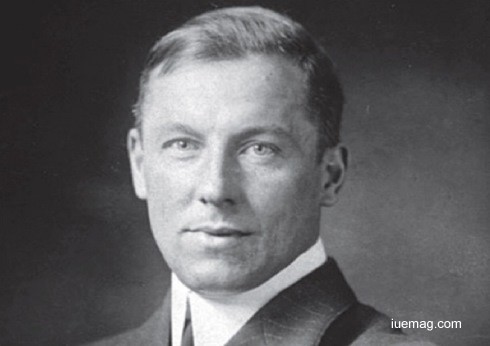 Robert William Service, one of the most proficient poets and writers, is till date remembered for contributing some of the most celebrated works in literature. It was his deep embedded passion for reading and writing since an early age that paved his way for future.

Service developed into an excellent student of poetry, and attended the University of Glasgow to study English Literature. He was quickly identified as one of the brightest in his class, though he also proved to be a bit audacious. While he was inspired by reading the works of Robert Browning, Lord Alfred Tennyson and John Keats in his initial years, later the works of Rudyard Kipling and Robert Louis Stevenson framed much of his writing style

Interestingly, despite taking up various works and living as a cowboy, the humble living condition did not dampen his interest in writing. The passion instead kindled and only blossomed finally resulting in the publication of his first work, ‘Songs of a Sourdough’. The book met with overwhelming response and catapulted Service’s reputation as a poet by miles. Songs of a Sourdough has sold more than three million copies, making it the most commercially successful book of poetry of the 20th century. What followed was a string of highly successful works which Service wrote drawing inspiration from the lore and tales of men and their experiences.

5. “Your success is your responsibility. Take the initiative, do the work, and persist to the end.” 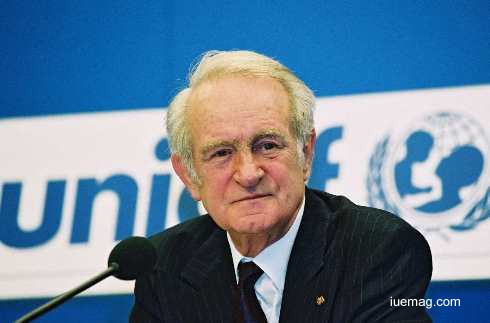 Johannes Rau was a German politician who served as the President of Germany. Before getting to the topmost position of the country, he held various political positions including the post of mayor of Wuppertal. Influenced by his protestant family, he regularly participated in ‘The Confessing Church’, which worked to actively raise their voice against the rise of Nazism. Rau considered it his life’s mission to mend the cracks that had developed in his country’s reputation and image due to Germany’s violent past.

The main focus of Rau, during the five years as the President of Germany, was to attempt a reunification of his country. He did so by eliminating the negativity that had been reproduced due to Germany’s violent and unstable past. His contribution towards ushering development in the field of higher studies was commendable. After becoming the Science and Education Minister in 1970, he went on to set up five universities at different locations. Rau is also credited with establishing the first distance learning institute at Hagen.

A number of doctorates and honorary prizes were conferred upon him in his political career. He was an ardent follower of Christianity and was also included as a member of the prestigious Synod of the Evangelical Church, Rhineland. The motto that he constantly swore by, in his political career was ‘to reconcile, not divide’. This helped him win the hearts of his countrymen, who still recognize his contribution in German history.
Get the Latest & Recommended articles in your Inbox

This Page Has Inspired
1035
People So Far..
Any facts, figures or references stated here are made by the author & don't reflect the endorsement of iU at all times unless otherwise drafted by official staff at iU. This article was first published here on 16th January 2017.
iU eMagazine
Editorial Team of iU eMagazine