January 23: 5 POWER Lessons From 5 Leaders Who Made History On This DAY!

Every single soul in this world faces issues on almost every single day. If there is ever a solution to overcome them, it is the fact that there are many others who have faced similar problems in the past. It is always the greatest leaders who faced the greatest challenges. Undoubtedly, we are sure to learn a lot from them, if we choose to. Here we bring to 5 powerful lessons from 5 great leaders in human history, whose journeys are sure to help you lead yours in the best way.
This Page Has Inspired
1039
People So Far..

1. “The unhappiest people in this world are those who care the most about what other people think. Believe in yourself and move on!” 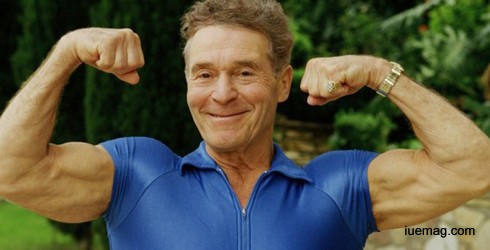 Francois Henri LaLanne, better known as Jack LaLanne, was an American chiropractor, body builder, and nutritional expert nicknamed as “the godfather of Fitness”. He began his career in health and fitness long before such concepts had become fashionable.

A self-proclaimed junk food addict and sugarholic whose early life was plagued by headaches, bulimia, and a short temper, LaLanne claimed his life changed at the age of 15 when he went to a lecture on health and nutrition. From that point on LaLanne (nicknamed Jack by his older brother), dedicated his life to fitness. LaLanne cut out sugar and other unhealthy foods from his diet and began exercising. He transformed into a top high school athlete, playing on his school's football and wrestling teams. In 1936 at the age of 21, he opened the country’s first fitness club, the Jack LaLanne Physical Culture Studio. Considered by many to be a fool and a fanatic, this pioneer invented the first weight machines and produced the first exercise video. He produced his own series of exercise videos and hosted a fitness show on television. He encouraged every section of the society—women, children, elderly, and disabled—to maintain a healthy lifestyle and exercise regularly. His methods were simple and his messages clear: fitness is for everyone and it is never too late. LaLanne’s nationally syndicated television program ran from 1959–1985. Working out for two hours a day until his death, Jack LaLanne certainly practiced what he preached, and is widely considered the father of the modern fitness movement.

2. “What the mind can conceive, it can achieve.” –Napoleon Hill 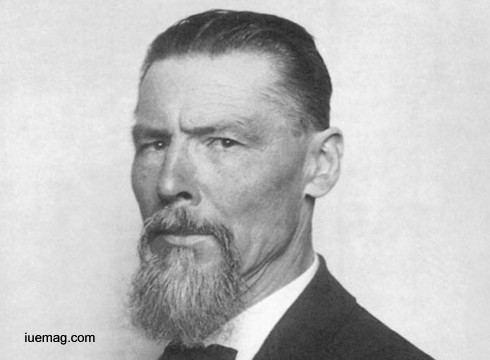 Jože Plečnik was a great Slovenian architect who tried to model the city of Ljubljana on ancient Athens. His style is associated with the Vienna Secession style of architecture, and his works dramatically transformed the identity of the city of Ljubljana, the capital of Slovenia. A student of the famous architect Otto Wagner, Plečnik was someone known for his innovative and original designs characterized by elements of both classical principles of architecture as well as folk art traditions. He is credited to have designed several pioneering works of modern architecture and has left his indelible impact not only in the architecture of Ljubljana, but also on the European cities Vienna and Prague.

From the mid-twenties onwards, one after another, the architect arranged a number of parks and squares in the town. Though he undertook very few projects in Prague, he achieved phenomenal fame for his renovation work on the Prague Castle for use as the presidential residence. He also had a career as a teacher at the Arts and Crafts College where he inspired several young artists and architects with his brilliant teaching techniques. As an architect, he led to the complete transformation of the city of Ljubljana which was in dire need of a drastic make-over following the long Baroque period. He gave the city its modern, visitor-friendly identity by designing major projects like the Triple Bridge over the Ljubljanica and the iconic building, the Slovene National and University Library.

3. “Poor is the man whose happiness depends on the permission of another. Don’t be afraid to stand for what you believe in.” 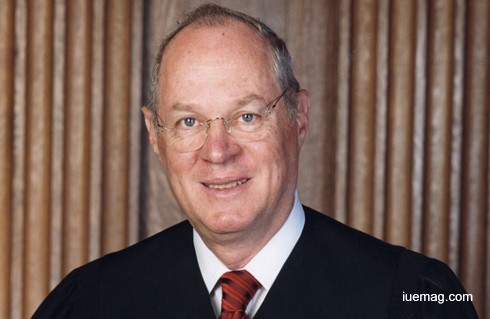 The man behind several of the ground breaking reforms in the legal system of the United States, Potter Stewart is primarily remembered for his contributions to criminal justice reforms and the Fourth Amendment jurisprudence.

A bright student, he graduated from the Yale Law School where he edited the ‘Yale Law Journal’. He entered private law practice after a stint in the Navy during the World War II. He was appointed to the United States Court of Appeals for the Sixth Circuit and was chosen by President Dwight Eisenhower to replace the retiring judge of the Supreme Court in 1959. He proved to be an astute and practical lawyer with a pragmatic bent of mind. As an Associate Justice of the United States Supreme Court, he was primarily known for his moderate viewpoint. He played a vital role in several landmark rulings of the Court and made significant contributions to the criminal justice and civil rights cases. In his opinion in Griswold v. Connecticut, Stewart upheld a law banning the sale of contraceptives. He supported women's right to abortion; he also linked property rights to people's personal rights in Lynch v. Household Finance.

He was best known for his statement "I know it when I see it" in relation to his judgment of obscenity regarding a particular case. Equally famous is his quote on capital punishment: “These death sentences are cruel and unusual in the same way that being struck by lightning is cruel and unusual”.

4. “Fearlessness is getting back up and fighting for what you want over and over again, even if you’ve lost every time you tried before.” 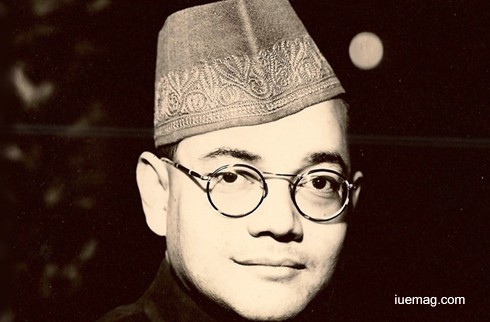 A true revolutionary and an Indian nationalist leader, Subhas Chandra Bose, is undoubtedly one of the prominent names that feature in the list of people who sacrificed their lives for India’s independence. He is popular across the country for his adage, “Give me Blood and I will give you Freedom”, which very well sums up his profound patriotism and love for the country.

His father wanted him to become a civil servant and hence, sent him to England to appear for the Indian Civil Service Examination. Bose was placed fourth with highest marks in English. But his urge for participating in the freedom movement was intense and in April 1921, he resigned from the coveted Indian Civil Service and went back to India. In his fervent wait to see India as an independent, federal and republic nation, he emerged as a charismatic influencer of the youth and earned the epithet ‘Netaji’ by establishing and leading the Indian National Army (INA) during India’s struggle for independence. He was admired within the congress for his great ability in organization development. He served several stints in prison for his nationalist activities during this time.

Interestingly, Clement Attlee, under whose prime-ministerial rule India gained independence, is said to have claimed that it was the Bose-led INA that weakened the very foundation of British troops and inspired the Royal Navy mutiny in 1946, leading the British to believe that they no longer were in a position to rule India. With his undaunted efforts he moulded himself as one of the most promising leaders during the Indian freedom struggle. Casting his influence on several Indians spread all over the world, his name will be permanently inscribed in the annals of Indian history.

5. “No one has the power to shatter you dreams unless you give it to them.” 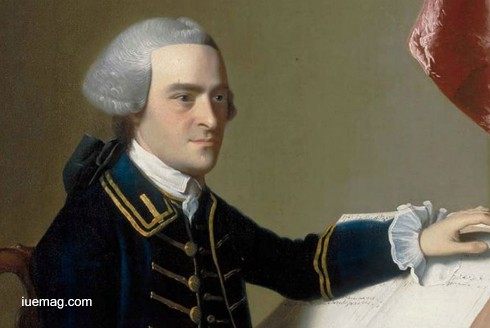 Orphaned at an early age, he was adopted by a wealthy childless relative who passed on his vast business to Hancock later. The young businessman met the influential politician Samuel Adams whose patriotic views kindled his interests in politics. He became actively involved in politics when the British government passed the Stamp Act that imposed a tax on the British American colonies causing uproar of disapproval from the colonists. The policies of the British were not only against patriotic sentiments, but also placed several hurdles in transacting business deals.

He was elected the president of the Continental Congress, and owing to his position, he was the first one to sign the U.S. Declaration of Independence. He was the first delegate to affix his signature on the document, which he did with flamboyance. John Hancock proved his drive and courage during the Revolutionary War. He was against the British and was promoted to major general in the Massachusetts militia. His leadership skills helped create the United States we know today. After the Revolutionary War, John Hancock returned to Massachusetts. In 1780, he was elected as the first governor. He was then re-elected 11 times until his death on October 3, 1793.
Get the Latest & Recommended articles in your Inbox

This Page Has Inspired
1039
People So Far..
Any facts, figures or references stated here are made by the author & don't reflect the endorsement of iU at all times unless otherwise drafted by official staff at iU. This article was first published here on 23rd January 2017.
iU eMagazine
Editorial Team of iU eMagazine