Looks Don't Matter, Your Attitude Does

As much be written about this is going to fall short to help the society in modern times. With increasing media, ease of communication and rise in social media, the amount of commenting and abuse of trolling/stalking and shaming has only increased. Here's Anish's perspective on starting with self-esteem to protect yourself and rise higher in these contemporary times. Read ON!
This Page Has Inspired
1031
People So Far.. 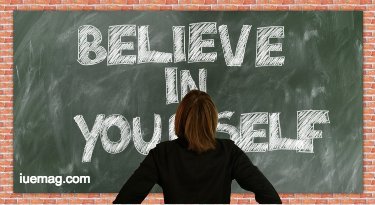 ‘I am too thin.’ ‘I am too fat.’ ‘I am too short.’ ‘I wish I was fairer in complexion’. Add hundreds of items in this list of most commonly heard phrases and it would still remain incomplete forever. Could we reflect back on our lives and count how many times have we hated being ourselves? I cannot as I had done it countless times, many times to the point of disgust and hatred towards myself in the past. But was it genuine dissatisfaction with oneself or failure to meet the society’s so called standards people have set in? If only people were more mindful and considerate about others, the world would be a lot better place to live in. From bullying in school and colleges to body shaming all perfectly reflect people’s deficiency of tolerance in dealing with diversity of human beings.

As ‘Stand and Deliver’ by Dale Carnegie Organization argues, the general rule about humour in public speaking is that you can make fun of only those aspects of people that they can control. Yet in the modern society this seldom happens. We never tend to think whether we are laughing with people or laughing on people. On a personal level next time may want to think once before laughing at a joke that’s marking some people or group as inferior or degrading. As a medical student I know the role of chance early from the fertilization till the end of our life. So there is a reason why someone is the way they are. Everyone is special the way they are.

Bullying and body shaming has been the two greatest form of the plague in the modern society. There is a great reason why the diseases like anorexia nervosa are so common in young girls and the incidence is rising. And the issue here is that we are not concerning about norm, behaviour, attitude, roles or actions one has to play as a part of the society. Attitude can be altered, behaviour can be changed and habits no matter how strongly ingrained can still be modified. The issue is people are being judged, bullied, hated, discriminated for the things they absolutely have no control over. In the book ‘Enchiridion of Epictetus’, the stoic philosopher author states regarding dichotomy of control: ‘Some things are within our power, while others are not. Within our power are opinion, motivation, desire, aversion, and, in a word, whatever is of our own doing; not within our power are our body, our property, reputation, office, and, in a word, whatever is not of our own doing.’

There are not much things people can change about their physical appearance, leave aside all the cosmetic and plastic surgeries which backfires the question of need of such procedures in the first place defeating the purpose. One can eat right, exercise and have positive mindset. Many things that dictated our appearance are either encoded by our genes or hereditary or by the fostering environment we get without our knowledge in the childhood. 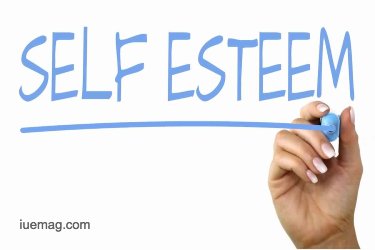 Many times people do it for masking their imperfections and create an illusion of satisfaction.. In his bestselling book ‘The Six Pillars of Self-Esteem’, author Nathaniel Branden states: ‘It would be hard to name a more certain sign of poor self-esteem than the need to perceive some other group as inferior.’ The solution is not as intimidating as the problem itself. It’s a simple awareness and act of consciousness. It’s not even kindness, you are not doing a favour by treating people in that manner. Like someone said in other callings, it should be as natural as breathing itself.

The girl you called fat might me starving herself to meet the society standards of beauty, the boy you teased for being black might feel humiliated by the fairness cream advertisement and using the same secretly, the man you bullied for being handicapped might have lost his family in the earthquake, the woman you laughed at for being fat and ugly might have been rejected to marry multiple times. The list is endless but the ultimate choice is yours: to add to the misdeed or a reawakening and courage to act differently.
Get the Latest & Recommended articles in your Inbox

This Page Has Inspired
1031
People So Far..
Any facts, figures or references stated here are made by the author & don't reflect the endorsement of iU at all times unless otherwise drafted by official staff at iU. This article was first published here on 11th July 2019.
Anish Dhakal
Anish Dhakal is a contributing writer at Inspiration Unlimited eMagazine.