How many of us have been through horrible lows in life that feel worse than the end of life and ending it feels easier? Here's the story of Ashma and how her friends helped her through it. All it takes is someone telling you "Can we talk?". Read ON!
This Page Has Inspired
1026
People So Far..
Is that Anish? A frightening tone stroked my ears while I was about to sleep late in the evening. It sounded familiar but trying to remember the caller on the opposite end of the phone only raised my level of palpitation. Before I could comprehend anything further the voice made a more familiar order. ‘Come quickly’ she ordered. Aashma just tried to commit a suicide. It was just a five-minute journey from my home to his but it was like a long exhausting path with overwhelming thoughts of Aashma and her mother Sabita who had just called. 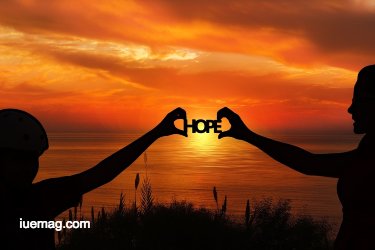 It was one hour later in Aashma’s house. Pin-drop silence in the room. She isn’t going to tell anything until we are here, whispered her mother into my ears. “Who is that boy?” asked Gaurav in an exciting tone which was neither expected nor appropriate at that setting. There are many things in life except boys, shouted Aashma. ‘I am done’, she said furiously. Everyone realized that it was not the right time for advices so on my sincere request they all left the room. Most people assumed that I would be able to handle the situation. Though I wasn’t their relative by blood they were much like a family to me and Aashma was so close to me.

‘Can we talk?’ I asked hesitantly. ‘I don’t think that would be of any use. I so often hate being myself Anish.’ I knew she had been recently diagnosed with PCOS, one of the most common diseases in the reproductive age with infertility being a major issue. ‘That damn disease!’ I whispered. Unfortunately she heard. ‘I stopped caring about that, Anish. I am so unfortunate that every portion of bad fortune in installments seems like a natural calling. I thought being an atheist would help but then I couldn’t tolerate how fortunate God had made everyone except me. Why me, Anish?’ It may not have been the best time to talk about the deepest lessons I have learnt in my life but it was vital if I wanted her to value her life. It was just a matter of seconds that her dog, Oscar came in the room, took something in its mouth and ran away. Probably it was searching someone to play with but no one in the house was in the jolly mood to meet its expectations.

‘Have you ever thought Aashma that you are so fortunate being a girl instead of that little dog?’ She looked confused and angry as she considered it to be my silly attempt to add humor to a serious situation. ‘What kind of a question is that?’ she shows an obvious sign of rage. ‘I am sorry. I just wanted you to learn to be thankful.’ ‘Oh, so will that solve all of my problems’, she murmured with a strong sense of sarcasm. ‘Neither suicide will but let’s give it a try.’ I don’t agree to such futile attempt Anish. ‘Do you suppose me to be thankful to God because he didn’t make me a dog!’ ‘Kind of.’ I replied. If you are not willing to learn to be places where you could be grateful, you will never find any. ‘Can’t you find a single person in the planet who is less fortunate than you are?’ I can, Anish but they’re not me. How can I?

I realized Aashma became more receptive let alone just for a moment. If you can compare yourself to others above you then you must have guts to be willing to see how many people are a lot more successful and happy with much less that what you have. I understand Anish. Yeah, I sometimes become so irrational and unreasonable. It’s alright Aashma but you know what even at this moment I am thankful for being able to comfort you a bit. So, you always find a reason to be thankful? I try to see and it turns out that there is little meaning in everything that happens. ‘So you mean all things happen for good?’ She seemed curious. ‘Or may me for good’, I replied but there is a condition? “What is that?” she asked. ‘Only if you have done your best from your side.’

She started crying. It took me a while to comprehend what I had said so daunting to made the situation serious again. There I was, a 21 year old guy acting like a suicide counselling expert and everything seemed going smoothly at first and then it was like where we started. Aashma! What happened? Nothing, Anish. I just want to die and make a new start. With all mistakes repeatedly performed, I don’t want to live. It didn’t take me another second to realize that I had said to give her best and she hadn’t in many callings of her life. ‘You can forgive yourself and make a new start. Death isn’t the ultimate start. Your decision to live differently is.’ The atmosphere of philosophy spread across the room. After a moment of silence, she whispered. How can I forgive myself when I have done so wrong and that too in uncountable scenarios? ‘Do you think there is a better option? I smiled probably first time in that dark night. ‘No, but….’ She refused to look at me, took out her smartphone and deleted a contact. I acted like nothing happened. I think you are right Anish but every time I try to forgive I get stuck into my past and all those dark sides continues to scare me. ‘You can start now, Aashma and try to do your best at each stage in your life.’
Get the Latest & Recommended articles in your Inbox

Aashma seemed fine at least to me at the moment. Soon after that I moved to another city for my higher studies. It had been three years since my so-called philosophy class that night. Everyone in Aashma’s family seemed happy even if they knew nothing of the conversation we had. Later her brother Gaurav told me that they had assumed that Aashma was in love with someone and since he didn’t love her, I convinced her to move on. I couldn’t control my laughter as he finished. Little did they know that their daughter was so overwhelmed with her imperfections that she tends to forget about all the precious treasures she still possesses being much more fortunate than million others on the planet. The situation tensed as Gaurav told me that Aashma had lost her both limbs in a car accident a year earlier. I wished to meet her so I hurried to her house with Gaurav. Tears rolled into my face uncontrollably as I saw her on a wheelchair. I am so sorry. I whispered to myself.

‘Welcome Anish’, she said smiling. The smile was more than enough to add a positive vibration to the room. ‘I have a special gift for you. You know why, she started laughing…laughing….. because I am so fortunate not to have to pay for my shoes.’

Have you had incidents of these sorts in your life? What's your story? Share a tid-bit in the comments below.
Copyrights © 2023 Inspiration Unlimited eMagazine

This Page Has Inspired
1026
People So Far..
Any facts, figures or references stated here are made by the author & don't reflect the endorsement of iU at all times unless otherwise drafted by official staff at iU. This article was first published here on 4th July 2019.
Anish Dhakal
Anish Dhakal is a contributing writer at Inspiration Unlimited eMagazine.