March 11: 5 POWER Lessons From 5 Leaders Who Made History On This DAY!

We certainly know that experience is the key to deeply understand a lesson, no matter how it was learned. But, to be able to prevent as much failure as possible in your future experiences, we bring to you, the lessons from great leaders born this day, whose experiences are sure to help you with yours.
This Page Has Inspired
1049
People So Far..

1. “The true pleasure resides in sharing joy and gifting smiles. Let your objective be empowering the planet while you also grow in accord to your dream.” 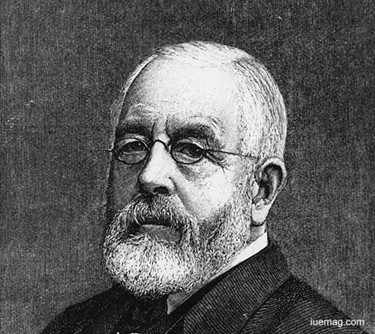 Gaining recognition, rewards, and appreciations are definitely dreamed and achieved. ‘what next’ must be the next key concern; But when your achievement that makes you happy, involves making others happy, it improves the world not just psychologically but also empowering others’ mental ability which drives them to transform their lives in the way they envision. Sir Henry Tate, 1st Baronet gifted materialistic aids which would directly hike up the under privileged people’s life styles along with spreading a wave of empowerment. He courageously inaugurated the era of growth in his life understanding the fact that, success multiplies if self is helped first.

An English sugar merchant and philanthropist, he was renowned for founding Tate Gallery, London. His preparation for attaining professional growth began when he was 13, as he became a grocer's apprentice, seven years after which, he potentially set up his own shop. Spirited youngsters are unstoppable! The successful businessman extended his venture to a string of stores and further partnered in a sugar refinery too. Giving a major place for charity for society betterment, he seldom generously presented the under privileged with his hard earned financial aid and gave away his 65 contemporary paintings and He particularly supported health and education with his earnings. He certainly stands as an idol for the present generation to invoke bliss.

2. “Intellect is always within you. You need to consciously and effectively make an attempt to pioneer the art of bringing it out.” 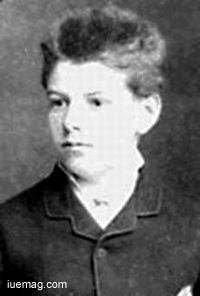 Louis Bachelier had been the heritage of knowledge and skill who redefined wisdom in terms of learning and culturing the essence of the domain he was subjected to. The flow of gaining knowledge is inherent in exploring the prospects of the concerned domain to throw light on something hidden or to give it a more elegant structure which truly marks your service to it. He was a French mathematician who was the first to model the stochastic process now called Brownian motion. Marking a start for a steep elevation in the graph of advancement, he which discussed the use of Brownian motion which was historically the first paper to use advanced mathematics in the study of finance.

The financial mathematics pioneer realized what life is all about when he began to look after his sister and three-year-old brother when his parents were no more; though he put is studies on hold, he gained a practical acquaintance with the financial markets and partly compensated his academics absence as he learnt about actual financial transactions and implementations. After his selfless military service, he restarted his studies. He practically proved that scores don’t grade one’s life; academic grades not being up to the mark never separated him from the title, ‘father of financial mathematics,’ a forever asset to his deserving life. He held the pride of having The Bachelier Society, named in his honor, the world-wide financial mathematics society.

3. “The struggles you go through and overcome, undeniably boosts your development.” 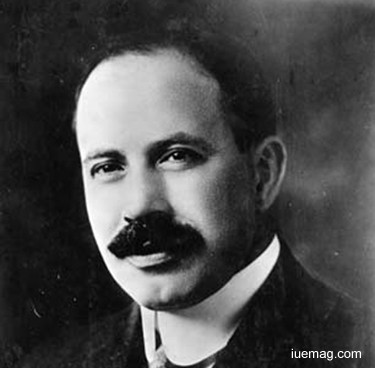 From an arm amputee working in mines to pioneering the film industry, 9 year old David Horsley accidently slipped on the railway tracks, injuring his tender hands when the wheels of the gigantic train ran over him. Due to the lack of medical care, fatal gangrene was a cause for his arm amputation. His will power dominated his deformities; the disabilities he faced during his life time acted as bridge for him to mirror his abilities realistically which in turn made him a reason for the world to unfold their potentials to discover fortune on their way to victory. Journeying the struggles, discomforts, deficiencies, deformities, differences all alone in darkness demands what is called as determination to its peak. Standing as an ambassador to courage, his life became a medium to inculcate the spirit and immense desire to persevere and decorate our lives by appending stars of hope.

Purely envisioned to bring about success, he founded the Centaur Film Company and its West Coast branch, the Nestor Film Company, which established the first film studio in Hollywood. Though weather conditions made filming an uncertain thing as camera technology of those days was dependent on sunshine, he never gave up on his decision to succeed. Hence, he never missed out on the opportunity to make a move to California which supports film making the entire year.

4. “Interest once cultivated, blazes into a bonfire. You need to decide of the purpose of this fire, which can act both, as the fire that burn your dreams, or as a torch to ignite your life.” 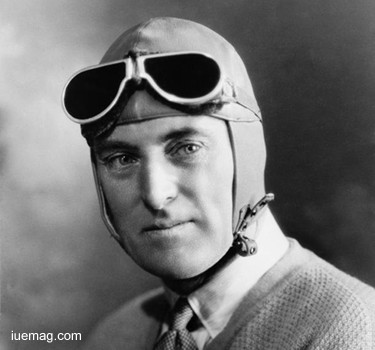 Everything happens for a reason and by a cause. Any such reason has 2 faces- one glows with optimism facilitating our growth; whereas the other often acts as a mask to all the hope which could be nurtured. It further lands up destructing our goals, liveliness and sole purpose of what has to be done and what is done. However, it doesn’t mean that only positives have to be considered and negatives must be forgotten. There is no point in not considering the minuses, but at same time never forget that every plus can neutralize, the pessimism ruling the hearts of many.

Major Sir Malcolm Campbell, a unique adventurer lived in a mini world enriched with his passion, which he had created to fill his every cell with what he loves, dreams and aims. British racing motorist and motoring journalist holds the world speed record on land and on water and used a vehicle called Blue Bird. Logics are nil when it comes to discovery of one’s passion. Same is the case in his life as well: learning extensive diamond trade and practical experiences of the same invoked the start of the journey of passion in the life of the racer, son of a diamond seller, as he was always fond of bicycling and motorcycling from the beginning. Since then, he ruled the era of adventure through his fabulous and lustrous motorbike racing.

5. “Imagination is where all the unknown answers live.”

Vannevar Bush was an American engineer, inventor and science administrator, gifted his life itself as a whole, as an embodiment for all of us to learn from. During World War II, he headed the U.S. Office of Scientific Research and Development (OSRD), through which almost all wartime military R&D was carried out. Gaining fame for his engineering of analog computers, he founded Raytheon, and the memex, a technological venture which pioneered the essence of it by casting global inspiration on the world as a whole to awaken their paused journey to achieve.  His venture influenced generations of computer scientists, and he was keenly responsible for the movement that led to the creation of the National Science Foundation.

A submarine-detection device that he invented during World War I was not adopted by the U.S. Navy, probably approaching and convincing was not up to the mark due to Bush’s lack of access to government policy makers. He took this mistake as challenge to better at it the next time. Rising from a fall must purely follow commitment and dedication to reach where you want to. Illustrating the same, Bush was granted 49 electronics patents during his life time.

Even after going through hardships and facing life alone, what ultimately matters is, have you made it or not? The end result is what the universe is concerned about. The beautiful kite flying high and coloring the sky is an enjoyable sight rather than looking at it from the thread point of view. So cherish the impact which the above stories have made within you and take back  these immensely powerful learnings which can turn you into an asset of this world.
Get the Latest & Recommended articles in your Inbox

This Page Has Inspired
1049
People So Far..
Any facts, figures or references stated here are made by the author & don't reflect the endorsement of iU at all times unless otherwise drafted by official staff at iU. This article was first published here on 11th March 2017.
iU eMagazine
Editorial Team of iU eMagazine