March 6: 5 POWER Lessons From 5 Leaders Who Made History On This DAY!

The breathtaking and astonishing contributions of remarkable personalities from our history continue to strike us with wonder, leaving behind a positive impact which has the power to cause a vibration of unlimited inspiration to quiver in all our hearts. Read on!
This Page Has Inspired
1024
People So Far..

1. “Purpose is the reason you journey. Passion is the fire that lights your way.” 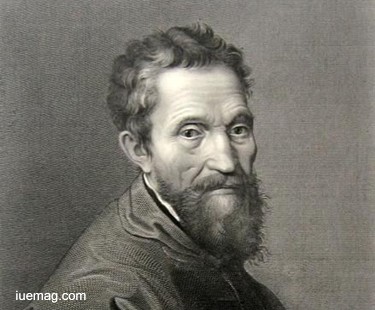 When you have all the knowledge, skill and interest in the work which you are bound to, then recognitions and rewards follow your way any ways. But when you work for true contentment, your will get to experience the purest essence of happiness and realize what it feels for fulfilling the purpose of life. Passion acts as the guiding element which bestows all that is needed to achieve your goal. Michelangelo discovered his passion and trusted his ability wholeheartedly. The indigenous artist from the past is undoubtedly an inspiration to every blooming talent to leave a mark in the society.

This Italian sculptor, painter, architect, and poet of the High Renaissance who exerted an unparalleled influence on the development of Western art is considered to be the greatest living artist during his lifetime. When renaissance casted a spell of change which reformed all aspects of life and culture, Michelangelo spread a wave of new philosophy, showered immense energy by the vibrations of his art and reflected the contemporary society with his new definition of cultural treasure.

When he was 6 years old, due to lack of interest in school, he was sent to a painter to master his interest. He learnt different techniques of painting and after a good training he gave life to a lot of famous paintings which featured his tender skills in portraying human forms.  His paintings fostered mythological and classical thoughts into the minds of art lovers. His was known for his unwavering color combinations, blend of aesthetic harmony and anatomical accuracy.

2. “A clear goal to channelize your action is what leads to success.” 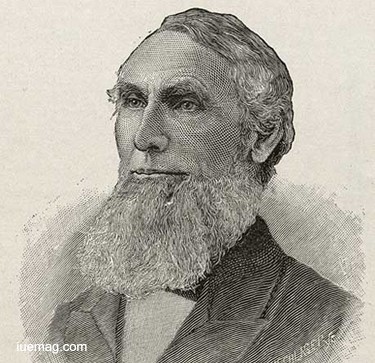 Dreams serve as the pillar of guidance which answers the question, “what is next?” Those who work towards a goal always tend to witness victory compared to souls who don’t nurture their dreams. Goals are the building blocks of energy which boost the actions of an achiever.

Aaron Lufkin Dennison was an American watchmaker and businessman who founded a number of companies. one of our many ground-breaking American pioneers, he guessed that production of watches would be systemized and perfected in the future and hence became the reason for the establishment of Waltham watch company reputed as the first company to produce reliable, affordable and interchangeable parts bearing watches.

As a child, Aaron earned pocket money by carrying a builder’s hod, working as a herdsman and as a clerk to a businessman. Later he cut and sold wood and then worked for his father in the cobbler’s shop until the age of 18. While there, he suggested the making of shoes in batches rather than one by one. At age 21, he learnt watch-repairing. He worked for three months without pay at the jewelers Currier & Trott and then worked for the next five months on wages.

3. “Spending time with yourself is what helps to discover the true you.” 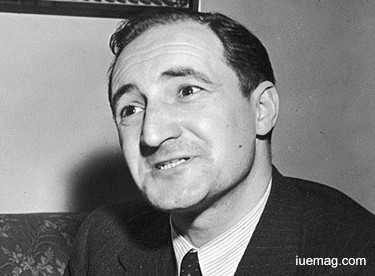 A lot of our questions get answered when keys and solutions are searched within us rather than hunting for them in the external world. A deep and clear self analysis founds the growth and development of us both personally and professionally. At 16, Jose Antonio Aguirre had to inculcate a fatherly love and responsibility to nurture his 10 younger brothers and sisters after his father’s death. After finishing his law studies, he began working in the family business, Chocolates Aguirre. He later looked after the business, known as the second largest in Spain, and introduced many reforms, including free health care and paid holidays, which significantly improved conditions for the workers in the factory. He also donated part of the business's revenue to the poor and advocated for social housing. There is more to his professional life as well!

During the Spanish Civil War, he was one of the main promoters of the Basque Country national football team, to raise funds for Basque refugee children whose parents had been forced into exile. Aguirre opposed the division of the party into 2 political streams, believing that the Basque Country was above any differences; he worked to unify the two parts and succeeded in 1930. Having been the first president of the Provisional Government of the Basque Country, as well as the executive's defense advisor during the Spanish Civil War, he led the Basque Army under the Provisional Government to fight for the Second Spanish Republic.

4. “The essence of truth is something beyond the existence of worldly facts! Make it your motive to witness what the life and world is all about.” 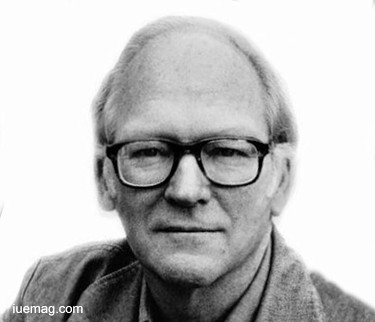 Donald Davidson, prolific philosophers of the late 20th century, dealt with problems by analyzing language, the various topics he tackled seem to constitute a grand design to resolve the crucial philosophical issue. He focused how to blend science and materialism with sense of ourselves as communicating. His theory of anomalous monism as a solution to the mind/body problem was an ingenious attempt to introduce a complete-physical-world perspective with one’s mental sense. Devoting himself to philosophy, he decided to show that philosophy of language lights a right way to understand ourselves. He contributed to the theories explaining about the interactions of and among humans.

Davidson was known for his charismatic personality and the depth and difficulty of his thought. His work exerted considerable influence in many areas of philosophy from the 1960s onward, particularly in philosophy of mind, philosophy of language, and action theory. While Davidson was an analytic philosopher, and most of his influence lies in that tradition, his work has attracted attention in continental philosophy as well, particularly in literary theory and related areas.  He developed an influential truth-conditional semantics, attacked the idea of mental events as governed by strict psychological laws, and rejected the conception of linguistic understanding.

5. “Believe in yourself, listen to your gut, and do what you love.”

When you are not limited to do what you are truly interested in, then why should there be any hesitation to start and succeed in what is called your passion? Time, age, circumstances and worldly educational qualifications are no bar for one to shine fervidly and gain fame for what he/she is made for. Defining the same, the writer Gabriel García Márquez had won worldwide readership with his brand named ‘magical realism’. Born in Aracataca, Colombia, writer Gabriel García Márquez turned into a journalist; family tales inspired him to become one by publishing his first story during his college days. His style majorly comprised fantastic and conventional narration. His exotic and fervid writing skills fetched him the Nobel Prize in 1982.

After consistently producing short fiction stories and screenplays, he dedicatedly and successfully completed his novel, Cien años de soledad, or One Hundred Years of Solitude, which fetched him international recognition. As millions of copies were sold across the world, more avid readers were added to his magical realism. He remained renowned for his conventional writing style along with a tinge of fantasy in it.

He left the physical world by suffering from cancer but successfully managed to leave a legacy to the world which is marked by his literary heritage. He stood as a treasure of literature in his own style. His tremendous writing skills and interest in inking, took him to a higher level of sanctity.

The everlasting learning process which ignites growth can be grasped by the lessons depicted by these masters. Learning from others experiences would also fetch ample amount of wisdom. Make use of all of it to realign and direct yourself to your destiny.
Get the Latest & Recommended articles in your Inbox

This Page Has Inspired
1024
People So Far..
Any facts, figures or references stated here are made by the author & don't reflect the endorsement of iU at all times unless otherwise drafted by official staff at iU. This article was first published here on 6th March 2017.
iU eMagazine
Editorial Team of iU eMagazine