Five Of The Best Football Teams Of Years Gone By

Football holds a long history and here's a quick inspiring sneak peak into this world of adrenaline. If you aren't a football lover, you would fall in love once you dive deep into every aspect of what's written here. Read ON!
This Page Has Inspired
1031
People So Far.. 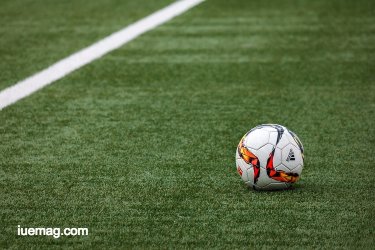 There have been many great, great football teams throughout the long and colourful history of the beautiful game. From international teams such as the great Ferenc Puskas Hungary outfit of the 1950's to the Total Football genius of Johan Cruyff and his fellow Dutch masters of the 1970's.

Then of course there's the club scene. Where to start there? How about Alfredo Di Stefano and the all-conquering Real Madrid vintage of the sixties? Or how about the Ajax and Bayern Munich teams of the mid-seventies? Inspired by Cruyff and Franz Beckenbauer respectively, the Dutch and German giants each won the European Cup three times straight between 1970 And 1976.

However, we can choose just five teams in history. Sure some will disagree and argue that their own or other teams or clubs should be included. But here we list our picks for five of the greatest teams in footballing history.

Throughout history Spain has boasted some fantastic players and squads. However, up and until 2008 the closest the Spanish national team had come to actually collecting some silverware on the world stage after winning the 1964 European Championship was a runners up medal at the 1984 European Championship finals.

Fast forward 22 years and Luis Aragones arrived at the European Championships in Austria and Switzerland with his star-studded squad with the whole nation expecting them to do well but not necessarily to break their long trophy duck. With players of the ilk of Xavi, Andres Iniesta, Fernando Torres, Sergio Ramos and David Villa at their disposal though, Spain were highly fancied to win the tournament and after cruising through the group stages and defeating Italy on penalties in the quarter-finals, Aragones' men trounced the impressive Russians 3-0 in the semis before Torres' solo strike against Germany in Vienna finally ended the country's long wait for silverware.

After Aragones' retirement, Vicente del Bosque took over the reigns and despite suffering a shock loss to the Swiss in their opening game, the squad recovered to knock out old rivals Portugal, Paraguay and Germany (again), before Iniesta sent the whole country into ecstasy with the winning goal in extra time to defeat the Dutch in Johannesburg and see Spain crowned World champions for the first time in their history.

Two years later they were at it again, retaining the title as European champions with a truly emphatic 4-0 victory over Italy in the final in Warsaw. This great era for Spanish football also saw La Roja crowned FIFA's team of the year six times between 2008 and 2013, an incredible feat.

When Arsene Wenger arrived at Highbury in late-1996 he did so as a relative unknown. Prized from the lucrative Japanese J-League his methods have been described as revolutionary by a number of the players that have gone on to represent both him and the club.

After recruiting the likes of Emmanuel Petit and Marc Overmars to add to an existing squad containing top players such as captain fantastic Tony Adams, Ian Wright and Dennis Bergkamp, Wenger guided the Gunners to a first-ever league and cup double in 1998 before repeating the historic feat in 2001/02.

A third FA Cup victory followed a year later before Wenger led the North London club to perhaps their greatest ever season in 2003/04 as the squad won a third title under his leadership only this time without losing a single game, the first team ever to complete a 38-game campaign undefeated.

It was a truly remarkable feat with a squad now containing superstars such as Thierry Henry, Robert Pires and Patrick Vieira. 26 wins and 12 draws meant that the total of 90 points wasn't the highest recorded by a Premier League-winning club, but with that oh so impressive zero in the games lost column of the final table it was certainly one of the most impressive feats of recent years.

Oh how the Emirates faithful must yearn for a return to those days of yesteryear!

You couldn't have a list of the greatest ever teams without including the World Cup winners of 1970. There have been countless memorable Brazilian teams in history, think the World Cup-winning sides of 1958 and 1962 or Tele Santana's class of 1982, often referred to as the best team never to win the World Cup. Then you have the 2002 champions and the three R's, Ronaldo, Rivaldo and Ronaldinho, what a trio they were.

But then there is the 1970 vintage under Mario Zagallo's supervision. A team at the peak of their powers. With Pele the star and a supporting cast consisting of Carlos Alberto, the captain, the diminutive playmaker Tostao and goal scoring widemen Jairzinho and Rivelino, Brazil were the Harlem Globetrotters of their time. In their opening match of the tournament they defeated Czechoslovakia 4-1. However, the real headline of the day was Pele's audacious attempt to chip the Czech goalkeeper from the halfway line only to see his attempt fall just wide. The David Beckham of his day you could argue.
Get the Latest & Recommended articles in your Inbox

Brazil emerged victorious from their next fixture, a 1-0 win over reigning champions England before a 3-2 victory over Romania and a 4-2 quarter-final win over Peru saw Pele et al pitched against Uruguay, the first time the two teams had met since La Celeste's shock 1950 World Cup win. However, Zagallo's men saved their best for last. On a glorious afternoon in Mexico City's Azteca Stadium the Selecao wiped the floor with Luigi Riva's Italy, crushing them 4-1 in the glorious sunshine. Pele opened the scoring before Italy replied, only for Gerson to hammer home and Jairzinho to become the first player in history to score in every match of the finals before perhaps the most famous goal in finals history from Carlos Alberto. What a goal, what a team. Possibly the best ever? 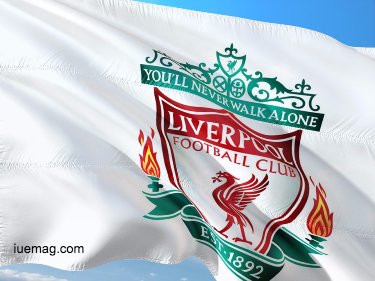 No English club has ever dominated European football like the formidable Liverpool team of the late seventies and early eighties. Between 1977 and 1981, Bob Paisley, the quiet successor to the great Bill Shankly led the mighty Reds to the peak of European football, not once, not twice but three times in just four years. Never before had an English team dominated Europe's premier club competition the way Liverpool did four decades ago.

Sure Manchester United had followed Celtic as winners of the European Cup nearly a decade before but Liverpool dominated the scene thanks to a squad of players consisting of Phil Thompson, Kevin Keegan and John Toshack before Graeme Souness and The King, Kenny Dalglish, arrived in 1978 from north of the border. Final victories over Borussia Monchengladbach in 1977, Brugge in 1978 and European heavyweights Real Madrid in 1981 firmly put Liverpool on the world footballing map forever.

Wow. What can you say about the Barcelona team of 2014/15? In their 115th year, the campaign turned into one of the finest in their long history as the club celebrated an historic treble by winning the La Liga title, the Copa del Rey and UEFA Champions League trophies. In doing so the club replicated their historic treble of 2008/09, becoming the first European club to complete a treble on two separate occasions. 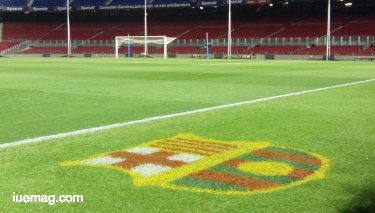 As always Lionel Messi proved to be the catalyst for Barca's success and his partnership with Neymar and new arrival Luis Suarez saw the trio score 122 goals between them over the course of an incredible campaign. Undoubtedly, there will be those who disagree with the choices listed above. However, although it is difficult to narrow it down to just five from all the wonderful teams in history, nobody can deny that the teams listed above were all great teams. Manchester City, after their wonderful start to the season, 31 points from a potential 33, could well one day be listed in such illustrious company. And you can check out all the best odds on City winning the Premier League title amongst others by viewing the sports betting at sunbets.co.uk.
Are you a fan of Football? Which team do you follow the most? Tag a football lover in the comments below.
#StayInspiredOnTheGO #InspirationUnlimited #DigiWise
Copyrights © 2022 Inspiration Unlimited eMagazine

This Page Has Inspired
1031
People So Far..
Any facts, figures or references stated here are made by the author & don't reflect the endorsement of iU at all times unless otherwise drafted by official staff at iU. This article was first published here on 21st November 2017.