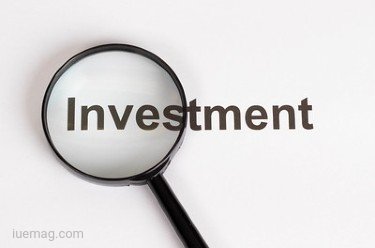 According to ‘The state of Indian Startup Ecosystem’ report by Inc42, India is home to 38,815 active startups, and 5,694 investors (as of April 2021). India is the third-largest start-up ecosystem in the world. With the various government initiatives like Startup India, Atmanirbhar Bharat, Digital India; and the incessant support from venture capital firms, the Indian startup ecosystem is at its prime at the moment. In 2020 alone, India witnessed 12 startups joining the unicorn club (startups with valuations of $1 billion or more). In the first half of 2021, the country has witnessed the entry of 15 startups into the unicorn club.

So, if you are looking for an investment in your startup, here is a list of Top 10 VC firms in India along with the sectors they invest in: 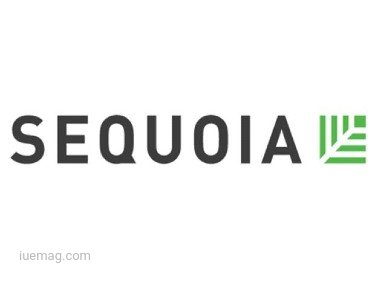 Sequoia India is the Indian subsidiary of the USA-based Venture Capital firm Sequoia. Founded by Mr. Donald T Valentine in 1972, it is headquartered in California, USA. It was launched in India in the year 2000. Sequoia India has been one of the prominent investors in the Indian Startup Ecosystem.
It invests in companies that are raising early-stage and late-stage funding. Some of the successful Indian brands Sequoia has invested in include BYJU’s, OYO Rooms, Bounce, Apna, Zomato, and Unacademy. In Hurun India's Top Unicorn Investors List 2020, Sequoia India occupied the top position with 8 Unicorns in its portfolio. Sequoia India manages an estimated $5.4 billion in investments. 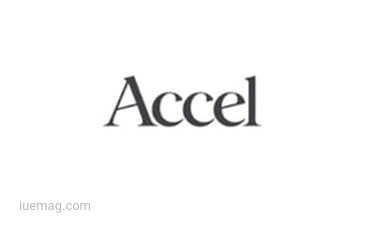 Accel (formerly known as Accel Partners) is a USA-based venture capital firm founded by Mr. Arthur Patterson and Mr. Jim Swartz in 1983. It is headquartered in California, USA, and is among the oldest venture capital firms in the world. In October 2020, it was rebranded from Accel Partners to Accel. Accel invests in ideas that are highly scalable and have the potential to turn into Unicorns. In India, top startups invested in by Accel include BigBasket, Freshworks, Swiggy, Flipkart, and Cure.fit among others.

Areas of Investment: While its major focus is on Internet Technology companies; the other sectors invested in by Accel includes Computing and storage infrastructure, Ecommerce, Media Enterprises, SaaS, Mobile startups 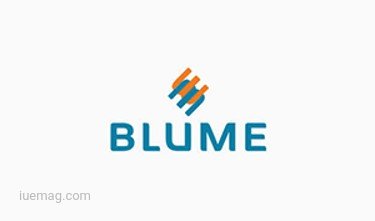 Blume Ventures is founded by Mr. Karthik Reddy and Mr. Sanjay Nath in 2010. It is founded on the belief to create a fund that can move as fast as angel investors, and yet maintain an institutional approach. It is a multi-sector funding venture capital firm that has invested in diverse sectors and companies in over a decade of its presence. TaxiForSure, HealthifyMe, Cashify, and Instamojo are some of the companies in its portfolio. According to the data by Traxn, Blume Ventures is the top Indian VC firm with investments in 91 rounds of its 57 portfolio companies from 2019 to July 2021. They are managing $280+ million in investments in more than 150 startups. 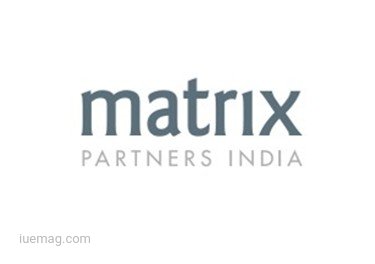 Matrix Partners is a private equity company based out of the USA. It invests in early-stage ventures and late-stage ventures across the USA and India. Matrix Partners India was established in 2006 as the subsidiary of Matrix Partners and has made its investments in 60+ companies from India. Their current portfolio includes companies like Ola, CloudNine, CountryDelight, Dukaan, Quikr, Chumbak, dealshare, Limeroad, practo, and Treebo Hotels among others. Matrix Partners has a global network of funds investing in the US, China, and India with $2 billion under management. 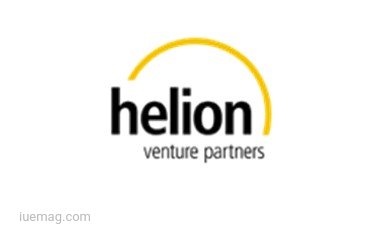 Helion Ventures is early to mid-stage start-up fund based out of Mauritius. It is started by Mr. Sanjeev Aggarwal, Mr. Ashish Gupta, Mr. Kanwaljit Singh, and Mr. Rahul Chandra in 2006. It is an India-focused fund, and it invests in Seed, early-stage, late-stage, and growth companies. It has over $600 Million under its management and has invested in a total of over 60 startups in India. Some of the top startups funded by Helion Ventures are BigBasket, ShopClues, BabyOye, MakeMyTrip, iD, RedBus, and Zefo among others. 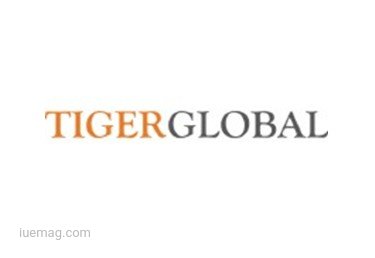 Tiger Global Management is a venture capital firm founded by Mr. Chase Coleman III in 2001. It is headquartered in New York, USA. It is focused on investing and partnering with dynamic entrepreneurs leading market-leading growth companies in the industries falling in its focus areas. Tiger Global is investing aggressively in Indian companies. It focuses on late-stage investments and has invested in more than 97 Indian startups. This year alone, out of 15 investments made by Tiger Global in India, 9 have turned into Unicorns. With this, it has overtaken Sequoia to become the Top Unicorn Investor in 2021. Some of the renowned brands Tiger Global has invested in include Flipkart, CoinSwitch Kuber, Apna, CRED, PharmEasy, Dream11, Sharechat, Ninjacart, and Delhivery among others. 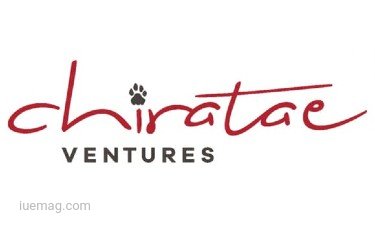 Chairatae Ventures (formerly known as IDG Ventures India) is founded by Mr. Sudhir Sethi and Mr. TCM Sundaram in 2006. It is a technology-focused venture capital firm investing in growth-stage companies. It manages a total of $950 Million of investment in over 100 companies since its inception. It backs new-age technology companies. It was one of the early-backer of Flipkart and Myntra and its portfolio includes companies like Yatra, Cure.fit, Lenskart, PolicyBazaar, FirstCry, and Bounce among others. With investments in 61 rounds of its 43 portfolio companies from 2019 to July 2021, Chiratae Ventures ranks third in the data by Tracxn on the most active VC firms in India. 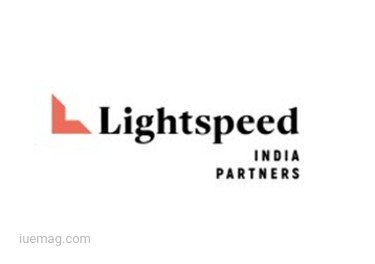 Lightspeed India Partners is the Indian subsidiary of the global venture capital firm ‘Lightspeed Venture Partners’. It is based out of California, USA, and was established by Mr. Ravi Mhatre, Mr. Barry Eggers, Mr. Peter Nieh, and Mr. Christopher Schaepe in the year 2000. Lightspeed invests in early and growth-stage technology companies and its portfolio includes Oyo, BYJU’s, Udaan, Limeroad, Magicpin, Dukaan, and Darwinbox among others. 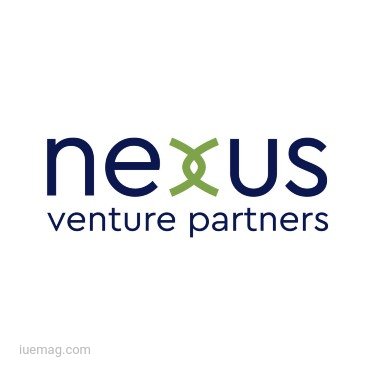 Nexus Venture Partners is a first-of-its-kind India-US Venture Capital firm set up by Mr. Sandeep Singhal and Mr. Survir Sujan from India and Mr. Naren Gupta from Silicon valley in 2006. Nexus Venture Partners has played a pivotal role in the Indian ecosystem and has become one of India’s largest homegrown venture capital firms managing over $1.2 billion in investments. It is an investor in some of the hottest Unicorn startups like Unacademy, Postman, Delhivery, Zomato, Snapdeal, Olx, and Druva among others. Nexus was one of the first among the homegrown VC firms to cross $1 billion in the assets under management.

The above is a list of top VC firms operating in India but there are many more. Some of the prominent VC firms operating in India include Omidyar Network, 3one4 Capital, Elevation Capital, Intel Capital, Titan Capital, among others. The decade starting with 2020 has been a great start for the startup ecosystem in India.
Though the Covid-19 pandemic slowed down many industries, it has boosted digitization in India, resulting in the emergence and growth of technology startups in the country. With the support of VC firms, the pace of startups will only increase resulting in more high-growth companies, unicorns, and more IPOs in the coming times.

This Page Has Inspired
1050
People So Far..
Any facts, figures or references stated here are made by the author & don't reflect the endorsement of iU at all times unless otherwise drafted by official staff at iU. This article was first published here on 17th October 2021.
Kunal Jain
Kunal Jain works as an Outreach Specialist at iU