The Other Side of the Camera

Photography has today become a trend that the young generation consider taking up as a profession, but not many survive in the field since they jump in with no prior preparations or understanding of the profession. Although it is not an easy journey where one can remain, here is someone who has been through what it takes to build a sustainable solution to stay back in the discipline of photography. Read on!
This Page Has Inspired
1368
People So Far..
“There’s a huge difference between taking photographs and making images. We believe in creating such beautiful images. That’s what I believe is important for any photographer” shares Shamanth Patil, Photography professional and the founder of Rays & Greys, who firmly believes that hard work with conviction can make anyone successful. 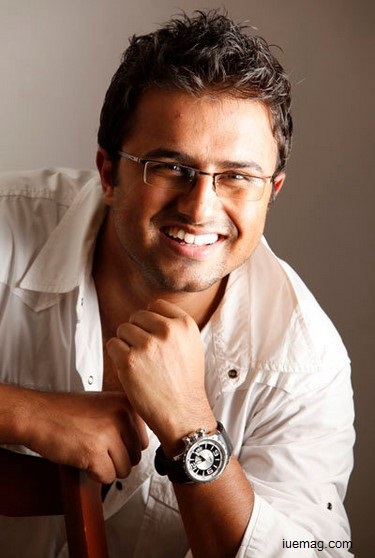 Being one of the demanded photographers, when it comes to Commercial and Humanitarian photography, Shamanth has been able to attract clients from all over the country. The venture today has clients like the Vogue, Verve, the Park Hotels, Kanva group, Khosla Associates, Reuters, Bosch, Myntra and more, who have been some of the regular clients of ‘Rays & Greys’. Every success story has its own twists and turns and is the same with this young and energetic individual who only had faith in his work and nothing else when he started. It is not easy for someone to still stand for the dream in a situation where the first 180 days of having started the venture, there's not a single assignment to work on, still managing the family, and only believing that he would someday reach a point where, there will not be enough time to manage his work. “People say, Behind every successful man, there is a woman and I never thought, that would be so appropriate in my case. From the start, till date, I have been able to bring ‘Rays & Greys’ this far because of the support of my better half, who kept building more confidence in me whenever I was low, the person who knew my potential and had so much faith in my work. I don’t know what Rays & Greys would have been if it wasn’t her”, says Shamanth crediting the success to his partner, Yashaswini.

Since their marriage commenced at a very early age when Yashaswini had just graduated and Shamanth was still assisting Himanshu Seth, a professional commercial photographer who has been a great inspiration for him, they were unsure if they could do well. The family’s assurance to support them at the beginning strengthened them to exchange rings but the fear of what next, did not allow them to stay relaxed. Every day was a challenge for the newly married couple, although there was enough support from the family, the feeling of being sustained by the other family members made them work harder to live an independent life and progress faster. While they were eying for their first project, Himanshu Seth was kind enough to share his project with Shamanth, which could help gain more clients. This assignment became the breakthrough for his career after 180 days of the start of Rays & Greys and the duo used it as a trump card to perform with utmost excellence and they knew, this was the only opportunity for them to prove themselves and get the  best results. While Shamanth focused on the photography part, his mate took care of the preparations and the final version of every photograph edited in the best way. They were able to produce their best to excel in their first set of projects, immediately after which the talent was recognized by the Khosla Associates, who have been a great support since then, sharing varied photography opportunities with 'Rays & Greys'. Those 180 days of life with no assignments to work on, became the reason to come up with an eminent performance when they got the first assignment because, there was enough time to learn, observe, experiment and explore in the world of photography. They may not have been fruitful in terms of earning money, but these days have been the reason to earn learnings that give excellent results till date. 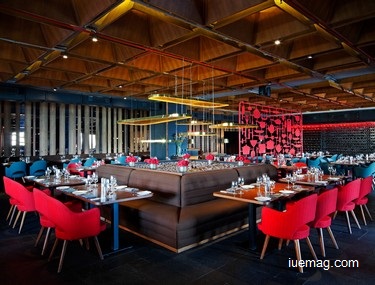 Shamanth recalls his college days where he studied mass communication and journalism. Days when he wanted photographs for his articles, he would connect to photographers who would get him the required pictures, but he was never satisfied with the images since his imagination of the required photograph would vary from what he would get from the other photographers. That was when he decided to capture photographs which could help him convey his thoughts. He decided to use all his pocket money to buy a camera for which, his father also funded a part of the payment. That was when he started clicking photographs for the requirement of his write-ups and slowly, the write-ups reduced and the number of photographs increased, which was the result of his interest in photography that grew every day, which one day ended up in making him express his thoughts only through photographs and no more of writing . He enhanced his skills in photography where he captured the moments during every event at the college, for which he got paid. He used that money to buy the necessary utilities for better photographs. His interest in the field made him meet his mentor, T S Satyan, a renowned photojournalist who became the reason for Shamanth to learn Humanitarian photography. Under the guidance of T S Satyan for two years, he developed his skills by only observing the work of his mentor, helping in preparations for the photo shoots and  he learnt not just skills, but also to be a better human being. He still remembers his mentor, who, even at the age of 80, retained the attitude of punctuality, which, Shamanth believes is one of the most important qualities he learned. His attitude of learning continued as he mastered in Commercial Photography and Digital Imaging from the Shari Academy of Photography, Mumbai (one of the best schools in Asia) after which he assisted Himanshu Seth, whom he assisted and learned from. 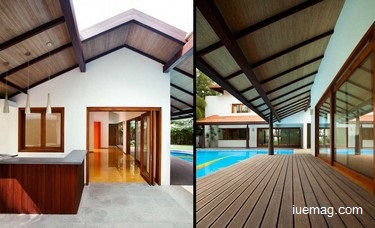 While Shamanth connects the dots and says that it was just not during the college when his interest in photography begun. It was at the age of 5, when he encountered a camera, which he was awestruck seeing and fought with his father to buy one for him, for which he was not truly encouraged certainly because of his age. He continued to observe cameras everywhere he would go and the way every person would take photographs. He would come back and replicate the way people would capture images, by using the materials at home considering it for a camera and these 15 years of focused observation led him to easily capture quality pictures from the first time itself.

“Every day is new and every photograph that we take is a new one. We also get to meet new people every day and is always an abundance of learning that we get to take back every time” affirms Yashaswini, to which Shamanth adds, “It is not an easy job and there is no specification of the work time, the shoots are sometimes crazy when we need to shoot for 20 hours a day or wake up at 3 AM to get the perfect natural lights around, it is challenging but we have loved doing this and I would say it is a creative stress. It’s like travelling from one country to another every day, or from deserts to mountain peaks. There is vividness and we know there is more we could learn and do”. 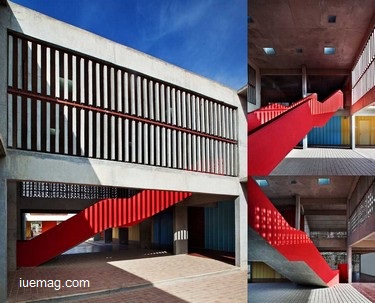 Today while they capture varied architectures and products, they also take care of fashion photography, but the switch from one thought to another is not easy for a photographer especially when there is a need of equal focus for both, but he has been able to manage to excel and ensure the perfection in every photograph he clicks. “Having common sense and applying the right logic to come up with radiant images is important for a photographer. Using good lights and expensive cameras cannot make good pictures. Photographers make good images and camera is only a medium. There’s a very intimate communication between you and the subject. when the photographer has visualizing capacity, then he can do amazingly well and when he can’t, the result is not predictable. Especially in commercial photography, the client pays for it and we do not do it for ourselves, but for the client. So, it is very important to NOT deprecate the quality, while reminding oneself of the parameters” is what he states about his formula to capture those flawless photographs.

Shamanth also believes that the quality delivered will help retaining the clients and also help with the word of mouth to gain more clients, which has been the only strategy for the marketing of ‘Rays & Greys’. When asked how he is able to maintain the same or even deliver better qualities, he admits, “Generally, not many photographers maintain the same standards once they reach the pinnacles. They become too confident that any photo they take will be good, which is not the actual case. Whenever I get new assignments, I become tensed a day before the shoot like it is my first assignment and I feel that it’s a good sign which keeps me grounded. Also, staying updated with the trend, learning the new type of using lights and different angles is important to sustain the quality”.
Get the Latest & Recommended articles in your Inbox

Subscribe!
No one gets a chance to decide when to get that breakthrough of life, but the years of struggle surely leads to successful results and Shamanth Patil stands as a perfect example for this statement. He only believed in his dreams and continued to work harder everyday and learn from every person around him with no expectations. The most important attitude is to not expect, to stay patient but perform to an extent that everything turns fruitful and when you look back, you will only be proud of every step you took that has lead you to the current state of joy.
Copyrights © 2023 Inspiration Unlimited eMagazine

This Page Has Inspired
1368
People So Far..
Any facts, figures or references stated here are made by the author & don't reflect the endorsement of iU at all times unless otherwise drafted by official staff at iU. This article was first published here on 23rd October 2015.
IJ Kavyashree
IJ Kavyashree is a contributing writer at Inspiration Unlimited eMagazine.