The best way to lose yourself is to lose yourself in the lines of a good writer. Here are a few set of lines that will get you lost in them. Thanks to Dr Rajiva Ranjan. Read ON!
This Page Has Inspired
1102
People So Far..
Although it was not late, it was a dark and drizzling night. Cold wind was shrieking and it was shivering to stand outside in the balcony where her telephone set was kept. In that cold weather she was standing and talking to someone on phone impatiently: sometimes appealing, sometimes annoying and sometimes accusing. She was restless and wanted her son back home. The weather was such that no mother would allow her child away from herself, especially a child who was born barely nine days ago. The weather had an ominous aura with occasional cry of a dog in some distant area. She was frightened. She was suspicious. She wanted her son desperately back home. She was talking to the neonatologist who had assured that her baby would be home very soon from his incubator where he was for the last nine days.

She spent the night changing sides and thinking about her son. In the morning she wanted to visit her son. The morning was clear and sunny but the cold wind was still chilling the spine. After completing her errands she requested everyone to take her to the hospital. She was the mother who had given birth to a baby barely nine days ago by caesarian operation. I wanted her to help but I was neither comfortable in driving a car nor willing to take her on a bike due to her condition. It was a difficult for both of us.

At that time the phone rang. The call started without any introduction. Before she could understand who he was he gave her the message that he was trying to call for a long time; and the child had succumbed due to respiratory problem last night. It was a heavy blow to her.

All her family members now collected and rushed to the doctor’s. The baby was not in his incubator. They had removed him from there and kept him on the floor inside his hospital. There were some arguments between the doctor and her but everything was finished. We had to take the dead body of the baby for its final rites. I had never seen such a handsome and good looking baby; who was lying for the first and the last time in his mother’s lap in eternal peace. It had been relieved from all his physical pains. The baby was given water burial in the sacred river the Ganges.

Time changes, and as the saying goes, it heals all wounds. But could it heal hers. Now when she is old she misses him and remembers him badly. But he is no more. When I go down the memory lanes everything comes crystal clear before my eyes.

This was a time of a political void in the provincial administration; there was no leadership who could unite the whole society together. Development of the state had been buried. It was difficult for the common people to survive. Corruption was rampant and development was nil. No roads, no electricity. Crime was on the top. Abduction, burglary, cheating, everything was on its peak. People with criminal records were people’s representative. Economy was on the verge of collapse due to funneling the government exchequer for personal benefits. That was the time of restlessness.

There was an economic, social and political chaos in the province and her business had received its adverse affects. It was almost in shambles. She was suffering heavy losses and it had become difficult for her to survive both in the market and in the society. She was thinking to switch over to some other job but it was almost impossible in that scenario.

In such a situation she was expecting one more baby. It could be a happy moment for others however it was different in her case. It had brought confusion and problems to her. To maintain one baby was difficult and the very idea of the second baby was more or less a nightmare. She was struggling for survival almost every day. She decided to abort the child and for that matter she got some homeopathic medicine. She was somewhat satisfied with what she did; completely unaware of the upshot. The medicine did not work. A male baby was born in due course of time.

She was happy once again because before it she had a female child. The boy came on this earth bringing new hopes and aspirations to her. It came out of the OT. After some time someone gave him a spoonful of water to drink. It drank but rather than getting satisfied it became twitchy. She could not understand. The gynecologist advised her to see a neonatologist. The doctor checked and x-ray was taken. There was something wrong. Its food pipe and wind pipe had stuck together and when the baby drank water it passed through its wind pipe. That made him restless. Now the neonatologist advised her to take the baby for surgery. It had to be done immediately.

But those were difficult days for her and she was struggling for survival. And for that purpose only she had taken the advice of a homeopathic doctor. She was helpless but she collected the whole strength. Her business was not completely dead and still some cash was in flow by means of advances and payments. She collected it and prepared for the operation. The day was fixed and she was ready with funds. But it was not sufficient. She needed some more money as the surgeon’s fee. She requested him that the child will be in his care and she will pay his due amount in a day or two. He refused to operate without being fully paid. However she managed some more money from those who had come to console her!
Get the Latest & Recommended articles in your Inbox

She did not know what the doctor did but knew after sometime that the operation was successful. The child was shifted to the neonatologist’s once again and put in his incubator for speedy recovery. Now the process of lemon squeezer school of medicine started. She was set to be squeezed everyday early in the morning. She had to arrange money every day to offer the lesser gods to save her child’s life.

That day she had received some advance to complete some job. She was advised by her friends to oil her business first rather than spend it on the doctor. The night was approaching fast. It was dark and cloudy. It was raining also. She had not seen her son because the baby was under medical supervision just after his birth and she was on bed due to caesarian operation for child birth. 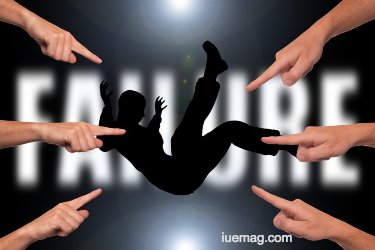 She was very much eager to see her child but it seems there was no end of it. Every day she sent money to the doctor to save the child. Now she was losing patience due to doctor’s unending process of squeezing money as well as harassing both physically and mentally. That night she had an altercation with the doctor regarding the child’s health progress because he had said that he will discharge the baby in a few days.

That night she was restless. In the morning the doctor rang her that the child succumbed. He had bereaved his last; yesterday evening perhaps after his altercation with her. The child was freed from all the pains it had been suffering for the last nine days. He didn’t touch that money for which people had suggested her to keep for her business… He did his son’s duty… But could she perform her task? She gave him birth to suffer. For her his birth was no more than a biological process. For him his whole life and death was an obituary to his parents. He did his job fairly well. But could she? She lost both: her son and her business. Now what remains with her is his absence, an unfulfilled gap.

This Page Has Inspired
1102
People So Far..
Any facts, figures or references stated here are made by the author & don't reflect the endorsement of iU at all times unless otherwise drafted by official staff at iU. This article was first published here on 24th September 2018.
Dr. Rajiva Ranjan
Dr. Rajiva Ranjan is a Professor in English.