June 23: 5 POWER Lessons From 5 Leaders Who Made History On This DAY!

We all know that we have got immense potential. But what is the point in just having the potential if you are not using it. We may not use it because we may not know how to. Go through these guidelines extracted from the lives which were born this day, which sowed the seed on inspiration in billions and billions of lives. These lessons are sure to help your next endeavors.
This Page Has Inspired
1020
People So Far..

1. “Your past may have gone wrong but your future is all in your hands. Shape it and give life to it.”

Can you get back a minute of yesterday? Forget about yesterday, can you get back the previous second? No! Past is passed. So why do we have to worry when we have got such a long life to live and rock? Remember, thinking about the past and worrying about it may not help you but learning from it certainly does. Past experiences and situations act like magicians which can cast a spell on your future life. A failure remains so if a person does not analyze the reason for his/her failure. Working hard alone is not the ingredient to succeed. You got to look deep into your previous attempt and make out what made you fail. Only your mistake help you get better the very next time. Mistakes happen knowingly or unknowingly; so you got to study your mistakes and learn from them. Only in this way, you can do well compared to what you already did. This is how growth happens. Past plays a very important role in building your future.

Donn F Eisele took good care of his future by not worrying about his past instead learning from it. The United States Air Force officer, test pilot, and later a NASA astronaut, let his past go away only after analyzing and learning from it. Occupying the Command Module Pilot seat, he got better as a project engineer and experimental test pilot by learning from his mistakes and continued to test the performance of all spacecraft systems.

2. “Where you stand will never be constant – you either move ahead or behind. It all depends on your perseverance.” 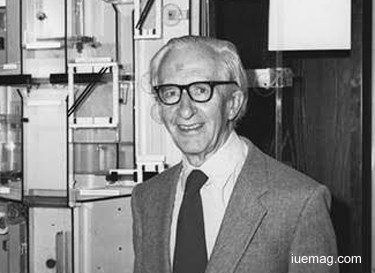 Always remember, nothing is permanent and so is success. What you’ve already achieved and lost remain forever but do they serve your future life? Breaking news may be given immense importance and replayed for a day or 2; but, not more than that. Old newspapers are crushed and thrown away but today’s news is valued and tomorrow’s is awaited. Life is exactly the same. What and where you were yesterday does not really matter. Don’t get attached to where you stand today because tomorrow, you may be given a new place. The world is running and changing but the nature has planned and scheduled things already which cannot be altered. Depending on your perseverance, promising efforts and way of life, you are promoted and demoted by the master called universe. If you stand at the first step of the progressive ladder today, tomorrow you might stand at the third step. If you do not perform well, you may even be pulled down to the second step. Concentrate on what and how you got to do to make everything will go well.

James Meade was not conscious about where he stood but he was very particular about what he did standing there. The British economist and winner of the 1977 Nobel Memorial Prize in Economic Sciences occupied the distinguished and respectable position in the society. The leading economist fought to abolish the problem of unemployment and he essentially gained the promotion which the nature gave him for his efforts.

3. “When nothing goes according to how you want it to, give it some time and wait with patience. You will watch everything falling into its place.” 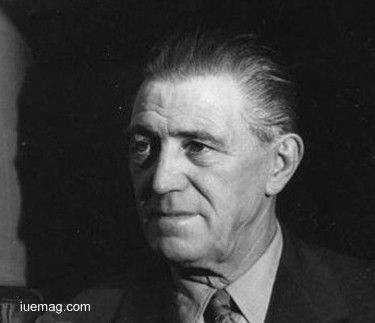 When things don’t work, when nothing happens in accordance to our plan, we often tend to get frustrated and we lose hope. This is when we got to play a major role. Being patient, waiting for everything to get healed and continuing to fulfill your responsibilities serve as the real medicine to handle such conditions. When situations get worse, rather than thinking of doing something to set things right, letting the positive hope to do its duty shall help. This makes the situation worst. You got to sit back and pour positivity into the situation. Hope wholeheartedly and wait patiently. Time heals everything, so give it some time and watch things going well. If you are very angry and want to let it out badly, convert your anger into tears and let it out. Crying lightens your heavy heart and clears your eyes, showing what you got to do next. Rather than doing something to set the situation right, leaving it to settle would help.

Amedeo Gordini led a life which taught him the meaning and essence of patience. Tenderly dealing with life, the Italian-born race car driver and sports car manufacturer was a kid when automobiles fascinated him. The racer worked as a mechanic and also served in the army. His life was not a smooth stream; it was a brisk wave which went out of its track a lot of times. It was his patience that healed all the pain caused by the challenges.

4. “However tall a tree grows and however wide it spreads its branch, the tree will never forget its roots.” 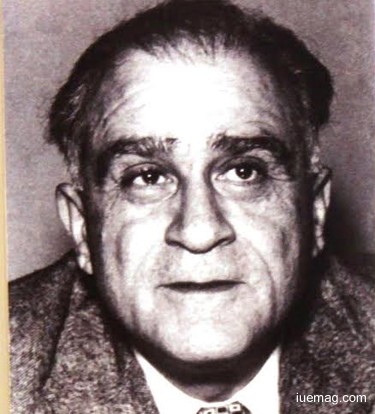 When a seed germinates, the first part that takes form is the root. Root grows, becomes strong sand stands responsible for the development of this seed into a tree. The root spreads itself wide and deep into the ground, captures water and minerals and gives them to all the parts of a plant or a tree. If a sapling grows into a tall plant and eventually a tree, then the root is the reason. Even after doing it all, the root expects nothing from the tree but stays with it forever; while the tree cherishes its favor. The tree may go up to any height and may be the shelter to many more lives; the success secret lies in the strength of its roots. Always show gratitude, respect and love for those you taught you, lifted you up, molded you and made you grow.

Despite growing tall and touching the star of success, Ahmet Hamdi Tanpınar never forgot the lives which offered him the first support and encouragement and push which became the reason for his growth. The Turkish poet, novelist, literary scholar and essayist, widely regarded as one of the most important representatives of modernism in Turkish literature. It was when Tanpınar met his tutor, Yahya Kemal that his intellectual development and ideas about aesthetics, literature were knocked. Not forgetting all those who added to his progress, he rose and never stopped.

5. “Walk towards becoming a better person before you become a better professional.” 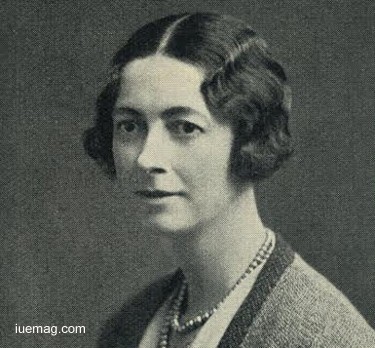 Better individuals constitute a better society and a better society makes this world a better place. May your only motive of living life be bettering your own self. Life gets its meaning when you complete your personality by adding ‘goodness’ to it. Any individual can become a professional but only good human beings excel in whatever work they are involved. Build yourself before you build an organization; make this the objective of your life. Perfection is what everybody dreams about. If your life is not an exemplar’s, if you do not spend every minute wisely, if you do not completely avoid responding to the negatives, you certainly got to work hard and wait to become better in all sense.

Verena Holmes sought to find perfection personally before finding it in her career. The first woman member elected to the Institution of Mechanical Engineers strongly supported women in engineering. All of us work and also master at what we work but do we take care of our character, personality and strive to better our image? She stood as the role model by working for a very important cause which lifted women high up and lit their lives. The English mechanical engineer and inventor’s specialties included marine and locomotive engines, diesel and internal combustion engines too.

When our dream is to achieve, when our goal is to win, then what is the wait for? You have all the potential, all the enthusiasm all the energy, and all the resources to come out of the comfort zone and explore to reach your destiny. It’s high time to start!
Get the Latest & Recommended articles in your Inbox

This Page Has Inspired
1020
People So Far..
Any facts, figures or references stated here are made by the author & don't reflect the endorsement of iU at all times unless otherwise drafted by official staff at iU. This article was first published here on 23rd June 2017.
iU eMagazine
Editorial Team of iU eMagazine