Business News That Everyone Should Know About This Week

Businesses far and wide are constantly changing. They’re making huge news far and wide. This week brought some of the biggest news ever from the business world. What do consumers need to know about this week and the businesses that made the big news?
This Page Has Inspired
1034
People So Far..
Today, it was announced that Tesla had held its annual meeting. The results of that meeting were released earlier today. Shareholders disapproved three proposals put forward. However, they did give a vote of confidence to CEO Elon Musk and that will keep him on Tesla’s board for a bit longer.

The vote came at a very tough time for Tesla. Then, Musk became emotional and laid out his plans for the future. Musk went on to claim that Tesla’s team had a significantly different mindset than conventional auto workers. Several other proposals were voted down. This includes one encouraging shareholders to get rid of three directors. Another one wanted shareholders to add an independent chairman to the board. Unfortunately, none of those proposals were approved. 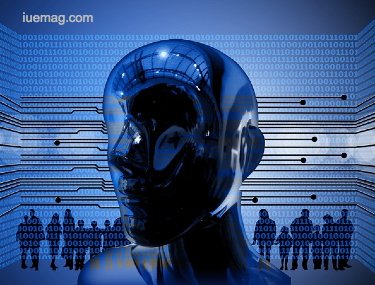 Tesla has been criticized harshly during the past few months for several problems, including increased workplace injuries, concerns about the company’s autopilot system, and the company’s finances. Shareholders have also been worried about the tediously slow production of the Model 3. Nevertheless, shareholders decided not to punish Elon Musk for these problems. Tesla has been forced to take out various loans. The repercussions of loans are clearly detailed on the Better Credit Blog.

Also this week, it was announced that UPS workers could be on the verge of striking. CNN Money reported that Teamsters and UPS could be heading towards one of the nation’s largest strikes in many, many years. The union announced on Tuesday that over 90% of its members had agreed to go on strike if a deal was not reached with UPS on August 1st. This is the time when the existing labor contract will expire. At this point in time, UPS is home to 260,000 Teamster members.

The Union claims that UPS could be on the verge of expanding weekend deliveries to Sunday. Several proposals have been put forward. One of those proposals wants to make part-time workers earning $15 an hour full-time with the same wage. At this point, Teamsters are actually divided on the proposal. This is making it much harder to reach and deal and making a strike much more likely. An opposition group wants UPS to pay brand-new full-time workers the same as existing workers.
Get the Latest & Recommended articles in your Inbox

There is still plenty of time for a deal to be reached. In most cases, union members will actually continue working their jobs until a new deal has been confirmed. The split between union members increases the likelihood that a legitimate strike could happen. UPS hasn’t experienced a real strike since 1997. During that time, workers refused to work for 16 days. Back then, there were only 180,000 Teamsters members at UPS.
This time, the strike would be far more significantly and far bigger. Only time will tell if the union and UPS can come to a satisfactory agreement.
Copyrights © 2023 Inspiration Unlimited eMagazine

This Page Has Inspired
1034
People So Far..
Any facts, figures or references stated here are made by the author & don't reflect the endorsement of iU at all times unless otherwise drafted by official staff at iU. This article was first published here on 27th June 2018.