Children copy what their parents do. In fact, most of them want to be like their parents when they grow up and this extends to their beliefs and attitude about money. Any money habits you have right now are as a result of what your parents shared about it.
This Page Has Inspired
1082
People So Far.. 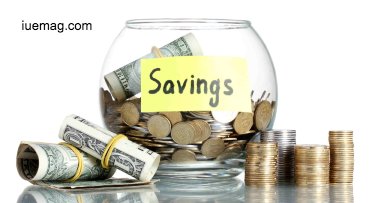 According to financial planners, kids know when parents enter turbulent financial times and the behaviors portrayed by the parents have significant effects on the children’s future financial life. This is despite the efforts their parents put in hiding the situation.

If, for example, parents vex about borrowing money and debts altogether, then their children will have similar views about money when they grow up. In contrast, those that grow up in homes where their parents are open about taking on debt, then they’ll be open towards borrowing. This is according to a study by the National Bureau of Economic Research.

In short, any views expressed by a child about money represent the views of their parents.

Bad or good money habits start developing from the early stages. For instance, if parents started cultivating a savings culture in their children, then they’ll stash away some money in the future. On the other hand, children whose parents took on huge debts are likely to ignore savings in their adult lives.

According to a financial psychologist, children don’t need to hear their parents’ voice on money issues, instead, they can pick up behaviors and patterns by observing them. These observations form in the subconscious and the children develop what is called money scripts or a money blueprint.

It’s these scripts and blueprints that parents pass down from one generation to the next. You may not be aware of them, but they’ll haunt you when faced with critical financial issues such as debts and retirement contributions. 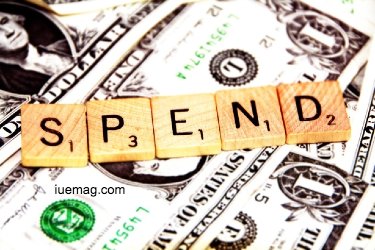 The Impact Goes a Long Way

One of the main reasons why people end up in debt is because they want to keep up appearances. If a child grows up in such an environment, then it’s almost inevitable for them to follow in these steps.

Also, if they grow up in a family where the parents don’t talk about money, they may avoid taking responsibility for their financial decisions. This may lead to wishful thinking and denial about their finances.

Other parents send mixed signals about money to their children. For example, spending a lot of money on unnecessary expenses such as eat outs while they fall short when utility bills land in the mailbox.

Therefore, as a parent, it’s important to know what your attitude toward money is in order to avoid sending your child down the wrong path.

While saving is an excellent habit, extreme caution when approaching money issues can also lead to poor money habits. Thus, even savers can harbor unhealthy financial habits similar to spenders. These are people who feel guilty when they make a purchase.

Children will follow in these steps unknowingly and will feel scared to buy even essential needs such as clothes. Parents should know that sometimes it doesn’t hurt to go out for a nice dinner or a well-deserved vacation. 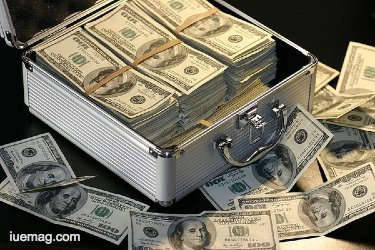 To snap out of these poor money habits, financial psychologists recommend you take stock of your personal habits. This will help you identify the genesis of your preconceived beliefs and habits about finances. Are they from your parents or are they your own?

Look within and examine both your beliefs and actions to help you overcome the financial roadblocks in your life which may have prevented you from achieving financial freedom.

To achieve this, financial experts recommend saving for the future and resisting the temptation to live beyond your finances.

Furthermore, take the time to understand your financial psychology to help improve your financial status. By thinking about the reasons for your current financial situation, you’ll be in a better position to teach your children about finances.

Teach Your Children the Right Path

Remember, children follow in the footsteps of their parents. Therefore, what you teach them will shape their future experiences with money and may offer them a chance to learn from your mistakes and successes.

Many parents prefer to talk about their successes and leave out their failures. However, this is where the child starts to veer off the road since they make their decisions based on what they observe.
Get the Latest & Recommended articles in your Inbox

As a parent, you must not be afraid to discuss your financial failures. There is shame surrounding money. Either too little, too much or shame associated with mishandling it. Instead, embrace them and help your children learn from them by giving them more information so they can draw a proper conclusion. 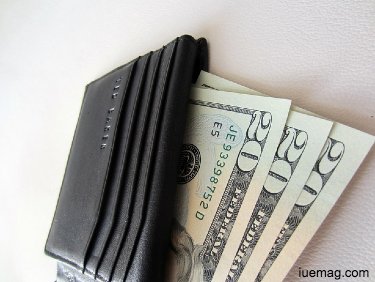 This goes for parents who also have excellent money habits. Studies show they also contribute to poor money habits in their children. Sounds absurd, don’t you think? Here’s how.

The parents may be the best savers and thus avoid debt or consolidate your small loans with a larger amount of realistic loans with affordable interest rates along the way. However, since everything is all good, they avoid talking about money and in particular credit with their children. It doesn’t exist in their world so why talk about it.

As the child grows into a young adult and gets their first credit card, they won’t know how to use it since they didn’t get such guidance. As a result, they enter a debt cycle. In fact, many children blame their parents for not introducing them to credit cards, otherwise, they wouldn’t end up in financial hardship.

Formal education is also critical in formulating good money habits in children. What you learn at home isn’t necessarily the gospel truth and this why schools are essential in debunking certain money myths propagated by parents.

Parents may pass on their misconceptions about money without knowing or with the best intentions. One such misconception is ‘all debt is bad’. This is not true by all means and this is where formal financial literacy classes come in.

With such classes, children will be able to make better debt decisions in their adult lives and money altogether.

Financial education from an early age is important to instill and nurture good money habits in children. While some parents pass on certain money habits without intending, it’s up to the parents to learn good money habits so they can transfer the same education to their children.
This will enable the kids to make proper decisions when faced with a difficult financial situation. What’s more, they’ll know what to do with surplus during their youthful years.
Copyrights © 2022 Inspiration Unlimited eMagazine

This Page Has Inspired
1082
People So Far..
Any facts, figures or references stated here are made by the author & don't reflect the endorsement of iU at all times unless otherwise drafted by official staff at iU. This article was first published here on 2nd June 2019.
Pub Engine
Pub Engine is a contributing writer at Inspiration Unlimited eMagazine.
Unverified