CS: GO for many who haven't yet learnt about it is a sensation fast catching the world of gamers. The attention doesn't seem to go away and with teams like the team liquid playing their top game, it's all the more worth the watch. Read ON!
This Page Has Inspired
1048
People So Far.. 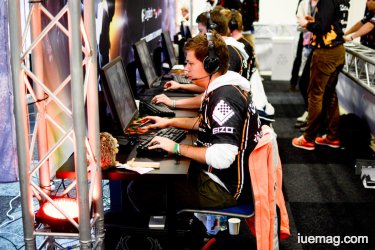 If you engaged in CS: GO bets for Team Liquid on https://csgoeasybets.com, then you must be in awe after their end result. After participating in both IEM Sydney and DreamHack Master Dallas, the team won and became the number 1 CS: GO team in the world. As such, they became the first North American to hold this title.

As a result, they were able to take home a prize of $100,000, while Astralis went to second place after being surpassed by Liquid.

Team Liquid has played against ENCE Esports at DreamHack Master Dallas, and their efforts paid off. In the past, though, they had to struggle a lot against the team, and luckily, they were able to beat them. This helped rebuild the reputation of Liquid and propelled them to the first place.

The match ended in a 2-1 victory, ensuring the reach of the first spot on CS: GO World Rankings of the North American team.

The Rise of Liquid and Demise of Astralis

For quite a long time, Astralis was the team sitting at the top of the rankings, having as much as 887 points before the latest rankings, while Liquid had 799. However, the surprising turn of events has changed things, with Astralis sitting at 758 on the second place now, while Team Liquid is at the top with 1,000 points.

Astralis has lost some of the points due to their absence from other tournaments while only attending BLAST Pro Series. Not only that, but the community has bashed them for that as well. So, is the Astralis era coming to an end?

Well, you never know how they’re going to make a comeback, and their failures from recently could only make them angry and more ambitious. After having an era of their own for 406 days, it wouldn’t be a surprise if they strived to make a comeback. 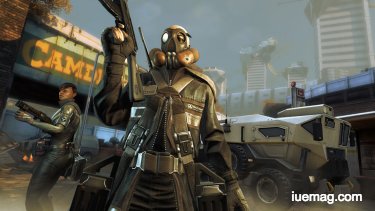 People’s Reaction to the Ranking

Everyone is entitled to their opinions, so it only makes sense that there were various reactions to the news. A lot of people were overjoyed to see ENCE defeated, and Astralis took over. The comments of praise didn’t stop overflowing on social media as Liquid has reached the top.

Conversely, there were also fans of Astralis doubting that the Liquid era will last for long. Apparently, they think that although Liquid is in the lead now, it doesn’t make them the best team in the world. According to many, it was Astralis’s absence from big events and presence at the BLAST Pro Series that cost them their top spot.
Get the Latest & Recommended articles in your Inbox

Subscribe!
Whether they will keep that spot for long enough or not, it’s safe to say Team Liquid has earned it and can now enjoy it for however long it lasts. Team Liquid was able to take revenge against ENCE and become the leading CS: GO team – for now. They won the big money prize, but not the trophy, given it was lost by UPS. Watching as the future unfolds now for CS: GO teams is going to be interesting, so if you’re a fan and want to do CS: GO betting, keep an eye on the upcoming tournaments.
Are you a CS: GO fan?
Copyrights © 2023 Inspiration Unlimited eMagazine

This Page Has Inspired
1048
People So Far..
Any facts, figures or references stated here are made by the author & don't reflect the endorsement of iU at all times unless otherwise drafted by official staff at iU. This article was first published here on 15th June 2019.