How Burberry Reclaimed Its Brand After Becoming Linked With “Chav Culture”

Tweet
Views
2792
If you want to hear about a brand’s story then there are very few that are as interesting as Burberry’s. After being founded in the 19th century, Burberry quickly launched itself into fame soon after the world wars. Their trademark became their signature trench coat that caught everyone’s attention with its fluid collar and checkered lining.

However, Burberry soon met with some dark times as the brand seemingly lost its popularity and footing in the new culture that emerged after the age of the aristocrats. Here’s a short recap of the inventive ways in which Burberry was able to reclaim its brand after being associated with “Chav Culture”. 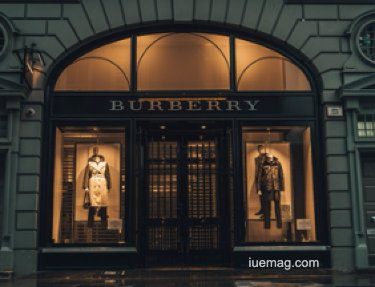 What Does Chav Culture Signify?

Simply put, ‘Chav’ was a term used to refer to individuals in London who wore designer clothes but lacked good taste and breeding. The term was derogatorily used to refer to people who attempted to live rich and lavish lifestyles while lacking good company, proper etiquette, and amicable behavior. Chav culture came to be known as a type of fashion that involved designer brands, tacky jewelry, and bad taste.

Unfortunately, Burberry became associated with this term in the 20th century and this greatly affected the brand and its story by plummeting sales to an all-time low. It was after this time that the brand attempted to reclaim and reinvent itself by ridding itself of all its titles and suppositions and reclaiming former glory. So, how did this come to pass?

Burberry’s chief executive Angela Ahrendts took over in 2006 and has since actively sought to protect the brand from false images and counterfeiters. As a means of rebranding and essentially reinventing the brand by cutting ties with its association with Chav culture, the brand began to turn things around by epitomizing contemporary Britain. Burberry began to rewrite its brand story and philosophy by first understanding its present audience.

After a complex study of their audience segments and their tastes, the brand then embraced innovation. This was done by effectively making use of their digital space and embracing social media through live streaming fashion shows and interacting with their audience. Apart from redesigning their stores, Burberry also redesigned and improved their website, showcasing their innovative ideas every step of the way.

Burberry in the Digital Space

Burberry’s website saw a number of changes that made it more appealing and accessible to the public. Their website was first redesigned to be mobile-friendly and then their focus shifted to marketing the brand in accordance with the philosophy and story they were actively creating. They had a vision, which was to push forward despite their many setbacks.

The brand came into being like a breath of fresh air that was brought about by evolution and creativity. The brand started expanding its content to suit and encompass more varied tastes and styles, making it accessible to both men and women alike. Soon enough, sales started to increase as more people saw the brand in its fresh beginning and witnessed its growth in digital spaces.
Get the Latest & Recommended articles in your Inbox

Subscribe!
Conclusion
Using the techniques of digital marketing, reinvention, and creativity, Burberry was able to evolve and reclaim its brand from Chav Culture and its aftermath. With their innovation, they were able to create their brand philosophy which stood for progress and moving forward to push their narrative of rebranding and reimagining the storyline of the brand. Over the last few years, Burberry has successfully established itself as a global luxury brand that caters to both men and women alike, making it truly forward-facing and inclusive.
Image Credits: https://unsplash.com/photos/HEeMAEpZW5g
Copyrights © 2022 Inspiration Unlimited eMagazine

Any facts, figures or references stated here are made by the author & don't reflect the endorsement of iU at all times unless otherwise drafted by official staff at iU. This article was first published here on 26th May 2021.
Most Loved On iU
Have something to share? Drop us a line below!
People who loved this also loved