Never To Be Forgotten: How Paul Walker Inspires Us

The lines mentioned above is from a song played in the final scenes of the movie: Furious 7. As much as most hardened and “tough” men deny it, many ended up in tears upon hearing those lines. The sadness didn’t stop there as Dominic Toretto(Vin Diesel), and a digitally enhanced image of Brian O’Conner(Paul Walker) bade each other farewell and drove towards a fork in the road into the sunset. 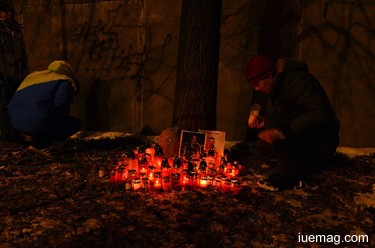 > Image Source
It was November 30, 2013, when the world discovered of Paul Walker’s untimely departure. Many were surprised as to why and how his death happened. Rumor has it that Paul and his friend Roger Rodas died because of a Drag race crash. However, this rumor was quickly dismissed. Eventually, an investigation would prove that the speed of the Porsche Carrera GT they were driving and the age of its tires caused the accident.

It's no surprise that a lot of people mourned for Paul’s death. The reason for this was because Paul Walker was a man with a kind heart. He had a deep sense of caring for the environment, and this is evident in his time with National Geographic’s crew in filming and tagging great white sharks.

It was Paul’s lifelong dream of diving with sharks since he had deep interests in marine biology. Together with NatGeo’s crew, Paul spent 11 days out in open waters to find great white sharks. Because of this, scientists on board were able to study migratory and birthing patterns among the sharks. These studies were made possible over a five-year period. 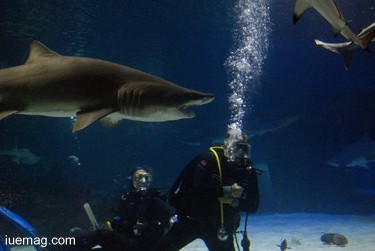 > Image Source
Paul Walker is also known for his generosity. March 2010, an 8.8 magnitude earthquake hit Chile. Damages in the mainland due to the quake were devastating. A lot of buildings crumbled, roads blocked, and power and water supply were cut off.

The coastal towns also weren’t spared from nature’s wrath. The quake triggered a tsunami which ravaged coastal areas not just in Chile, but as far as San Diego, California and even in the Tohoku region of Japan.

In light of these events, Paul Walker offered his help and support as he founded “Reach Out Worldwide” a humanitarian aid team which assisted in the reconstruction of homes and buildings in Chile. Paul and his team were previously involved with rehabilitation efforts in Haiti where a magnitude 7 devastated the country.

Typhoon Haiyan or more locally known as “Yolanda” became the world’s strongest storm to hit landfall on November 8, 2013. The Philippines suffered the most with 6,300 casualties. The damage was so catastrophic that bodies continued to show up late January 2014. Leyte and Ormoc, the cities most hit, became an actual war zone. 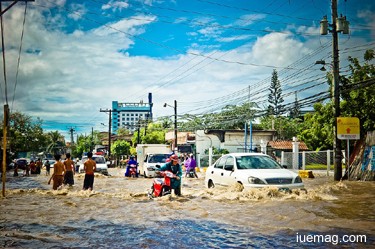 > Image Source
Survival for the people in those areas became hell. A lot of individuals were prompted to evacuate even after the storm’s passing because of the worsening conditions. Hospitals were shut down or either working at half capacity and are inefficient in catering the wounded.

In what would be known as his last and greatest show of compassion, Paul again organized a relief program for the victims in the Philippines. Paul and his team, ROWW or Reach Out Worldwide, organized a car show in benefit of those affected.

Paul was regarded as a hero because he was not the typical celebrity who would write checks and send them out. According to JD Dorfman, speaker for ROWW, Paul would be more of a hands-on member of the team. “He was the first one in, and the last one out.”

We often remember Paul Walker as a bad boy drag racer named Brian O’Conner. The Memorable franchise of Fast and the Furious made us see how talented Paul was as an actor.

Being used in portraying heroes in the movies, Paul was indeed a real hero. Whenever humanity needed help, Paul heeded the call. When an earthquake hit Chile and Haiti, he never looked for a second and proceeded with helping his fellow man.
Get the Latest & Recommended articles in your Inbox

Subscribe!
Empathy is clearly present with Paul. In what would be his last known act of generosity, he gave out his all in the relief efforts concerning Yolanda. The world is a witness to Paul’s contributions. People considers him a real and modern hero. His untimely death reached all those he helped throughout the globe.

For fans, friends, and family alike, there will never be another Paul Walker in this world. His generosity, empathy, and love shall forever remain immortalized within us. The Racing community lost a valuable member. Today, we stop and remember Paul Walker and the ways that he inspire us and lead us to move forward even from beyond the grave. As the closing credits fade to black, and the song plays its last lines, we remember him. This one’s for you, Paul.
Copyrights © 2023 Inspiration Unlimited eMagazine

This Page Has Inspired
2085
People So Far..
Any facts, figures or references stated here are made by the author & don't reflect the endorsement of iU at all times unless otherwise drafted by official staff at iU. This article was first published here on 19th April 2017.
Brennan Sinclair
Brennan Sinclair is an enthusiastic fan of motorsports. He also likes to travel
Unverified