5 technologies that are improving the lives of the elderly

As you age, it's not uncommon for certain attributes, such as sight, hearing and memory to become impaired. This can be a difficult adjustment to make in everyday life and can often feel like a loss of self and independence. Here are five of the best technologies that are making it possible for the elderly to regain some of their independence and life fuller and happier lives…
This Page Has Inspired
1065
People So Far..

Paro is a robot seal which was created by Japanese engineers. This technology is based on the premise of animal therapy and the benefits it can have. This seal is so sophisticated that it is responsive to actions such as name calling, commands, touch and light/dark. It’s believed that animals like cats and dogs possess the right qualities to be beneficial in a stressful situation – touching and feeling the presence of an animal can have a calming influence on the user. This idea is the foundation of Paro, and the sensory interaction can provoke cognitive stimulation and provide the same comfort as a pet, without the maintenance and upkeep. 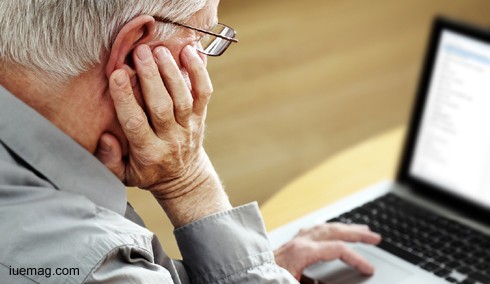 The GrandCare system is an intelligent home device that can do anything from monitoring sleep patterns and movements, to setting important medication reminders. This system has a fully featured tablet that is user friendly and requires no computer skills. One of the best features on this device is the ability to communicate with loved ones via the built in Care Portal – it allows loved ones to send messages, videos and even set reminders for the user, which can bring families closer together.

This device is somewhat of a novelty, but it can provide a much better television experience for the users. This device fits underneath the users chin and into their ears – from this the user is able to have their own personal sound system which is synced to the television. Gone are the days of feeling isolated from family TV time as you are unable to hear. Television ears are the future of television watching.
Get the Latest & Recommended articles in your Inbox

This satellite based technology tracks any receptive device – this can be really useful for elderly safeguarding. For example, if an elderly person leaves their home unattended and they suffer from memory loss, the GPS can be the perfect assistant in tracing and returning the person home safely. GPS can be synced up with smartphones and other devices, which means that loved ones can rest assured that their grandparents/ parents can be easily tracked.

This technology eradicates the need for a medication nurse. It controls, dispenses and conducts inventory for the doctor for any medication that the user is taking. It also sets reminders so that the user never forgets when to take their medication. This technology allows the elderly to regain some form of independence and take control of an important aspect of their livelihood.
Copyrights © 2023 Inspiration Unlimited eMagazine

This Page Has Inspired
1065
People So Far..
Any facts, figures or references stated here are made by the author & don't reflect the endorsement of iU at all times unless otherwise drafted by official staff at iU. This article was first published here on 26th April 2017.
Alice Porter
Alice Porter is an avid writer who likes to share her knowledge on healthcare.
Unverified