April 23: 5 POWER Lessons From 5 Leaders Who Made History On This DAY!

We all are aware that we are capable of achieving anything and everything. But what matters is the fact that you need to exhibit your potential to the world in order to add meaning to all your strengths and abilities. Learn from the achievers who carried pride and left eye-opening guidelines for the world to follow.
This Page Has Inspired
1025
People So Far..

1. “A stone gets promoted to a statue only after it bears all the pain that the sculptor gives it.”

Risk, pressure and expectations are everywhere and in whatever we do. The art of moving forward in our journey without a pause depends on how well you handle the unfavorable conditions. Growth is called growth only when you learn to bear and overcome all the external pressures. Your future is a result of how you are going to shape it. The process of success to reach you is indeed not an easy one because you got to earn what is needed to own things. How you will exercise your unwavering strengths to withstand the pain and face the tough situations is the challenge which is lying in front of you. The sharper the equipment that sculpts the statue, the sharper and harder hits the stone gets, the better is the shape of the statue.

Minoru Shirota  decided to leave a legacy and started to mold his moves. He became a sculptor to create an inspiring sculpture out of his life; he gently struck the stone of his life using his deeds, steps and actions as the sculpturing tool. Earning a PhD in medicine, he invented Yakult, the yogurt-like probiotic drink. Linking business with knowledge, he ended up as a successful entrepreneur whose product sells even today. Being the first to culture a strain of lactic acid bacteria which were beneficial to human health, he raised this as an idea for his entrepreneurial start.

2. “Nothing is predictable and so is your life! Preparing yourself not by predicting but by accepting the present as it is and still giving your best at every instance is important.”

Life is a thriller! The next second of your life is always suspense. Guesses never work when it comes to accepting and facing the real life. After all, it is your responsibility to ensure your security. You can ensure your position, status and grade in life by studying another chapter after completing the precise syllabus. It may costs a lot of your time, energy and patience to do a little more than what you are supposed to, but the impact it generates would not just take your life forward but also helps you fly high up into ecstasy.

John Thomas Romney Robinson never hesitated to add a little more efforts to accomplish what he wanted to. The longtime director of the Armagh Astronomical Observatory was known for his versatility and vitality. He filled in life to a lot of his discoveries. The pure and non-contaminated aspiration to succeed made him work hard right from his childhood; he published a book of poetry when he was 13. The president of the Royal Irish Academy contributed enormously to astronomy, meteorology, electricity, magnetism, turbines, air-pumps, fog signals, and balloons.

3. “The truth is, doing good to others, actually does more good for you.” 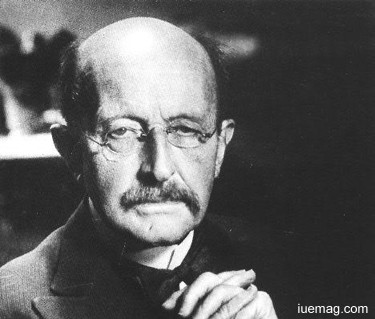 One good work has a lot of applications. The essence of a good work cannot be confined to one particular area or a domain. It is something which casts a wide impact to almost everything of this world. Some developments may serve as a backbone for the development of something else. Therefore, never limit your thoughts and intentions of taking up and completing a positive step; with knowledge, all your initiatives and tasks may become a reason for a better thing to take form. One good thing initiates the start to more such things and that’s the power of goodness.

Max Planck, stands as an outstanding exemplar who quoted his life with a method for the world to uncover many useful facts about the ocean of science. He was a theoretical physicist who discovered of energy quanta and this led him to become a reason for this ocean to give out new and important facts. Winning the Nobel Prize in Physics in 1918, he stood as the reason for the clear definition of thermodynamics to reach the world. His groundbreaking contributions to quantum theory revolutionized human understanding with respect to technicalities.

4. “A guitar’s string must mandatorily experience a pull to hum its melody.” 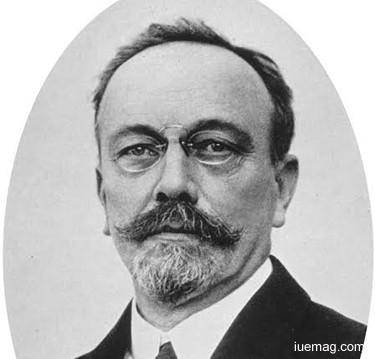 No matter what, you got to do your part! You shall win nothing nor lose nothing until and unless your actions sprout out. It is all about what you do and go through in life that decides what you are destined to. If you want a victory then you got to work for it, strive for it and devote yourself for it. However, we are all aware of the fact of reaping what we’ve sown. How fair is it to expect and wait for things which you dream but haven’t worked to earn them? Think about it. Make it a point to always remember that your one drop of sweat today sponsors the true joy of success, which you aim for and dream about.

Johannes Fibiger realized that he would be the reason, cause and consequence of everything that would happen in his life. His actions designated the fulfilling of his ambitions; it was his thoughtful steps that gave him all that he craved for. Before you conclude saying that you aren’t lucky enough to get what you want, hold on and ask yourself about what’ve you done to get it. Following the same, the scientist, physician, and professor of pathological anatomy won the 1926 Nobel Prize in Physiology or Medicine. He grew tall professionally by becoming the First Secretary, and later by decorating the post of the President of the Danish Medical Society.

5. “Challenges and hurdles are not meant to stop us, but to help realize our strengths.” 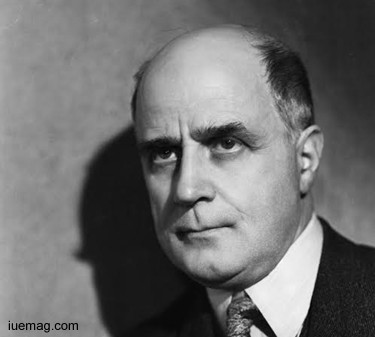 Situations unfold our strength and capabilities. We may be zero only till we get a chance to work on an opportunity; from then, there cannot be a look back. We are no more zeroes but heroes and sheroes of our lives. We don’t just think beyond but also act above our self-set limitations and boundaries when we come across circumstances which demand our outstanding performance. Such situations can be generally termed as problems and challenges- our strength definers in disguise.

Michael Fokine  aligned his aspirations as a pathway to reach where he wanted to. The reason for his achievements was his spirit-awakening moves that he initiated. He strived hard to progress through the curtains of stereotypical ballet traditions. He created space for his expression of dance by unleashing his potential. Taking mime to its next level, he believed that it did not reflect the themes conveyed in the ballets. Ground-breaking Russian choreographer and dancer entered the Imperial Ballet School at 9 years of age and put forth his debut performance the same year.

Every life on this planet is born with a talent and purpose. The sole reason behind our birth is to add meaning to our lives by completing the task assigned to us. Remembering and following the same, let us give a refreshing start to our lives. Begin by setting your wings of urge on fire; prove yourself by implementing all that this write up has taught you.
Get the Latest & Recommended articles in your Inbox

This Page Has Inspired
1025
People So Far..
Any facts, figures or references stated here are made by the author & don't reflect the endorsement of iU at all times unless otherwise drafted by official staff at iU. This article was first published here on 23rd April 2017.
iU eMagazine
Editorial Team of iU eMagazine