April 28: 5 POWER Lessons From 5 Leaders Who Made History On This DAY!

You cannot predict anything in life. Even if you do, things rarely happen according to what you expect. Pushing yourself forward to implement your plan helps you find place in the list of achievers. The following real life lessons are sure to help you push yourself and win. Read on!
This Page Has Inspired
1019
People So Far..

1. “Each of your experience can be your mentor, provided you are willing to learn.” 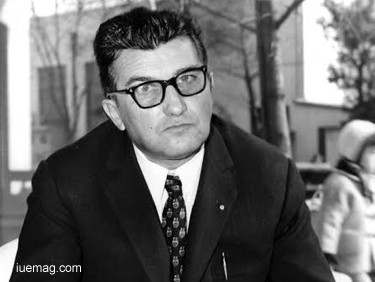 For a victory to happen or for a winner to take birth, one of the most significant reasons is, having a mentor. Mentor is the guiding element, driving force and energy stimulant who don’t just share lessons with you but also ensures that you follow them in order to reach success. Mentor is the one who lays the bricks of support, encouragement and hope as building blocks to construct the route that take you to your destiny. A mentor needn’t necessarily be a human who sits with you and guides you. Your own life, its experiences and your own mistakes will always be your guides if you are willing to learn from every single thing around you, like the thread which reinforces quality support and encouragement to the flying kite and also guides it, protects and nurtures it.

Ferruccio Elio Arturo Lamborghini, concentrating more on lessons taught by life, he secured the highest of the highest achievements with respect to his career. Learning almost everything from his journey itself, he respected, saluted and remembered every situation, person and mistake which became guides in his life. Born in a farmer’s family, he grew up to become the creator of Ferruccio Lamborghini, the richest and the grandest sports car company. He is remembered for his work even today; his company and its performance stand as his identity and this proves that he lived to make his startup, the best one.

2. “Action (not just planning!) is the way to progress. Take action now, without waiting for the right time. The time is always right!” 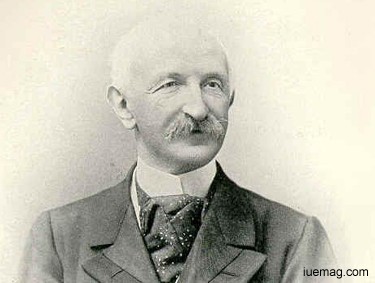 The whole point in living life is to succeed and prove what we are.  When you feel low, lost and tired, question yourself saying, ‘what you are doing to make your stay on this planet a memorable, useful and a quality one.’ No matter what takes you where, accept them all, work them all out and ensure you earn your grand victory. For all this to happen, you got to understand your thought process and ornament it with constructive advancements, positivism, truth and sincerity. However, remember that nothing happens if you think and then start relaxing. It is completely in your hands to not just put your plan into action, but also to drive your deeds forward into the right path.

Tobias Michel Karel Asser knew what would be his next exercise very clearly as he trusted his willpower. He believed and made it a point to think big, plan well and map his action plan to the real world in order to bridge the castle of success to his aspiration. Dutch lawyer and legal scholar of Jewish background signed his success by receiving a Nobel Prize for Peace; he actively took part in the formation of the Permanent Court of Arbitration. Not stopping there, he then co-founded international institutions and promoted his life to the next level.

3. “Moving forward with faith helps you move forward into light.” 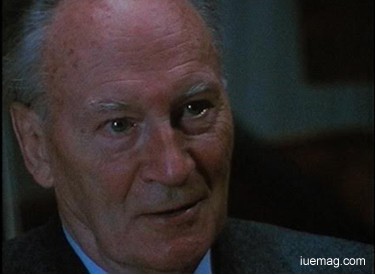 A blind journey doesn’t fetch you any growth. But a journey filled with hope always welcomes huge surprising victories into your life. Always remember that life is certainly like a plain canvas; you can colour it with any colour you want; you can always find positive and constructive assets in life by using your inner eyes. Such inner eyes are simulated, guided and are driven by what is called, faith- the divine form which nurtures every aspiring winner. The directing assets lead you into a path filled with light. The major developments and turns that life sees are all results of trust you have on yourself and the journey.

Paul Sacher believed himself and never gave up in any situation and circumstance. He faced all his challenges using a weapon of self-confidence, which he acquired by constantly trusting his efforts and respecting them. The Swiss conductor, patron and impresario founded and conducted the Basler Kammerorchester. He was a lead to premiere the works of composers with the chamber orchestra. Trying out something new and bringing in smart changes into his domain of work, the respected philanthropist, he studied conducting at the Basel Conservatory and warmed up his further achievements.

4. “Everything that happens in your life is a stepping stone for the life to shower upon you, all that you desire.” 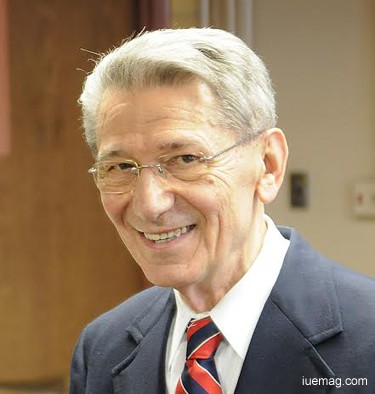 Rather than questioning and doubting, believing, analyzing and introspecting would do more to the winning process. The nature has secured the best of the best gifts for you. It has planned the most awesome life for you; in fact, after all the goodwill and hope, we still face a battle with question marks in our minds. If the caterpillar asked why it is going to become a larva instead becoming a pretty butterfly or if it doubted the life cycle stages, then how would a beautiful butterfly take its form? The secret to win dwells in the way you perceive life and accept it. It is easy to doubt, interrogate and find the minuses from what the almighty has planned for us, but does it help in any way?

Only a wise mind trusts instead of doubting, understands rather than questioning and highlights the positives in the process that he/she goes through.  Miodrag (Misha) Radulovacki is one such true achiever who always abided by whatever that happened in his life. The American scientist and inventor of Serbian descent worked as a Professor of Pharmacology. He invented several drug therapies for the treatment of sleep apnea got them patented by the UIC. Life gave him what he asked for but put him through a series of stages and challenges to test his patience, trust and abilities. His optimistic attitude helped him face and clear all the tests and enabled him to deserve the victory which he always dreamt for.

5. “Treasure comes into light only after a clean, healthy and sophisticated hunt.”

The participants of the treasure hunt must run around, wondering the clues, guessing the right and predicting the next. Life is exactly the same! We do anything and everything possible to catch the treasure of success to invoke contentment into our lives. We must grab the opportunity, solve the critical quests that life gives us, fetch the immediate rewards which act as clues to open the lock of the treasure box, put ourselves into the right path to reach the correct intermediate destinations according to the map of our journey and only then, you are said to be fit, deserving and fine to hug and own the treasure of success. Tasting the sweetness embedded in the joy of winning is all what an achiever wishes for, craves for and aims for.

It was no different for Eugene Merle Shoemaker too! He also had to play a huge and active role in participating in the treasure hunt of life to bag victories and ecstasies. After all, he was a mere participant in the game of life and the nature decided him as the winner by considering his dedicated moves, courageous decisions and patient waits. He was an American geologist and one of the founders of the field of planetary science. The astronomer and a member of the Board of Directors of The Spaceguard Foundation was one among the few who established in the new scientific discipline, astro-geology.

Any external source can give you motivation, push and guidance. But it is purely you who is supposed to put all that you’ve received onto the floor of reality by acting. Your actions become the stepping stone for success. With all these lessons that this write up has imbibed in you, we hope that you start and never stop!
Get the Latest & Recommended articles in your Inbox

This Page Has Inspired
1019
People So Far..
Any facts, figures or references stated here are made by the author & don't reflect the endorsement of iU at all times unless otherwise drafted by official staff at iU. This article was first published here on 28th April 2017.
iU eMagazine
Editorial Team of iU eMagazine