If food is the new fashion, then these are the facets of local culinary culture that are here to stylishly stay like timeless wardrobe pieces that garner more appreciation each season. Here's a piece talking about the shift taking place globally. Read ON!
This Page Has Inspired
1041
People So Far..
Campaigners for sustainable food consumption and lowering global footprints can take heart because, it seems, these socio-economic concerns are high on the list of what’s influencing chef concoctions, based on demand. Equally as important is the at-home high-end food dining trend, with diners seeking the satisfaction of not only fast casual but gourmet food deliveries. So massive has the spike in delivery demand been, some full-service restaurants have opened purely to cater for deliveries, The Guardian consequently dubbing eating in the new dining out. 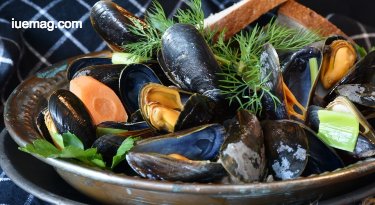 Quinoa, tempeh and tofu are being reinvented to gain mass-appeal and meat-free is on the rise. A resurgence in Indian cuisine being taken back to its pulse and bean routes is a hit with chefs and diners alike. You may not see everything switching to vegetarian overnight, but it will certainly become more vegetable-driven. Allied to this is farm-to-table cooking, with an increasing number of chefs sectioning off a piece of farmland in the countryside to grow their own produce.

Less wastage is integral to sustainability, so it’s hardly surprising to see this being driven so strongly. Think lesser known or utilised cuts of meat such as shoulder and cheek, with inventive new takes on African-style offal now being served up as well.

Being good to the gut and banishing the booze

Health consciousness continues in the form of gut-friendly fermented foods and pickles such as unusual in-house pickles, kimchi, kefir, miso, and kombucha featuring more prominently on menus. Continuing in the good-for-the-body vein is the rise of creative booze-free beverages; flavoured teas and tonic waters, as well as botanical mixes.

Staying in is the new dining out

In 2016, food delivery channels earned £3,6 billion in 2016, a 50% increase in revenue from 2008 and regardless of the economic state, this rise is continuing in 2018. And the rise is far from confined to fast and fast casual orders, with Deliveroo, for example, reporting a 35% increase in demand for healthier culinary options. The same is true of the various gourmet offerings from home food delivery sites, with people preferring to peck at decadent dishes like caviar and truffle with a home fork while sitting on the sofa.

It’s aloha to Hawaiian and a focus on fish

The healthier, sustainable consumption mind shift again manifests in the switch to fish. Some of the best seafood restaurants are experiencing not only a surge in bookings but more mindful menu ordering as well, with consumers requiring greater transparency on whether what they’re eating has been sustainably fished or farmed.
Get the Latest & Recommended articles in your Inbox

Whereas the Hawaiian poke bowl has made its presence felt from coast to coast in the US, it is yet to be felt strongly in the UK but, analysts predict it is just a matter of time. Think sushi minus the intricate roll or cone - basically the raw fish or nigiri - in a bowl sprinkled with other fresh ingredients varying in zestiness and taste as personalised by you.
If these cultural integration trends are future indicators, it seems the culinary lottery is to be found in the convergence of taste, mindful eating and menus crammed with a rustic-style returning to the basics, even if those basics are borrowed from other cultures.
Copyrights © 2023 Inspiration Unlimited eMagazine

This Page Has Inspired
1041
People So Far..
Any facts, figures or references stated here are made by the author & don't reflect the endorsement of iU at all times unless otherwise drafted by official staff at iU. This article was first published here on 26th April 2018.