Sorbitol Moments: “A whole lot of onions, and I can still eat them!”

Yet another Sorbitol Moment. Read ON!
This Page Has Inspired
1065
People So Far..
Read: Detailed write-up on The Sorbitol Moment.
In a recent opportunity to interact with one of the teachers of Inner Engineering (a basic program offered by Isha foundation worldwide) here at Bangalore, I learnt a lot of things - Some things by seeing the way she conducted herself, and some other things by asking. These interactions left me with a lot of awe for the lady, not because she held herself at such high gravity, but in fact she did the very opposite. She was as if she was one of us, and the simplicity and honesty in her interactions with me has me amazed. 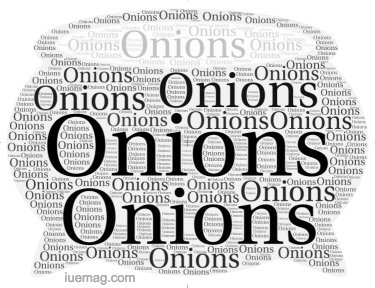 In one such conversation, I was talking about how daunting a task it was for me to stop eating junk food - and I was amazed by how she could consume raw foods for dinner without a fuss everyday. “I would find it impossible to have this much self-control”, I said. “It isn’t about control, really. I can eat whatever I want, it is just that I choose raw foods since it is more suitable”, she said without skipping a beat. And then she went on: “There are times when I won’t have access or will be in situations where cooked food is the only option, there have also been times when I have been served a lot of onions and green chillies- and I have eaten them happily! So if there’s some place where due to some reason I am served a whole lot of onions, I would still eat it!”, she said.

At that precise moment, I was a bit confused, so I changed the subject of conversation- but that statement she made lingered on my mind- since it wasn’t assimilated yet. A few hours later, I tuned myself in to the very first chapter of the Neuroplasticity course that I have taken up on Udemy. There he talks about physical neural networks getting established for each decision we make. That got me thinking - EACH time somebody asks me why I don’t join keyboard classes, I say I don’t really have the time.
The fact actually is- that it is not one of the most prioritised items on my list. I don’t have time?- Rubbish. I have ALL the time in the world to do EVERY single thing I want to do, in the order of their priority. But what happens when I say “I don’t have time” is, a network gets established in my brain which will make me hurry, because the brain takes my words at face value. A few hundred times of repeating the same sentence intentionally or unintentionally - and the brain is wired to never have time! THIS is the power of a wrong thought or a wrong statement.

I can clearly recall ALL the times from childhood where I have wanted to give up junk, and have used will power and control to achieve the same. It has worked, not that it hasn’t. It just isn’t long lasting, because if I’m going to waste my will power on something so silly as junk food, I will need to stack my will power immensely for other stuff which needs will power!
Get the Latest & Recommended articles in your Inbox

Subscribe!
So it amazed me, and made a whole lot of sense to me, her reply- she was exercising no self control while she ate raw foods at home. Rather, she said she was eating it since it is more suitable for the system, and other foods are not a definite no-in fact, a whole lot of onions and she can still eat them!
I’m damn sure I’m not the first one to question her about her eating habits and her ability to follow it. Her answer being the same to a few hundreds or thousands of people, what a strong neural network would be established, without the need for will power, has left me in awe! The right thought and right words- matter!
“A whole lot of onions, and I can still eat them” -indeed.
Copyrights © 2023 Inspiration Unlimited eMagazine

This Page Has Inspired
1065
People So Far..
Any facts, figures or references stated here are made by the author & don't reflect the endorsement of iU at all times unless otherwise drafted by official staff at iU. This article was first published here on 24th April 2018.
Sandhya Nagaraj
Sandhya Nagaraj is a contributing writer at Inspiration Unlimited eMagazine.