The Foreigner: By L.R. Gordan 1. What inspired you to write this book?
I had always wanted to try writing, and I do remember having the vaguest idea for what became The Foreigner for years before I ever developed it beyond the initial concept. I just had this idea floating in the back of my mind about a young woman trapped in this endless museum-library place. I guess she wanted out eventually. I couldn't ignore that.
2. What we the earliest incidents in your life when you learnt you had a writer in you?
I did write when I was young--well, to be more accurate, I drew pictures that were supposed to tell stories. Those that I recall were all about cats or other animals.
3. Who are the most apt readers for this book? What kind of seeker would be delighted to read this piece?
This is something I actually still struggle to specify. There are several different genre elements and not all of them have the same fans. There is a healthy Gothic streak, but there are also elements of what is commonly called "weird fiction", all of it attached to a plot that is mostly political intrigue. The main character, Adeline, starts out as almost an archetypal Gothic heroine, but she's not content to remain one. So, to summarize, if you like violent revolutions, interdimensional monsters, a lot  of sneaking and plotting, and the snarky inner monologue of a mousy, emotionally repressed, and in her own way, strong female character, this book might be for you. Err, show of hands?
4. Who's your inspiration when it comes to becoming an author?
I ha 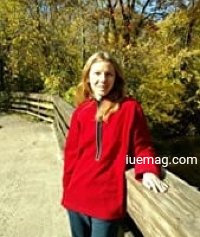 ve to give all respect to basically anyone who has completed a novel. To this day, I still cannot comprehend how the most prolific authors do it. My own tastes are very eclectic, and I have several favorite authors. I am also constantly discovering new ones, either because they recently entered the scene or because I finally stumbled upon them. My favorite new discoveries this year were Sofia Samatar (A Stranger in Olondria, The Winged Histories), and Michael McDowell (Blackwater, The Elementals).
This has been stated by more than one author (Toni Morrison is one, Hilary Mantel is another), but it bears repeating, because I think it is the ultimate writing advice: write the book you want to read. That should be your first reason, whether or not you plan on making a living off of writing (which I am nowhere close to doing, in case anyone was wondering).
One influence that a lot of people who think writers can only be influenced by other writers might miss is the influence of film in addition to books. I remember writing certain scenes and thinking "I want this to have kind of the same feel as this particular movie scene."
5. What changed after you turned an author?
I would not say anything changed in my core personality, but I was extremely happy and satisfied that I had achieved my goal. No matter what happens, it will always have been worth it to me.
6. How many hours did you have to dedicate to bring this book alive? What schedules you had while doing this? What's your hack here for other writers?
Most of  The Foreigner was written over a two-year period, although it ended up being not quite four years from the very first writing I did to publication. Once I decided that it was serious, I did set a schedule for myself, which I mostly adhered to. At first it was all about word count, and then it was about writing key scenes and resolving plot points. Like hangover remedies though, everyone has there own preferred method, so it's more important to find your own then to copy someone else's.
7. Who are the people you would love to thank & mention about in this journey of having become an author?
Basically everyone in my life has been supportive. My editor, Julie Gilbert, was amazing and much-needed.
8. Lastly, What's your piece of advise for other aspiring authors?
If you want to write, then write. There is no better preparation than simply sitting down and writing. The editing comes later.
Links to purchase of this book online
ttps://www.amazon.com/Foreigner-L-R-Gordan-ebook/dp/B01MG59X3Y
Get the Latest & Recommended articles in your Inbox

This Page Has Inspired
1044
People So Far..
Any facts, figures or references stated here are made by the author & don't reflect the endorsement of iU at all times unless otherwise drafted by official staff at iU. This article was first published here on 11th April 2020.