Vienna a cultural and historical hub of Europe. Read on to find out why it should be the next place you visit.
This Page Has Inspired
1050
People So Far.. 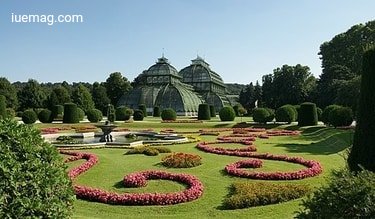 Vienna is one of the most popular tourist destinations in Europe. Austria has been a firm favorite amongst travelers for decades, and its capital is home to incredible architecture, food, and culture.

The birthplace of historical figure Marie Antoinette and the Vienna schnitzel, there are multiple reasons to spend some time in this beautiful city, however, here are the top 5 reasons why Vienna should be your next travel destination.

Clearly one of the most exciting and best parts of Vienna is the food. Vienna is the birthplace of the Wiener Schnitzel, a cutlet of veal that is pounded out until flat, and then breaded and fried. It is a staple of Viennese diets, can be found everywhere, and is enjoyed either hot or cold.

Vienna is also very famous for some of its desserts. Apfelstrudel is an apple strudel that is enjoyed worldwide, but the best ones can only be found in the heart of Vienna. Sachetorte is a world-famous chocolate and jam cake, which can only be found at the Sacher Hotel.

Sausages are also incredibly popular, with many Austrian and German variants found throughout restaurants and cafes in the city. Vienna is multicultural, but the food that made it famous is still made and enjoyed the same way it was hundreds of years ago. 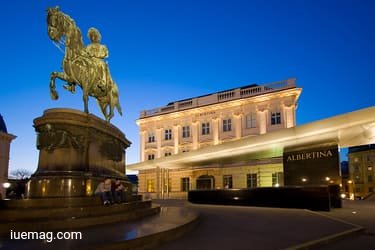 Like many old European cities, Vienna has old architecture and buildings everywhere. It is also home to multiple different styles, from Romanesque to traditional modern architecture, you will see a new style around every corner.

The Secession building, Kirche am Steinhof, and Karlsplatz Stadtbahn Station are all works of the famous architect Otto Wagenr. These buildings are also regarded as some of the best examples of Art Nouveau architecture in the world.

The DC Tower 1 building is the highest in Vienna at 220m, there are a lot of laws and regulations within the city that limit the number of tall buildings, as the city aims to protect the green areas, as well as the cultural heritage districts within the city, which there are many.

Art and music are probably the two biggest aspects of Viennese culture. Musicians and composers such as Wolfgang Mozart, Ludwig van Beethoven, Franz Schubert, and Johannes Brahms all called Vienna home for a time while they worked there.

There are also a number of opera houses and theatres across the city, with musicals, shows, and productions a constant feature throughout the year.

There are also numerous art galleries and museums across the city, all filled with different history and art styles ranging from Classical to Romanticism, sculpture, and everything else you can think of.

Vienna is home to two incredibly beautiful imperial palaces, the Hofburg and the Schonbrunn, with Schonbrunn also being home to the world's oldest zoo. Vienna also has over 100 museums, as well as many art galleries.

Some of the more unique things are being able to go see the famous Lipizzaner horses at the spanische Hofreitschule, as well as the Vienna Boys Choir. You can also go on excursions to the Heurigen district Dobling.

As mentioned already, the over 100 museums attract 8 million people a year, and you can also visit the famous houses of Mozart, as well as the memorial grave of the composer, as well as the graves of many famous Viennese.

If you are just wanting to relax, Vienna has many large and small gardens and parks for you to visit and walk around, sit, or even have a picnic. The plants and trees change throughout the year, and there is never a bad season to visit.

These parks and gardens are also home to many famous Viennese monuments and statues, including one of Johann Strauss. Stadtpark, where the Strauss statue can be found, is also home to the gardens of the baroque palace, where the State Treaty was found.

If you are a sports fan, there are also numerous football grounds and stadiums to be found across the city. FK Austria Wien and SK Rapid Wien both call Vienna home, and the home games are often loud and very enjoyable for those in the stands.

As mentioned at the start, Vienna has been an incredibly popular tourist destination for ages. Whether it is for the food, the people, or the culture; millions of tourists as well as artists, have visited the city.

Vienna can easily be considered a cultural hub of Europe, considering its many ties with history, composers, music, and many in the arts, it is definitely the place to go if you want to experience a cross-section of old European history and culture.

While the current pandemic has obviously slowed tourism down, you should definitely book your next holiday to Vienna when you have the chance, it will definitely be one adventure you will never regret, or forget.

Image 1: böhringer friedrich, CC BY-SA 2.5, via Wikimedia Commons
Get the Latest & Recommended articles in your Inbox

This Page Has Inspired
1050
People So Far..
Any facts, figures or references stated here are made by the author & don't reflect the endorsement of iU at all times unless otherwise drafted by official staff at iU. This article was first published here on 9th April 2021.