Key neurotransmitters that determine our happiness and overall satisfaction in life. We ought to know what they do and how we can optimize their impact in our lives. Read ON!
This Page Has Inspired
1030
People So Far.. 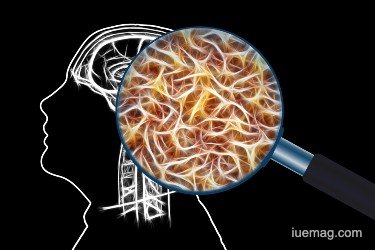 What Do They Do? Why Are They Different? And Which Do You Need More Of?

Serotonin and Dopamine are both neurotransmitters. They are responsible for our happiness and life satisfaction respectively.

Neurotransmitters are a series of chemicals that our brain releases when neurons communicate with each other.

Some people's brains do not produce or release enough dopamine and/or serotonin. This can lead the person to develop depression, anxiety, a low sex drive, and even memory loss.

Today, we are going to look at the difference between serotonin and dopamine and the unique roles they play in our bodies.

Here is a breakdown of the key differences between the two chemicals: 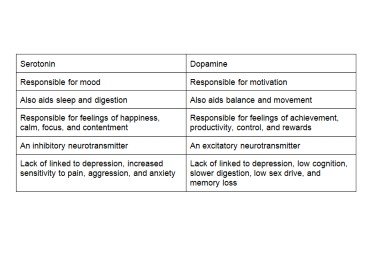 If you would like to take a deeper dive into this comparison, then check out this article -

Serotonin is a neurotransmitter that is released by the brain. It is responsible for regulating our moods but it also helps us to sleep well and to digest our food.

The scientific name 5-hydroxytryptamine (5-HT) refers to serotonin. It is produced in the central nervous system (CNS).

While serotonin is typically linked with making us feel happy, a lack of serotonin is also associated with anger issues and aggression. 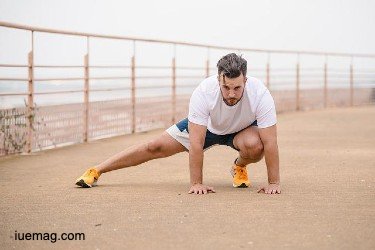 How Can I Get My Brain To Produce More Serotonin?

There are a few things you can do to increase the amount of serotonin produced by your CNS.

The easiest way to do this is to exercise - exercise causes your brain to release multiple types of endorphins including both serotonin and dopamine.

Eating well can also help your brain to produce more serotonin. As can meditating. You should also make a list of little things that make you happy every day.

Dopamine is a neurotransmitter that is released by the brain. It is responsible for regulating our motivation and satisfaction. It is also responsible for our ability to move and our balance.

Like Serotonin, Dopamine is produced in the CNS and is an endorphin. Endorphins are produced by breaking down amino acids.

Dopamine also plays a key role in short-term memory storage. When we don't produce enough of it we struggle with recall and our cognitive abilities actually drop.

Dopamine is the chemical that is responsible for our motivation and whether we feel satisfied. It is because of dopamine that we are more likely to choose short-term rewards over long-term benefits - i.e going on TikTok instead of working on our novel.

How Can I Get My Brain To Produce More Dopamine?

Spending time in the sun is a good way to make more dopamine. Vitamin D is essential for dopamine production and absorption.

Exercise is also essential for dopamine release - as well as eating well and meditating. Listening to music and learning new skills can also improve your dopamine levels.

You should also break your tasks down into smaller chunks. This will increase the amount of dopamine each task will give you.
Get the Latest & Recommended articles in your Inbox

How Do Serotonin And Dopamine Affect Depression?

Low production of serotonin and dopamine has been linked to both depression and anxiety - particularly to the following symptoms:

Studies have shown that some people are born with brains that have issues with producing and absorbing both endorphins. However, trauma, pain, and stress can permanently or temporarily affect our brains' ability to process the chemicals too.

Long-term solutions for both problems include medication and therapy.

In day-to-day situations, learning how to kickstart your dopamine and serotonin production can help you cope with many of the symptoms of anxiety and depression.If you are looking for something you can do today, try
Share it with somebody in your family or friends circle who needs to read this now. Thank you!

This Page Has Inspired
1030
People So Far..
Any facts, figures or references stated here are made by the author & don't reflect the endorsement of iU at all times unless otherwise drafted by official staff at iU. This article was first published here on 27th April 2022.