This Page Has Inspired
1787
People So Far..
Life is about learning from others and from what comes your way. We are living in the world of technology and new discoveries. Information is the power and every second thousands of ideas are flowing in. New discoveries and much powerful ideas all around the world are paving way to the fast development. I was not born in a very rich family and hence I had to struggle to achieve a few things in my life.

I lost my parents when I was 10 years old. It was the time when tuberculosis was a major disease with no cure, similar to HIV/AIDS today. I was left alone with no close ones and life completely changed for me. I was lucky to go to primary school and was moved to a children's home where I was assisted to go to high school. It was definitely not a smooth life to experience relatives rejecting you, having no friends to count on and no one back home. It was a lonely life ahead of me. 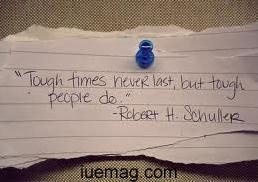 I stayed at children's home for around four years. Fortunately I got a great friend who was like a mother to me and her name is Darleen Johnson from California. She helped me with my school and my college diploma life. She entered my life like a god sent angel. Without her maybe I would have lead my life in the streets. Most of my friends went back to streets or just got into drug abuse.

Most of the time in my life I never got mentored or monitored by any but I took my decisions myself. May be that helped me not do wrong deeds, anyway that is just a bit of my life but I hope one day I would write about it.

What always kept me going is meeting people who inspire others like Sir. Sujit Lalwani. I met Mr. Sujit in Switzerland. I was amazed by the kind of work he had done in India at such a young age of mere 25. I got inspired and I really wanted to inspire others like him. Former Your Big year Ambassador Michael Teoh from Malaysia, being just 24 years of age, has travelled around the world and has given a roof to live under and the strength to live forever, to the deprived people. I have met Michael in several occasions when he his talks were arranged. I wonder that how he keeps his energy so high; and as well, sorts the problems of people out.

Despite the fact that life has not being easy I have always stood firm and ready to make a change and also support others so that they too could make a difference. When I was in college pursuing my diploma in actuarial science, I started a retract club which is under rotary club international.

Through the club I was able to initiate some project that benefits homes. I also got involved in rally for the physically and mental challenged, and also was a part of the organizing committee of End polio Now campaign which was very successful. Today am also a part of an International nonprofit organization and a global summit called One Young World. I represent my country as an Ambassador.

I take the pride to tell the world that I was one of the top 16 finalists of a Global competition called Your Big Year. Your big year finals was coming closer, when in Liverpool for the finals I had a chance to meet great people who inspired the world like Sir Richard Branson, The Virgin Founder. I also had a chance to be interviewed by BBC world, the first international interview that I believe inspired many.
Life has taught me to work hard and to dream big, I now am running my organization called Change Mind Change Future. It's a mentorship program and also working on different programs. We also work to promote 36meals through our organization, an initiative that Mr Sujit Lalwani came up with. My dear friends, Success comes to only those who work hard. Don't be ashamed of what situation you are in but be ready to fight and become a leader. You might thousands of ways to get diverted. But know your direction and stick firmly to your right deci-sion. Never perform wrong deeds. Be good, do good.

I still have a dream of owning several companies and even charitable organizations and help and support others make it in life, also still need to go back to University and study my degree, masters and PHD in Actuarial science and more to come.

If I could achieve so much, you too can. Don't stop and blame the situation. Go ahead and prove yourself the best.

This Page Has Inspired
1787
People So Far..
Any facts, figures or references stated here are made by the author & don't reflect the endorsement of iU at all times unless otherwise drafted by official staff at iU. This article was first published here on April 2012.
Calvin Jodisi
Calvin Jodisi is a contributing writer at Inspiration Unlimited eMagazine
Unverified