A wave of change through Theatre - Naeema N Butt: Pride of Pakistan

It is a pride to see more women creating their identity in this world, coming from an environment where it is hard to even raise voice against corruption happening around them. Meet one such lady who has made a mark with her incredible passion to empower the world. Read on!
This Page Has Inspired
2007
People So Far..
Born in Lahore, Pakistan, in an orthodox family, she still grew up like a tom boy - always adventurous, found interest in sports, got attracted to drama, was inspired to create a change and is now creating a change as a social activist and through theatres. Meet this lady who inspires not just through her words, but through every action of hers. Introducing  Naeema N Butt, founder of PEHLAAJ, President of World Merit Pakistan, former National football player of Pakistan, Social activist,  Theatre artist, General Secretary of Pakistan-U.S. Alumni Network, Lahore Chapter, former Head of Extra Curricular Activities at Information Technology University, and the list continues. A lot of questions around her roles might have aroused in your mind, that includes how she has been able to do it all at the early age of 25! Let’s learn more about how she has been able to manage it all, what brought her so far in this journey and what consequences led to each of the roles she has been taking up. 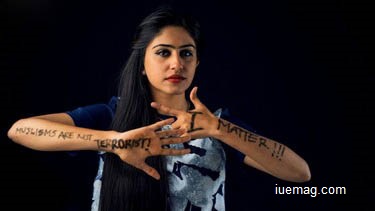 Theatre, that became one of her major interests during the course of education turned out to change her entire life’s journey. Naeema was chosen to be the Director of the Dramatics Society at the University of Punjab, Lahore, Pakistan, where she pursued her BS in mass communication. Meanwhile, she was also chosen on UGRAD scholarship program to complete a semester in West Liberty University, USA . There, she realized how theatre could be used as a powerful tool to convey any kind of messages. She began to prepare herself to utilize drama as a tool to change the world -  she learnt the art of directing, scripting and all that was required for a performance. “When I was at the US completing my last semester, I did a lot of theatre, performed many plays that helped realize how much more could be done using theatre.” Ever since childhood, Naeema always felt she was chosen to live on this planet for a purpose; she always felt a divine relation with the almighty, whom she believed, was there with her at every step. With this belief, and with the kind of exposure to theatre, she started Pehlaaj. “Through Pehlaaj, we believe in bringing peace education through performing arts. We have conducted workshops of Theatre of the Oppressed, a community-based education that uses theatre as a tool for social change” she states.

Pehlaaj revolves around a concept where the audience are involved in performing the play. In a regular theatrical performance where the actors perform their roles, and the audience continue to watch, may or may not have an impact in the minds of the audience unlike Pehlaaj, where the audiences after certain amount of time, are made to take up roles and perform.  Themes of focus are education, human rights, women empowerment, corruption, child abuse and others, that had to be changed in the society and would a positive impact on the participants. “The maximum number of participants in our workshops is fifty, since there is a need for an actual influence in each of them, which cannot happen with a larger crowd” she says, “The participants are made to form groups, and come up with a theme, where each of them will take roles and enact a play. The stories of the plays are real incidents of one of their journeys. While they act, the rest of the participants can add their feedbacks or probably takeover a particular role and enact too. This way, each of them are highly influenced to stay positive and understand their social responsibilities.” The concept is one of its kind that continues to actually create a positive change in individuals. 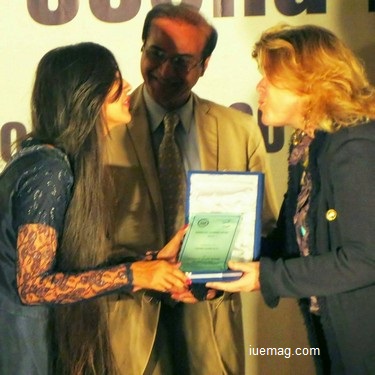 In reality, life is never smooth, when one walks the path that leads to creating a change, and has been the same for Naeema. One of the biggest challenge is the community she is in - Theatre was not really appreciated when Naeema drew all her interest towards it. “When we started dramatics club at the university, I was much involved in theatre. A lot of people would come to me and say ‘You should not be doing this’. I really believe that god has given us all a life to do something for the world and not just keep all the happiness within ourselves.” she says. Another challenge was the support from her family. Naeema had quit her government job to pursue theatre full time; she had by then started to volunteer for various causes. She had a lot of travels; a girl travelling from Pakistan to other countries, without someone along, was again not really appreciated by the family. They were concerned about her personal life; they wanted her to settle well; there were expectations on her, to get married. It was definitely not easy for her to break down these barriers. She shares more about her challenges - “It was hard to face the situations that would arise in the family. My father was bed ridden for five years, after which he left the world. Now, I was expected to be more responsible for the family. On the other side, I am equally responsible for my society, my people. There were lot of negative vibes - a lot of jealousy and a lot of leg pulling. There was a lot of discouragement from family and friends. Another biggest fear that I had was, I did not want to lose; I had met a lot of losers. To take decisions and live that way is not easy in a male dominant society. Along with all this, sometime I need to face health issues. Although I had challenges surrounding me completely, I knew I had god along who would always help me walk.”

Naeema always followed the basic principle ‘Never give up’ and that is the most important principle a lot of today’s generation, fail to follow. Every time, she was made to face a challenge, she asked herself what kind of an example she would set if she gave up. This drove her to push herself harder. Meanwhile, for the kind of contribution to the society, she was also chosen to be the president of World Merit Pakistan. World Merit, that connects talented youth with opportunities and is focused on creating a positive change, recognized Naeema’s selfless efforts, as a president of the council. This led her to represent World Merit  Pakistan at the United Nations’ Nexus Global youth summit, that took place at the UN Headquarters. She also got a facilitator’s training in Theatre of Oppressed- Waging Peace and Designing Justice Program from Mandala Centre for Social Change Port Townsend, Washington, USA. She worked with Indian Director Usha Gangoly from India as an actress and also got professional trainings under her direction for the India/Pakistan theatrical performance organized by Ajoka Theater. She has continued to use theatre to spread goodness in the society. 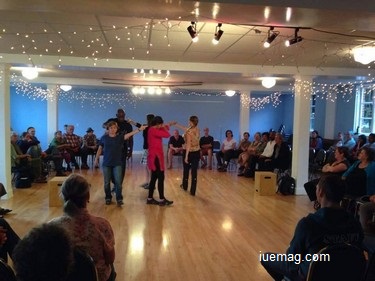 Apart from these, Naeema also initiated a project ‘I have a dream.. to educate’ that creates awareness in the needy children about their rights to education and about scholarship about opportunities. She has  also initiated donation  drives and trainings for women. “Not everyone has been lucky to do good to someone. I believe that god has chosen me for this. I work with people in the old age homes - they call me as their daughter. To understand them, feel inside them and absorb their pain is something I love to do. Money does matter, but they want to be relied that they exist. This is the reason god put me here” says she.  Also, she currently works as a Joint Secretary in Noyan International Ngo which runs Old Age home, Orphanage, Special Children Institute.

For her selfless service and enormous passion at work, she has received various awards that includes Emerging Leader 2014 Award from US Consulate General, Lahore, Distinguished guest Award for being actively involved in social work and others. She has also been nominated by the Pakistan-US Alumni Network, in the list of ‪top 30 under30 women achievers. Her applied theater group, PEHLAAJ recently got selected for an incubation in Accountability Lab which is an International NGO working to eradicate corruption from Pakistan and foster for transparency. Her idea was nominated in one of the top incubates. She has recently been chosen to represent Pakistan in Merit360 Program which is going to take place in New York in 2016 where all young leaders around the globe will gather to represent their ideas and plan to tackle UN sustainable development goals.
Get the Latest & Recommended articles in your Inbox

Subscribe!
She is also going to work with Soroptimist International (SI). SI Bangalore is committed to a world where women and girls together achieve their individual and collective potential, realize aspirations and have an equal voice in creating strong and peaceful communities worldwide. She reveals the secret to her achievements as, “Things that have happened have surely been the way I wanted it to happen. I wanted to be a football player and I won gold medal in National Football (Soccer) Tournament held during the year 2005 which was the first national football women championship ever held in Pakistan. I wanted to study at the US and it happened. I believed in living the present. Maturity comes when you start living the present.” She also credits her success to her mother, her theater instructor at West Liberty - Professor Michael Aulick, her professional trainer and mentor Marc Weinblatt from Mandala Center, her extremely talented writer colleagues in Pakistan, her Swedish friend - Hannah Gardell and every individual who has been a part of her journey.

“Never ever think you are above someone or below someone; Just know u exist, which matters. Leave the past, leave the future, live in the present. When you start doing it, you become a fearless person. The fear is all about future or past. Do not live someone else’s life. Live who you are. Also, share your happiness with others, you will get back much more” are her messages to individuals who aspire to create their identity in this world.

This Page Has Inspired
2007
People So Far..
Any facts, figures or references stated here are made by the author & don't reflect the endorsement of iU at all times unless otherwise drafted by official staff at iU. This article was first published here on 12th April 2016.
IJ Kavyashree
IJ Kavyashree is a contributing writer at Inspiration Unlimited eMagazine.