Here is the journey of two engineering graduates from a family background of farmers, went all out to create innovation using technology to help the farming sector. Read on to know how they faced the hurdles as first-generation entrepreneurs and gradually evolved to establish the brand.
Tweet
Views
2152
Entrepreneurship is clearly one of the most powerful and influential words of the past few decades. As Indians are finally taking their coats off to take some real action into the business world, we see many ingenious and groundbreaking ideas coming to surface. Small or big; the expanse of an idea is only based on the largeness of one’s vision and one’s ability to stretch it beyond the horizons. Even before the “Start-up” term coming to fame in India; some budding entrepreneurs had already got wings for their ideas and are presently soaring success which is an ignition and inspiration for the aspiring ones. 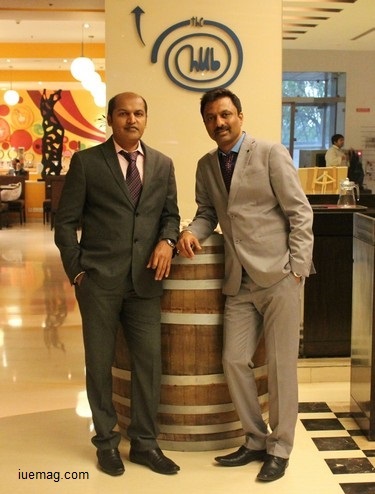 Two of such entrepreneurs are the CEO & Co-founder of Shivrai Technologies - Sanjay Borkar and the COO & Co-founder - Santosh Shinde. Passing out of Pune University with a degree of Engineering in Computer Science, they were firmly set on a decision to start up their own venture. They both started up with Shivrai Technologies - A software and mobile application development company, specializing in agriculture and agribusiness. Implementing an idea that penetrates the traditional farming concept was challenging. In the 1990’s, with the internet gradually catching up and softwares not being the coolest among the commoners, it was even more challenging.

Why agriculture? “Agriculture is a prominent sector in India. As we both belong to farming families, we wanted to serve that sector. Back in those times, it wasn’t much of IT; rather mostly computers. Technology as we see today has covered every other sector or field, which wasn’t the case back then. So Information Technology had by far nothing to do with agriculture. Two poles apart. We saw that the farmer being the most important stakeholder in the farming business is usually clueless about how much profit he will make. Traditional farmers had no proper way of keeping records of their cultivation and analyse it for increasing productivity. So, we thought of creating a software that will inculcate scientific farming practices and increase profitability for farmers. It was a great opportunity and we always wanted to make something different and innovative. In fact we started with a vision to ‘Transform Agriculture with our Innovative IT solutions’ ”

The journey uptill here wasn’t a cakewalk for Sanjay. A very bright and enthusiastic student, he always wanted to opt for medical studies after his schooling, but as things didn’t work in his favour, he took up Computer Engineering, after getting inspired by one of his friends. During the course, he went through some real tough phases. Depression was obvious. In no time he was back to his feet, working with double enthusiasm and knocking off all the difficulties that came in his path. He started developing deep interest for coding and problem-solving.

Santosh was a bright student with consistent track record and was having keen interest in Multimedia, which was an upcoming field in those days. In their final year, they worked on innovative multimedia programming projects that propelled them towards finding their real passion. After passing out of college, both Sanjay and Santosh decided to start their own business. Their friends on the other hand were working for bigger companies and planning to settle abroad. They too got offers from overseas IT companies, but they refused as their decision was too firm on breaking their own code. Being the first-generation entrepreneurs, they faced too many challenges. With the project coming to shape in 1996, when there were very few small IT companies, they had very little or rather nothing to learn from. Facing two recessions up till now, they have clearly proven their strength so far.

The first few years were definitely challenging. Capital became the biggest issue, as they were self-funded for the entire project. Initially, they started taking up software and multimedia projects. Taking risks and gaining experience through this path was a good start. They grew as entrepreneurs and within a few years came into picture ‘FarmERP’, their bling of a project.

“The basic idea was to introduce the farmers with a simple software to improve quality and help them practice farming in a more commercial way, and bring a positive change to their outlook and also to introduce them with how useful technology can be, and how they can make the best use of it. The FarmERP version 1 was a basic one, where the farmers can keep daily records of their activities, and on that basis get reports. With the coming versions we have included additional features and modified the previous ones for better optimization. Now FarmERP software supports entire value chain i.e., from Farm to Fork”

FarmERP has helped number of farmers in India, as well as abroad to improve operational efficiency and increase profitability. Over the years, Sanjay, Santosh and their team have taken up various international projects and implemented FarmERP for farms in India, USA, Turkey, Thailand, Oman, Azerbaijan & South Africa. They are aggressively venturing into other geographies of the world. They have a big dream to make FarmERP a most successful Indian software product being used across the globe for agriculture.

Through the journey, they made many mistakes, but gained a plethora of life learnings and experiences from each one of them. Pushing one’s boundaries becomes easier when one loves his job and is the same with Sanjay and Santosh;  they love what they do which surely helps them to  evolve a lot, as a person. 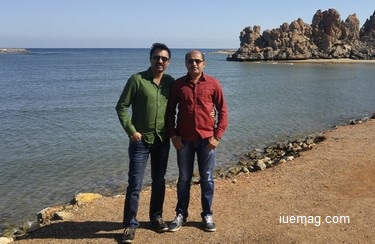 With being a change-maker, a problem-solver and an entrepreneur, Sanjay is a travel enthusiast and a photography fanatic.

“Yes, it’s the best part of my job. It allows me to travel a lot and I really enjoy it. Some people take business travels very methodically, but I like to take it as an inspiring vacation. It makes the work interesting and brings positivity to the whole business. I love to extend my memories by capturing all of these in my camera. It is definitely wholesome.”

While Santosh is instrumental in taking FarmERP business around the globe, he is a music lover and an avid traveller. He shares, “I love meeting new people and getting to know their lifestyles. Tasting the local food, visiting places & listening to their music is so much fun. It’s always important to relish & live in the moment”.

Santosh believes that the reason behind the success of their venture is the dire efforts, dedication and passion they have behind it. Positively affecting more than 10,000 farmers and around 300,000 acres of land covering all sorts of crops, they know that they still have a long way to go. Looking back today, he says, their planning and hardwork paid off well.
Get the Latest & Recommended articles in your Inbox

Subscribe!
Revealing FarmERP future plans, Sanjay says, “We want to give every agricultural stakeholder an extraordinary user experience which will yield them more profits and will lead to sustainable and ecofriendly farming. Geographic Information Systems, Mobility, Big Data Analytics and Precision farming are going to be our focus in the coming years.”

“To young entrepreneurs, who wish to take at start-up must know, that, it’s very important to know what you want to give to the world. An educational degree is just a small part entrepreneurship. You require gaining an insight to acknowledge a problem, and then work towards finding a solution for it. When you begin, you have nothing to hold onto; and you must be thoroughly prepared for that. Never lose focus from your target. It’s only your passion that keeps you going.”

Pocketing such commendable aspirations, it is clear that Sanjay and Santosh are dare set on their dreams and the ambitions they carry are definitely helping them walk the path of success.
Copyrights © 2022 Inspiration Unlimited eMagazine

Any facts, figures or references stated here are made by the author & don't reflect the endorsement of iU at all times unless otherwise drafted by official staff at iU. This article was first published here on 2nd April 2016.
Interning IJ Mugdha Dumbre
Passionate youngster who envisions to empower the world through her actions.
Most Loved On iU
Have something to share? Drop us a line below!
People who loved this also loved