From a Non-dancer to an Epic Dancer! - Aman Sanjiv Puri

Graceful moves swiftly cutting the air, face glowing with joy and the energy swinging in melody aptly defines the harmonious act of dancing. A conversation between body and soul, not to conclude without the twinkle in the eye, which exhibits determination and strength of the dancer. Here is one of the youngest dancers of Mumbai, with achievements and praises in his bag already at the age of just 20.
This Page Has Inspired
2460
People So Far..
Aman Sanjiv Puri, a 3rd year Computer Engineering student and an instructor at Mumbai Rockers Academy has his goals set and aspirations fuelled with energy. His evolving dancing styles and techniques have been greatly recognized. Also, his power-packed performances have led him to new levels of success. He has been a winner at his college fest and has done two TV appearances up till now. Performing in annual Dance Show Dance Dhoom Reloaded 2014, he won three medals and a trophy. In the consecutive year too, he won two medals and a trophy, with his amazing performance getting recognized by the Indian dancer and choreographer, Dharmesh Yelande himself. He has also instructed and performed at 2 flash mobs, one of them in Goa, where the performance was for 500 corporate workers of Pepper Fry company. He is also involved in organizing various cultural events on a grand level. 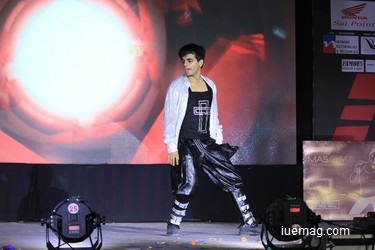 Aman was a very reserved child with a low self-esteem during his school days. Since he was a healthy and overweighing kid, it was difficult for him to breakthrough his own self-consciousness to be more socially interactive. Very fond of dancing, but with no proper guidance and opportunity at hand, he could not figure out what to do about his passion. On the other hand, he was a very sincere student who kept his studies as his topmost priority. It was only after completing his SSC, there was a new turn in his life. He witnessed many cultural events in his junior college. The working and collaboration, the setup and organization of the events captured his attention. He used to escort the performing artists for the events, which became a definitive trigger for him to start pursuing his own passion. Seeing his colleagues participating in these varied events and the kind of support they received from college, made him rethink about his love for dancing. This was the right time, he knew it. It was during the freshers' event when he decided to perform for the first time. A big fan of Michael Jackson, he was set on performing in his idol’s style. With nobody to guide or teach him, he started watching Youtube videos of Michael Jackson and began on his own. Practicing day and night for his performance, he gave in every inch of effort he could manage. Since it was his only solo performance in the event, he was all ready to risk it and face any kind of mockery from the audience.

After a month long of hardwork dedicated, he was finally going to perform. But unfortunately, just moments before his performance, the organizing team decided to cancel it.

“It was devastating for me. I lost all my hope and confidence. All these years I had been waiting for this moment. So it was heartbreaking for me. But then, miraculously one of my friends came to my rescue. She requested the team saying that I had been working for a long time on this and they had to let me perform. Finally they agreed and I took the stage. The performance was very good on a basic level. This led to more opportunities in college events, which boosted my confidence. I started working harder, but to achieve what I had in mind, working on my own was not enough. I needed a mentor to guide me; someone who will teach me professionally and will help me to achieve my dreams.” 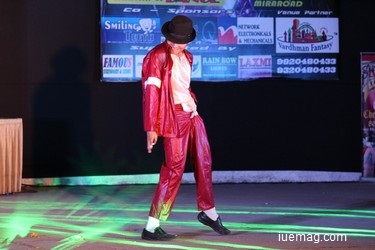 “Where there is a will, there is a way.” And just like that Aman found his mentor. He came across Mr. Bittu Singh from the Mumbai Rockers Academy after seeing one of their fliers. Aman contacted him, and expressed his deep desire to learn the moonwalk style. His mentor explained to him that if he wishes to learn dance, he cannot do that in haste. He needed to go through the basics, and mould into a dancer’s body form, to be able to pursue his dream style. There began Aman’s dancing journey on joining Mumbai Rockers Academy.

He worked rigorously to excel every dance style that was taught to him. In a matter of just 3 months, he improved so much that his mentor decided to take him to a shoot. “This was my first appearance on television and it was with Govindaji, the veteran actor of Bollywood, so it was very exciting and inspiring. The experience was totally wholesome. I enjoyed and learnt a lot. It was after this, when I got my first private lesson on Michael Jackson style from my mentor.”

With this, Aman began expertising on this style and got many opportunities to perform at various events. In this process, he learnt a lot, made mistakes but stood up again on his feet. Unbelievably, Aman lost around 20 kgs to get the right physique of a dancer. Getting a grip on himself, he gradually started exploring his own boundaries and limitations. His performance improved so much that he became one of the best dancers of his academy and not just that. He was appointed as an instructor in his own academy.

Sharing his experience as an instructor he says, “It is one of the best things that ever happened to me. Being a teacher, I have to keep self-inspecting time and time again whether I am doing everything right or not. The responsibility factor allows me to improve myself a lot. Due to this, I got to know how everything is from a teacher’s view, and I have really started respecting my mentors in a much novel way." 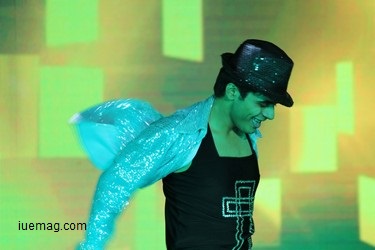 Surprisingly, this is just one side of Aman. Along with his dancing career, he is also pursuing a degree in Computer Engineering. As a coding fanatic, he loves working on various technological projects. So, how does he manage all of these together? “I carry my books and laptop with me to the academy. I knew right from the beginning that I will have to devote at least 5 hrs to dancing daily. So there was no point in giving any kind of excuses. I believe if you have a passion, then you can manage anything. It’s very important to prioritize things, and giving the right time and focus on it.” Recently, a few months back, just before his semester exams, Aman lost many of his books and his laptop, which would cost a huge sum. He went into severe depression as his exams were due and he was also supposed to perform at an event. In this chaos, it was his mentor who  helped him gain back confidence and face all troubles.

“This was a small setback, but it taught me a lot. Worrying about the past or the future is sheer waste of time. We have to do it here and now.”

Aman has a high level case of myopia, which is genetic and cannot be cured, but that never stopped him from dancing. His soaring success is just because of his maddening love and dedication to dancing.
Get the Latest & Recommended articles in your Inbox

Subscribe!
“I am very grateful to my parents, my mentor and the girl who helped me during the freshers'. I wouldn't have reached here without them. No matter how talented you are, you cannot become successful without conviction. One should have dire commitment to oneself. Hard work and determination is the only way to achieve your dreams.”

Aman is planning to complete his Masters degree in the US and wishes to take his dancing around the world. From a non-dancer to an epic dancer, his inspiration being the King of Pop, Michael Jackson, today he becomes an inspiration for so many young and aspiring dancers.
Copyrights © 2023 Inspiration Unlimited eMagazine

This Page Has Inspired
2460
People So Far..
Any facts, figures or references stated here are made by the author & don't reflect the endorsement of iU at all times unless otherwise drafted by official staff at iU. This article was first published here on 7th April 2016.
Interning IJ Mugdha Dumbre
Passionate youngster who envisions to empower the world through her actions.