Redifining Versatility : Journey from being a Professor to becoming a Cinema Director - Gaurish Akki

This Page Has Inspired
1635
People So Far..
“I always had a dream of creating movies, since my childhood days, having watched a lot of movies from then. Life does not always allow you to do what you want immediately, and was the same case with me when life made me twist and turn throughout the journey, but the endless passion to do movies finally got me here” is a short introduction to how Gowrish Akki, one of the renowned former news anchor, became a director.

With that, he takes us through a flashback, to the start of his journey of life: 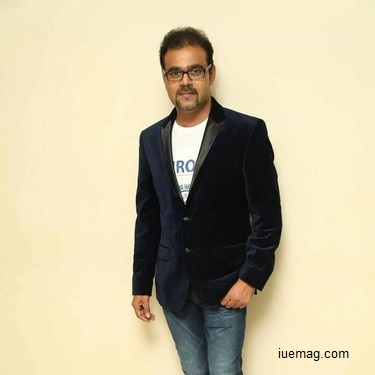 A baby was born in the small village of Mudhol in Koppal district of Karnataka, India. He was named Gaurish Akki. He was brought up in Bidar, given all the freedom, necessities and was allowed to do all that we wanted to do. The television at home continued to stay turned on almost the entire day. He started going to school, and even then he would rush home to watch movies. Meanwhile, he was also instilled the habit of reading, since his father was much involved in learning Kannada Literature. Gaurish grew up reading a lot, and watching hundreds of movies. He enjoyed life the way every normal student would. He was made to pursue his pre-university(PU) as a science student, since science was the domain that had more scope then, but Gaurish had no interest in studying science, which led him to fail during his board examinations, because of which he had a year-back. “That was my first failure in life!” he says, “I would never do something if it did not interest me. Same was the case during PU, that led to my failure. Although I failed, I only learned from it. That never made me feel inferior or never did I feel negative about it. ‘Learn and Move’ is the principle I follow till date. Somehow, I cleared my examination the very next year and changed my stream of education.”

After the incident, he shifted his stream to literature, cleared his exams and focused on English literature  from then. At the same time, bunking classes and going to movies, having fun with friends – he has done it all. “I lived a very normal life of a student. Like everyone else, I also wanted to enjoy my student life to the fullest. I completed my post graduation in English Literature from Karnataka University, Dharwad and then worked as an English lecturer in KLE Society's S Nijalingappa College and in Maharani Lakshmi Ammanni college, Bangalore. However, I did not remain a professor for long since I never felt the love for teaching. It was the life of students and I did not want to take risk. I moved on to work with a recognized Kannada news Channel - ETV News, where there was a need for people to be a part of their system. I joined as a voice over artist; I also started writing as a copy editor, considering my language seemed to be good. People at the channel felt I could do well as a news anchor too. I agreed and went for it. I was always someone who wanted to do something new and explore life. I started as a news anchor, which obviously had journalism involved. It was in 2005, that is after five years of my work with ETV News, I wanted a change since I had to live in Hyderabad otherwise, which is a place where I was not able to connect with much people since they were not of my kind. I wanted to shift to Bangalore, where I could meet new people every day; it was the same time when a new channel - TV9 Kannada, was getting started. I decided to jump in.” 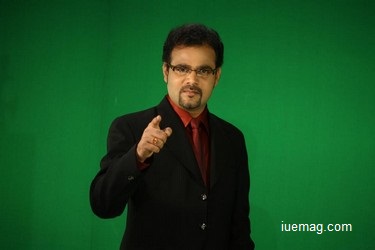 When he wanted to be a part of TV9 news, he had to face the resistance of the family. They were worried, because of the insecurity about the channel that had just launched then. People did not even know about it. Gaurish managed to convince them so that he could get back to Bangalore and work with the channel. There were many others along with him who shifted to the newer channel. He worked there, yet again as an anchor, but on different interview series, which led to giving the news channel a huge success. During the entire journey, the crave to create a movie only increased. He decided that he would soon start the direction. He continued to write scripts for his movies as and when he could make time. Soon, he felt that he needed a change and immediately, shifted to another renowned news channel - Suvarna News 24X7, where he worked as the Entertainment Head and produced shows named  “Cinema Hungama” and “Out Of focus” that increased the viewers for the channel. His exposure to the cinema industry increased during the journey in the media houses. Meanwhile, he ensured to be the best of what he did. He was awarded the most coveted Best news anchor Award by Karnataka government's Media Academy for his anchoring skills. He also won the ‘Best Interviewer Award" by cable varthe magazine and was also honoured by the rotary club, with ‘Vocational Excellence Award’.

With all the name and fame, he still knew his dream to create movies had not come true. That was the moment he decided he would resign his job to work on his passion. “My work in the television media has definitely groomed me. The reason behind a lot of learnings like communication, the ability to connect with people, build contacts and the huge amount of love I receive from people, was all through my work with the news channels. When I met people from the cinema industry, I knew what to expect when I start. I knew it would not be easy; the people I met, made me realize that it was, however not an easy start. With all these learnings, I started my journey, sharing about my script with hundreds of producers. Sometimes the producers are ready to produce the movie because of the person, sometimes because of the story and it varies every time. I was not able to impress a producer for the very first time. There is never a shortcut to success. Finally Mr Mahantesh Yadwad and V Muniraju liked the whole concept and agreed to produce the movie. Then we had to decide the cast and crew. We wanted to support newer actors and hence had lead roles played by the rising actors - Vihaan Gowda, Manojava Galgali, Shashi Deshpande, Shreyas. One of the lead roles was played by quiet an established heroine, Sanjjana Galarani, who happened to show a lot of interest in being a part of the movie. She did become an asset to promote the movie better. We had some more established actors for supporting roles including Rangayana Raghu, Mithra, Raju Thalikote, Suchendra Prasad and others. Ajaneesh Lokanath being the music director and Jayant Kaikini, Nagendra Prasad - lyricists, we had a whole team working towards a single goal - ‘To present a very good movie to the Kannada cinema viewers’. There has been great reviews where many said that every actor in the movie has done his/her best to make the movie successful.” 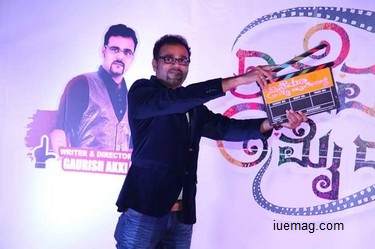 The movie created by Gaurish - ‘Cinema My Darling’ (The name says it all!), has began to touch the hearts of his fans and followers, and there has been continuous flow of positive reviews from thousands of people. He believes that the small interest in childhood days had got him such a long way. “It is very important to understand your interests, and learn to excel at it. It is not always easy to follow what you are passionate about. Different pressures might, at times stop you from doing what you are passionate about. Having an extreme belief that you will one day do it, is sure to take you where you wish to.” he says.

When asked for a message to the aspiring directors, he says, with a humble smile, “I am too small to share a message as I am still growing as a director, but with the knowledge what I got directing my first film, my message would be - don’t have too many expectations when you start. Start small and then move step by step. Have faith and also have clarity about what you do.” His message to all the students out there, from his experience as a professor – “Follow what you are passionate about. Student life is the time when you get the chance to groom yourself for whatever you wish to achieve. At the same time, making your parents happy by scoring marks is as well important. I have had all the fun in my college days, but my score was well maintained. I was a topper throughout!”. Adjoining a message to the media aspirants, he say, “Nothing is hard to achieve if you really want it. The saying ‘Where there is a will, there is a way’ holds good for all generations. I had not even pursued education that was, in any way connected with media, but there was a lot of belief to do it. Prepare yourself for the requirement of the media you wish to get into. I have always believed that everything is possible. The key secret is BELIEF.”
Get the Latest & Recommended articles in your Inbox

Subscribe!
Inspiration Unlimited eMagazine wishes him the very best for his recently created movie - ‘Cinema My darling’ and his upcoming endeavours, while Gaurish continues with his efforts to make good movies and entertain the audience. Gaurish is also being introduced as a hero in one of the upcoming Kannada movies - Kengulabi.

Drop your comments to connect with Gaurish Akki for any associations and our team shall help you connect.
Copyrights © 2023 Inspiration Unlimited eMagazine

This Page Has Inspired
1635
People So Far..
Any facts, figures or references stated here are made by the author & don't reflect the endorsement of iU at all times unless otherwise drafted by official staff at iU. This article was first published here on 7th April 2016.
IJ Kavyashree
IJ Kavyashree is a contributing writer at Inspiration Unlimited eMagazine.