They say, "Travel broadens the mind". Not every time does everyone gets a chance to travel around the word. Here is the story of how an innovation that was introduced by two young ladies, is now giving an exposure of international culture to young minds of the country.
This Page Has Inspired
1307
People So Far..
Every single human has the character of judging someone by what they read or listen from others. For example, if we ever read that Africa is a country that needs a lot of help, we conclude that all Africans are poor and is the same we would remember whenever we meet someone from Africa. If we ever read that Denmark is considered to be the happiest country, it is the same way that we receive every individual from Denmark. When such aspects are read or being taught at a young age, it is the same mindset with which the children shall grow, the mindset which remains for lifetime unless they travel and see other kinds of people from the same community.

Such conclusions and mindsets of people became the reason for Shirin Johari, who began to think that even if someone gets a chance to travel, it might be a country or two, and we remain with no clue about understanding the culture of more communities. This became the reason for her to conceptualize ‘Travellers in classrooms’, where foreign travellers could come into classrooms and share stories of their lives and dreams directly with children.

She joined hands with Aarti Chhabria, who already had hands on Entrepreneurship, and had ten years of experience in the domain of education, as the founder of two companies creating innovative workshops for school children. Knowing that the textbook learning is limited, Aarti always wanted to introduce various other perspectives to the school students. When Shirin and Aarti, who were childhood friends, discussed on Shirin’s idea of introducing travellers from around the world to children within school, they felt that the idea would be of great help to students and would be of a unique experience for the travellers.

With this, Shirin quit her highly paid job as a creative director at TBWA, to start ‘CLAP: Travellers in classrooms’ and work on it full-time. Aarti as well, who had paused her previous business, decided to work on the venture full-time. With the initial investments from their own earnings, they began to give the concept a better shape. They decided to build the product as an online platform where the travellers and the school authorities could connect. 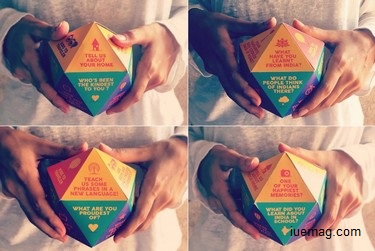 As they shared about their concept, there were more passionate individuals to join as a team. “It was wonderful to see such positive responses from everyone who got to know about our idea; Cristina, who was working at Spain, has now come down all the way to India to work with us. Cristina Hernandez, Meeti Shroff Shah, Shubhangi Swarup, Andy Wilkinson, Evgenii Lukianchuk, Constantine Cherkashin, Stuthi Vasudevan, Naveen Ahuja, Kunal Todarwal and Rashida Adenwala - each of them found that the idea connected with their passion and are all today a part of the team. Shirin and myself - both of us are from non technical background. We completely had faith in the technical team that they would get the best output and it has actually happened. Each of them are so passionate about their roles that they are being the reason to get the best results here” says Aarti.

While on one side, the platform was being developed, on the other side, the team began to connect with its network of travellers and with schools in Mumbai, India, where the start-up is based from. The responses from most of the schools seemed to be positive, since their students got a chance to experience and get exposed to foreign culture. Although it took some time to help the authorities of a few schools understand the importance of the platform, the schools have all been supportive in organizing the talks in schools. As and when the travellers came down to the city of Mumbai, they were asked to share about themselves and their own stories, culture and about their environment, with the kids at school. 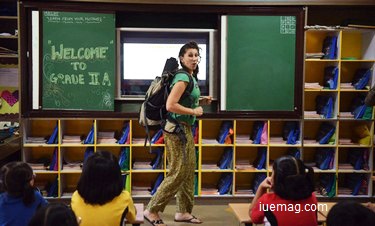 Shirin speaks about how the platform has helped the students, “When the travellers would show their pictures with the children, they were all wowed. They would ask so many questions. They would even ask questions on gender equality, family culture, about the people in the country and everything they were curious to know. Such talks would give them an understanding of what happens in the other country. Teachers teach, but the travellers just share about their views and let the kids decide what is right and what is wrong. Within seconds, these children realize the right ways. The kids gain the ability to make right decisions when the travellers share their views.” She adds, “There could be a rich kid thinking that women should only stay at home and cook. It is this mental poverty, and not the financial poverty that we are trying to address. A developing nation can accelerate to becoming a developed nation when this is done. Although a lot of them feel language might be a barrier, it really isn’t. It is more about exchanging feelings. It is about feeling the expression.”

Every school that signs up with Clap is given a Clap Kit complete with conversation aids and handbooks to guide them through a talk. Similarly, travellers are given a reference presentation to help them plan their talk better. “Our curriculum tools packaged into the kit cover a range of universal topics, such as culture, interpersonal relationships, environment, gender, human rights and freedoms, justice, governance and more. The Clap curriculum is meticulously designed to raise the cultural and emotional intelligence of all the participants of a Clap Talk.” says Aarti. To let the travellers take back memories from these talks, the kids are made to share their feedbacks, which are shared with the traveller. The traveller is equally happy to have added value in lives, during his/her travel experience. 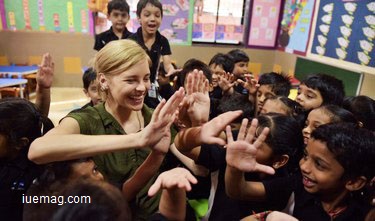 The idea won the 'Startup of the Year' and 'Social Messiah of the Year' Awards from The Techy, from amongst a few thousand other tech startups. They were also rewarded an initial fund by Start-Up Chile,  from over a few thousand applicants. Amnesty International has partnered with them on the HRE (Human Rights Education) part of the Clap Curriculum too. “If each student gets to be a part of 6 clap talks every year, then from the age of 3 to 15, he/she will gain exposure to over 80 different cultures from across the world!” says Aarti.  More than 2,000 students in 40 classrooms across 12 schools have experienced Clap Talks by travellers from 30 different cities from across the world. The platform is in its beta phase where the travellers and schools can signup. The team aims at collaborating with a minimum of 100 schools in Mumbai and 1000 travellers from around the globe in the next six months. More Indian clap talks in other countries’ schools are as well expected.
Get the Latest & Recommended articles in your Inbox

Subscribe!
Not all parents can afford to send their children to travel around the world. Even if they do, it is challenging for a child to get exposed to the culture of a number of countries. While the vision shall continue to benefit generations with international exposure, the vision of world peace also seems to come true in the coming years when every individual of one country is more aware of the positive aspects of other countries, rather than the negative aspect.

You could get constant updates about CLAP: Travellers in classroom, from their Facebook Page.  Drop your comments if you wish to connect with the team of CLAP Global & our team shall help you connect.
Copyrights © 2023 Inspiration Unlimited eMagazine

This Page Has Inspired
1307
People So Far..
Any facts, figures or references stated here are made by the author & don't reflect the endorsement of iU at all times unless otherwise drafted by official staff at iU. This article was first published here on 2nd April 2016.
IJ Kavyashree
IJ Kavyashree is a contributing writer at Inspiration Unlimited eMagazine.