Human rights is something that many are ignorant about, which needs remedying for the betterment of the world. What did one person who was a monk and a priest in the early years of his life do about it? Read on to find out.
This Page Has Inspired
1483
People So Far..
Changing the world for good doesn’t depend on money, status, or political power. It hinges, instead, on ordinary people unleashing their creativity and gumption.

This is not just a theory for Jack Healey. It’s something he has experienced throughout his life. The former executive director of Amnesty International USA Mr. Jack Healey is most famous for pioneering rock activism. When he came to Amnesty in 1981, he envisioned increasing the organization’s membership; building its capacity to respond to human rights violations worldwide; and contributing to mainstreaming the notion of human rights. He decided to do this through music. 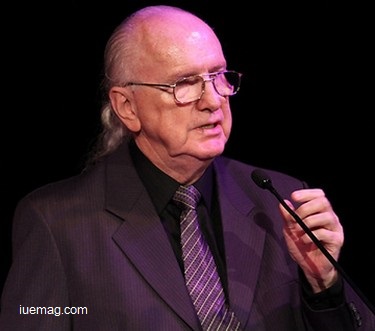 Jack Healey was Born into an Irish-American Catholic family and grew up in Pittsburgh, Pennsylvania.

He studied at St. Fidelis Seminary for high school and college and received a master's degree from Catholic University. He was a Franciscan monk for ten years and a Catholic priest for four years. He left the priesthood in 1968 and began work as Director of the Young World Development Program at Freedom from Hunger Foundation USA for five years.

From 1973 to 1976, Healey worked at the Center for Community Change (CCC) in Washington, D.C. At CCC, Healey helped to build the Binder Schweitzer Hospital in Mexico and co-directed the Dick Gregory World Hunger Run across the United States. Dick Gregory won the Dawson Award from the Black Caucus for this run.

Healey helped to start the Reebok Human Rights Foundation, which hands out the Reebok Human Rights Award each year, and two other non-profits, Witness (human rights group) and Equality Now.
Healey directed a campus ministry center in Maryland. After leaving the priesthood in 1968, he organized walk-a-thons throughout the U.S in which hundreds of thousands of young people raised millions of dollars for the fight against world hunger; worked with comedian and activist Dick Gregory; and served as director of the Peace Corps in southern Africa for five years. These experiences prepared him for his twelve-year tenure at Amnesty, where he led the organization into an era of unprecedented growth and effectiveness. Under his leadership, Amnesty strengthened its ability to address torture, death penalty, political imprisonment, and other human rights abuses.

Healey left Amnesty in 1993. He now directs the Human Rights Action Center in Washington, D.C., where he continues to campaign for justice and human dignity.

In 1999, Healey traveled to Rangoon to meet with Aung San Suu Kyi, the Nobel Peace Prize winner whose party "The National League for Democracy", had decisively won the 1990 national election in Burma. In response, she was placed under house arrest by the military, where she remained for 15 out of the next 21 years, until her most recent release in November 2010. After their 1999 meeting, he returned to the U.S. committed to help free her and to support the pro-democracy movement in Burma. He organized a variety of projects, including concerts, a compact disk, and thirty online videos to help raise the visibility of her case and the struggle in Burma. He also played a key role in the U.S. Campaign for Burma. 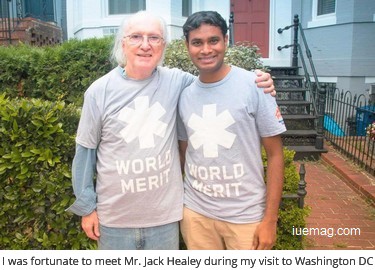 These days he continues to work on a long-term project to raise the visibility of the Universal Declaration of Human Rights, including a campaign to have it printed in every passport. He helped produce a little animated video (above) to get his point across. He stresses that having these rights written down and widely recognized can be the basis of innumerable movements for change.

The Declaration of Human Rights states that everyone has the right to life, liberty, and the security of person. However, in this century alone, over 150 million people have been killed at the hands of governments. Crime, poverty, war, lack of healthcare and education, and other injustices are all symptoms of society’s deep-rooted lack of respect for basic human rights.
Get the Latest & Recommended articles in your Inbox

Subscribe!
The document which embodies the ideology of respect for individual human rights is the Universal Declaration of Human Rights. The document was signed by the United Nations 60 years ago and, unfortunately, less than 1% of the world’s population is aware that it exists. Now it is time to stop treating the symptoms and begin educating the masses.
Copyrights © 2023 Inspiration Unlimited eMagazine

This Page Has Inspired
1483
People So Far..
Any facts, figures or references stated here are made by the author & don't reflect the endorsement of iU at all times unless otherwise drafted by official staff at iU. This article was first published here on 1st August 2015.
Subhash K C
Subhash K C is a contributing writer at Inspiration Unlimited eMagazine.