This Page Has Inspired
1340
People So Far..
I am sure you have read the article's name at least twice!!

Digital Immortality is again an emerging technology which comes under Artificial Intelligence. Just Imagine, you upload all your memories to a computer just before you die, become Immortal digitally and then the same memory is transferred to another machine/human! Insane isn't it?

So what is it?  Whole brain emulation (WBE) or mind uploading (sometimes called "mind copying" or "mind transfer") is the hypothetical process of copying mental content (including long-term memory and "self") from a particular brain substrate and copying it to a computational device, such as a digital, analog, quantum-based or software-based artificial neural network. The computational device could then run a simulation model of the brain information processing, such that it responds in essentially the same way as the original brain and experiences having a conscious mind.

It looks insane. But, A Dutch-born neuroscientist and neuro-engineer Randal Koene, has spent decades collecting the credentials necessary to bring this fringe ideas in line with mainstream science. Researchers around the globe have made deciphering the brain a central objective. In 2013, both the U.S. and the EU announced initiatives that promise to accelerate brain science in much the same way that the Human Genome Project advanced genomics. 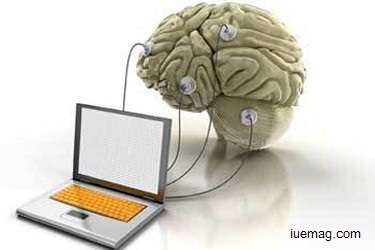 Koene's solution was straightforward: He planned to upload his brain to a computer. By mapping the brain, reducing its activity to computations, and reproducing those computations in code, Koene argued, humans could live indefinitely, emulated by silicon. "When I say emulation, you should think of it, for example, in the same sense as emulating a Macintosh on a PC," he said. "It's kind of like platform-independent code."

The concept of brain emulation has a long, colorful history in science fiction, but it’s also deeply rooted in computer science. An entire subfield known as artificial neural networking is based on the physical architecture and biological rules that underpin neuroscience.

Roughly 85 billion individual neurons make up the human brain, each one connected to as many as 10,000 others via branches called axons and dendrites. Every time a neuron fires, an electrochemical signal jumps from the axon of one neuron to the dendrite of another, across a synapse between them. It’s the sum of those signals that encode information and enable the brain to process input, form associations, and execute commands. Many neuroscientists believe the essence of who we are—our memories, emotions, personalities, predilections, even our consciousness—lies in those patterns.

Using these insights, Robotics engineers have created artificial neural networks capable of forming associations, or learning. Programmers instruct the networks to remember which pieces of data have been linked in the past, and then to predict the likelihood that those two pieces will be linked in the future. Today, such software can perform a variety of complex pattern-recognition tasks.

Many scientists tried innovating the technique of mind uploading spending billions of dollars. Last April, President Obama revealed BRAIN Initiative (for Brain Research through Advancing Innovative Neuro-technologies) with an initial $100 million investment that many hope will grow to rival the $3.8 billion poured into decoding the human genome.

Columbia University neuroscientist Rafael Yuste proposed a large-scale brain activity map that helped inspire the BRAIN Initiative, and he has spent two decades developing tools aimed at tracking how neurons excite and inhibit one another.

Studying how neurons fire in circuits and how those circuits interact, he says, could help demystify diseases such as schizophrenia and autism. It could also reveal far more. Our very identity, Yuste suspects, lies in the traffic of brain activity. “Our identity is no more than that,” he says. “There is no magic inside our skull. It’s just neurons firing.” 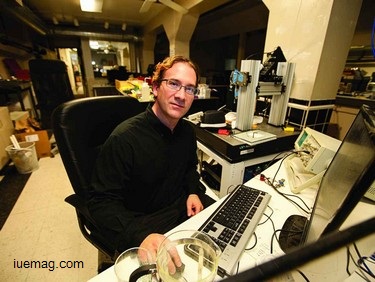 To study those electrical impulses, scientists need to record the activity of individual neurons, but they’re limited by the micromachining techniques used to produce today’s technology.

Whatever discoveries these researchers make may end up as fodder for another ambitious government initiative: the European Union’s Human Brain Project. Backed by 1.2 billion euros and 130 research institutions, it aims to create a super-computer simulation that incorporates everything currently known about how the human brain works.

Koene got thrilled with all of these developments. But he’s most excited about a brain-simulation technology already being tested in animals. In 2011, a team from the University of Southern California (USC) and Wake Forest University succeeded in creating the world’s first artificial neural implant—a device capable of producing electrical activity that causes a rat to react as if the signal came from the animal’s own brain. “We’ve been able to uncover the neural code—the actual spatio-temporal firing patterns—for particular objects in the hippocampus,” says Theodore Berger, the USC biomedical engineer who led the effort. “It’s a major breakthrough.”
Get the Latest & Recommended articles in your Inbox

Subscribe!
Scientists believe long-term memory involves neurons in two areas of the hippocampus that convert electrical signals to entirely new sequences, which are then transmitted to other parts of the brain. Berger’s team recorded the incoming and outgoing signals in rats trained to perform a memory task, and then programmed a computer chip to emulate the latter on cue. When they destroyed one of the layers of the rat’s hippocampus, the animals couldn’t perform the task. After being outfitted with the neural implant, they could.

Till day, this concept was a science fiction and were used in movies like: Tron, 2001-A Space Odyssey, Avatar, and Transcendence.

From all these researches, we probably can expect this technology in few decades where "humans" can upload their mind to a digital system and become Digitally Immortal or get a rebirth digitally.

If we had this technology during 1800's we could have asked Albert Einstein to prove his E = mc 2 practically.

It’s a known fact that, each and every technology leads to the development of another new technology. Hope this technology reaches good hands. What do you think about this technology? Let's discuss in the comments section below!
Copyrights © 2022 Inspiration Unlimited eMagazine

This Page Has Inspired
1340
People So Far..
Any facts, figures or references stated here are made by the author & don't reflect the endorsement of iU at all times unless otherwise drafted by official staff at iU. This article was first published here on 31st August 2015.
Subhash K C
Subhash K C is a contributing writer at Inspiration Unlimited eMagazine.