Security and the Smart City

This Page Has Inspired
1049
People So Far..
No city can flourish – or even operate – without security. And while the Smart City is a breeding ground for unparalleled opportunity and growth, it is also a potential minefield of security threats.

One of the biggest issues facing Smart City security is a lack of standardised security tools in place. This is perhaps unsurprising when we consider that cyber security wasn’t even a consideration when our utilities (water reservoirs, electricity generating systems, traffic controls, etc.) were first built, as they were not initially designed to be connected to the internet. 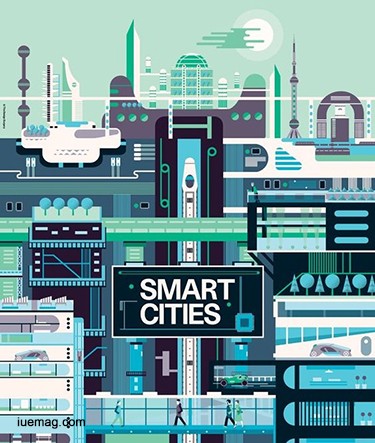 As James Gleave, Foresight Analyst at the Transport Systems Catapult points out, “there is legislation in many of these areas. But it is not being done comprehensively, it is being done to varying standards, and there is little intelligence sharing amongst the key actors.” He goes on to add that “these are fundamental issues” for Smart City security, that require “re-evaluating how common security and privacy issues are being tackled across the city and between cities.”

The lack of uniformity across Smart City security is exacerbated by the political nature of cities. With leaders being constantly elected, re-elected and dismissed (all the more relevant considering the political aftermath of Brexit), implementing any consistent security programme is made even more difficult. Political agendas and budgets can change at the drop of a hat, meaning leaders have to be constantly sold and re-educated on the importance of buying into Smart City security.

The IoT consists of billions of devices connected to the Internet and feeding information back to each other and to other systems, which are running some of the most vital infrastructure in our cities today. The vulnerabilities in Smart City security could potentially be used to wreak havoc on the day-to-day running of a city, or worse, endanger the lives of its citizens. A hacker could enter fake data into these systems which could cause all manner of problems (think bringing traffic to a standstill; contaminating our drinking water; closing down tube stations; disrupting our electricity supply…. The opportunities are endless.)

So why hasn’t a massive breach happened yet? Alex Davies, Analyst and Editor at Rethink Technology Research, tells us “we don't hear many news stories about citizen databases being cracked, but the stream of news stories about private companies suffering security leaks is fairly constant. We aren't sure if this shows that cities have their affairs in order, or whether they aren't as lucrative a target as businesses, and hackers haven't yet turned their attention to them. Security in the IoT is generally pretty woeful.”
Get the Latest & Recommended articles in your Inbox

Subscribe!
Clearly, then, there is work to be done on Smart City security right now to ensure that our cities - and by extension its citizens - remain not only smart, but also protected.

To hear more about Smart City Security, visit the Smart Cities Summit (www.iotsmartsummitlondon.com/smart-cities) taking place on the 21st and 22nd September at Olympia Conference Centre, London. With over 180 visionary speakers, no other event covers the opportunities and innovations that technology and IoT is bringing to towns and cities in as much detail.
Copyrights © 2022 Inspiration Unlimited eMagazine

This Page Has Inspired
1049
People So Far..
Any facts, figures or references stated here are made by the author & don't reflect the endorsement of iU at all times unless otherwise drafted by official staff at iU. This article was first published here on 24th August 2016.