Heard of this 4 letter word "LOVE". Here's a perspective that shall enrich your mind and leave you with thoughts to ponder, debate and wonder. Participate in this conversation in the comments. What do you think about this?
This Page Has Inspired
1255
People So Far..
“The only way love can last a lifetime is if it’s unconditional. The truth is this: love is not determined by the one being loved, but rather by the one choosing to love”, quoted Stephen Kendrick.

Why I start off with the above words is because, I feel “love” has become very much an understatement in today’s times. What we as children were taught of the term, either by parents or teachers, etched a picture in our minds, but sadly and inevitably due to 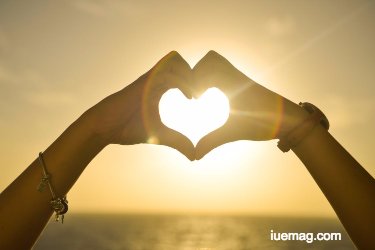 changing times, the reality and the picture speak things that are quite different from each other. A majority of the following words might not sail through with you, but there definitely are pieces which will leave you pondering over the same.

Social media status updates often see captions that read –‘Best People; Love you all...’ and so on. Birthday wishes at the end read – “Love you lots…”; another status update somewhere goes with a caption – “Yay! I love food; #foodlove”. No doubt that the person writing it likes his/her friends a lot; No doubt that he/she is a big foodie, but the term “love” is overused is what I feel.

As written a little above, we tend to forget how strong and powerful the word ‘love’ is. Same as is the case with the word ‘hate’. We are oblivious to essence and potential these words possess, and them being the most powerful four letter words, are given the least value by the majority today.

Let me try to explain why I feel love has become an understatement in concisely.

Mother is someone we have known right from when we cried for the first time. She endured pain for us from our first engagement. Father is someone who we turn to for all our needs and necessities. He has worked relentlessly for hours and days to make sure we have a smile on our face always. Hinting at the magnitude of sacrifice and affection here, I would like to ask- Is it fair to equate this big an act of affection to the petty moments of joy obtained thanks to a hangout with friends?

Saying the words “love you” to someone definitely is easy. Easy, also is telling someone, “Ugh! I hate XYZ…” The word ‘hate’ has caused wars. Millions around the globe die due to hatred. Gallons of bloodshed occur due to hatred. And this word, we use it on someone we are annoyed or agitated with. Doesn’t just seem satisfying and good, does it? Talking about the bloodshed, the army comes into my mind. They never vouch that they “love” their motherland. Their actions speak. Their sacrifices speak. And as you think more on these lines, it is realised again that the eternal love involves sacrifice and loyalty without expectations.

Coming back to the quote I used at the beginning, I get a question. If it is love, then it has to be unconditional, like of a mother’s to a child, or a dog to its master. But is it in abundance that we see it these days?

A dog, either black or white in colour is cuddled by us and loved by most of us. Turnabout, a dog is always at the feet of its master loyally, without any sort of discrimination; or in short, unlike humans. As the quote goes –“Give a dog your heart, and you’ll get one in return”. Arises one more question- Who is supposed to be masters for teaching ethical behaviour- dogs or humans?

Most of us would have heard about ‘Romanticism’. For those who haven’t- Romanticism (also the Romantic era or the Romantic period) was an artistic, literary, musical and intellectual movement that originated in Europe toward the end of the 18th century, and in most areas was at its peak in the approximate period from 1800 to 1850. William Wordsworth, John Keats, W B Yeats amongst others will always be remembered for their works, mainly during the romantic era. Their poems resounded romance, passion and mainly, of all, love.

There are many other authors- William Shakespeare, Jane Austen, Anna Karenina, etc who have written stories that are considered to be the greatest love stories written. Deep lines were penned beautifully with subtle words.

Reading through their works, one realises that although their literature spoke about their infatuations or lovers, the word ‘love’ itself was seldom used. And by this, the sanctity of the word remained.
Get the Latest & Recommended articles in your Inbox

I am not saying that what we are doing now is wrong, with respect to the words used to express gratitude or closeness with our pals. There are great friends who share a very strong bond, and remain best friends. There are couples who are doing great together. But, as said earlier, it is that the usage of the word is much that the pious word has lost its sheen.

As long as there exist honest feelings, a sense of brotherhood and astute classification of the same, there is assurance that the word “love” is well understood. There needs to be love. Without it, the earth is a tomb. To sum it up, if the following lines seem relatable, things are going great- “To have been loved so deeply, even though the person who loved us is gone, will give us some protection forever” (J.K. Rowling, Harry Potter and the Sorcerer's Stone).

What are your thoughts? Do you think on similar lines as well? Have you had experiences that give you a different outlook on this subject?

This Page Has Inspired
1255
People So Far..
Any facts, figures or references stated here are made by the author & don't reflect the endorsement of iU at all times unless otherwise drafted by official staff at iU. This article was first published here on 7th December 2017.
Sathwik R
One with a zeal to do good always.