Prison Without A Case

Depth of poems is best understood when read over and over again. This one is just precisely one such piece for you. Read ON
This Page Has Inspired
1039
People So Far.. 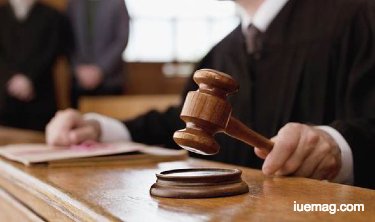 I am a fault of my creation,
I made the world lose their minds over one commotion,
Tease or read and write about what you see,
All I can tell is it never been about me,
You chose to create a world without limitations,
Show them your scars and wounds to prove,
The jury last spoke but none were moved,
When did you want me to ask of your accusations?
Looking at it now more than before our nation,
Have I deprived you of anything you wished to ask of me?
Or was it all for MTV?
Never allow a man to create space without freedom,
Truth is behind her not in my own corner,
I threw the stake to prove I was lost,
Twenty four carat diamonds all over the floor,
I wish to seek none of wish I can hold on for,
Because truth of the matter,
We never have enough to live for,
So she begged to shoot me in the head,
I never fought her nor raised a finger,
All I cared for was love over the ring of death,
Tell them I am not wrong if you wish to speak,
Nor did you realized I have the ability to climb,
I never wanted this to be on the news,
Fire our cable and they said our children were abused,
Now speak of which those you want to tell,
If I know you,
You would say go to hell,
I did or a regular basis only to find out I thought it was heaven,
I realized it now there is no such thing as love in eleven,
Tell them wrong you may speak,
What happened now?
Change of thought?
Who knew I woman can be sold nor bought,
If it were the case would you understand and plead,
If not I rather face two hundred volts of electricity or poison not greed,
Take this man to his death I order you tell,
Even in world of injustice I know she thinks he’s going to hell,
For we know that the reason is clear,
Fly over the rainbow,
Yet the rainbow isn’t here.
Get the Latest & Recommended articles in your Inbox

If you have inspiring poetry to submit feel free to submit them to us and we would be happy to publish them for you.
Copyrights © 2023 Inspiration Unlimited eMagazine

This Page Has Inspired
1039
People So Far..
Any facts, figures or references stated here are made by the author & don't reflect the endorsement of iU at all times unless otherwise drafted by official staff at iU. This article was first published here on 7th December 2017.
Rajiv C Doraiswamy
Rajiv C Doraiswamy is a contributing writer at Inspiration Unlimited eMagazine.
Unverified