Looking to the Future: The Impact of the US Midterm Elections on the USD-linked Currency Pairs

This Page Has Inspired
1042
People So Far..
As noted by the Jones Mutual CFD trading specialists, the United States Dollar (USD) is the world's reserve currency. Wikipedia.com describes a reserve currency as "(or anchor currency) is a currency that is held in significant quantities by governments and institutions as part of their foreign exchange reserves." Thus, it is safe to say that the USD is the most important currency in the world. Consequently, US monetary policy is also global monetary policy.

Currency prices are impacted by global, regional, and national socio-economic and geopolitical events. They are not affected by the economic results of different companies and global corporations. Thus, because the USD is the world's reserve currency, socio-economic and geopolitical events that involve or impact, the United States will filter down to other global economies and, by inference, also their currencies.

Currency Pairs: What, why, how?

Before we look at what impact the results of the US Midterm elections will have on global currency prices, let’s look at an understandable definition of a currency pair as all currencies are always traded in pairs.

Investopedia.com defines a currency pair as "the quotation of two different currencies, with the value of one currency being quoted against the other."

Therefore, when trading on the global Forex market via a CFD trading platform, you will always buy and sell the two currencies linked together in a currency pair simultaneously.

For example, the world's most traded and most liquid currency pair is the EUR/USD (Euro, US Dollar). The EUR is the base currency, and the USD is the quote currency. As mentioned above, the EUR/USD currency pair is traded as a single unit. Therefore, when you buy this pair, you buy Euros and sell US dollars. Conversely, when selling this unit, you sell Euros and buy US dollars.

The USD and other currencies

Currency pairs are categorised according to their daily trading volume. And, they are divided up into three different types:

The majors are the six currencies that are the most heavily traded against the USD. And, they are the AUD/USD, EUR/USD, GBP/USD, USD/CAD, USD/CHF, and USD/JPY. These currency pairs also have the least trading risk attached to them. Their prices typically move between ten and fifty pips per day, and on rare occasions move more than one hundred pips per day.

Finally, examples of the minors include the AUD/CAD, EUR/GBP, EUR/CHF, and GBP/JPY.

These currency pairs include the emerging market (or third-world) currencies. And, they are all traded against the USD or one of the currencies in the major currency pairs. They are the least liquid, most volatile, and carry the highest trading risk.

Typically, their daily price movements are about two hundred pips. This does not sound like a big move, but when you trade hundreds of thousands of USD at a time, two hundred pips can wipe out your entire investment in one go.
Get the Latest & Recommended articles in your Inbox 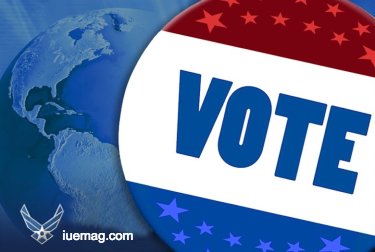 Succinctly stated, the midterm election results will play a significant role in the direction that US politics will take for the next two years. This, in turn, might affect the USD. It is worth noting with rumors in the market that Trump’s presidency’s policies have had a growing influence on the global markets, especially the USD in relation to other currencies.
Certain volatility has crept in, & most speculate that it's caused mainly by Trump’s presidential style. However, as always, it remains difficult to predict the future primarily as the US President’s utterances, especially his tweets are reasonably unpredictable. Therefore, it is best to trade with a specialist CFD trading brokerage to reduce your exposure to the risk of unexpected currency volatility.
Copyrights © 2023 Inspiration Unlimited eMagazine

This Page Has Inspired
1042
People So Far..
Any facts, figures or references stated here are made by the author & don't reflect the endorsement of iU at all times unless otherwise drafted by official staff at iU. This article was first published here on 12th December 2018.