This Page Has Inspired
1127
People So Far..
Recently when I was talking to one of my friends with a small kid, she was asking for my suggestion to surprise her son with a Santa gift. Well since I am not very good in gifting I decided to seal my mouth and not suggest the same old chocolates and candies and told her I was not very sure and asked her what she was thinking for which she proudly blurted saying she was planning of a play station or a ridable Mini car. On hearing this I was shocked because both the gifts would be very expensive and definitely against what I was thinking and felt happy that I did not suggest my small gift of chocolates and candies. 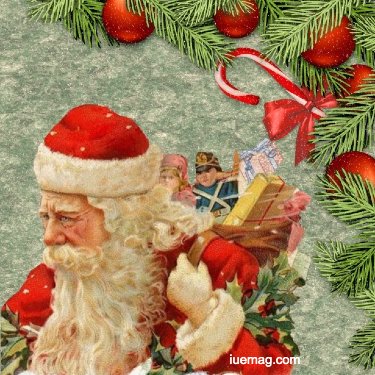 After returning home I began to ponder if Santa had become rich or our mind set was changing. The whole idea of gifting had turned its tables and I felt Santa gift had become just a means to receive and give expensive gifts pushing aside the innocence, fun and spirit of Christmas.

These events took me back to my childhood days when no one had actually asked me to tie a sock and make a wish, by the time I came to know about it I already knew the truth about who was putting the gift and was no longer excited. After a few years when I was around 11 or 12, I really wanted to experience the joy of it. Though I knew all about it I still wanted to feel its thrill and as usual while vacationing in Mangalore I decided to play it along with my cousins. My cousins were younger than me and they were not clear about the Secret Santa gift, so my first mission was pricking their minds and tantalize them about receiving gifts and later urging them to write what they needed and put it in the sock. The greatest challenge for me was to involve the elders in the house who were not interested, I took the whole responsibility of making it a grand event and decided to invest my small little savings to bring gifts that were specified by my cousins. When I had opened their chits, I was happy to see whistle, toy car, pen and all this written. I did manage to get all this and put it in their sock and make them happy. Though it was not what I planned, but it turned out much better as those small little gifts made them happy and put them in awe at least for a few years that they received it from Santa.

But today our kids have not really understood the concept and it’s all about receiving expensive gifts. As parents we are excited for our children and want to give them the best, but never teach them to give their best to someone. I still remember a girl in my school when during Christmas we were asked to donate our old clothes to poor, this particular girl came in on the day of giving and handed over a very small parcel, probably just one or two dresses maximum but the rest of us had heaps of old clothes. We kind of jeered at her and thought she was too stingy to part with her clothes. After the vacation when we were back, our teacher called her and gave her a big round of applause and told us that she had bought in 2 pair of brand new dresses to give to the poor and on enquiring she had told that it was suggested by her mother who had told her that it was Christmas and the poor children also had the right to wear new dress and so she had bought new dress to give it to the poor and retained the old dresses at home.

Even to this day I remember that school mate and more than her I appreciate and applaud her mother for being thoughtful trying to inculcate in her daughter the sense of love and true sharing. Most of us are happy to part with things we do not want, but can we become real Santa’s and spare something for someone who do no have anything. Many times, the torn and ragged clothes are given to the poor, the cakes which are spoilt are put to beggars. The least impressive gifts are given to the people we don’t like, which definitely Is not Christmas. If on Christmas god the father could give his only son to mankind then we his children can definitely do more for each other.
Get the Latest & Recommended articles in your Inbox

May be this Christmas along with granting our children’s big wishes we can also teach them to consider the little dreams of the lowly. When we are becoming secret Santa’s for our kids, we can make our kids secret Santa’s for the down trodden so that they can also enjoy a beautiful and memorable Christmas. Lastly we can try to give our best to others this season rather than giving what is not wanted and had the sparkle of Christmas magic.
Copyrights © 2023 Inspiration Unlimited eMagazine

This Page Has Inspired
1127
People So Far..
Any facts, figures or references stated here are made by the author & don't reflect the endorsement of iU at all times unless otherwise drafted by official staff at iU. This article was first published here on 23rd December 2019.
Sonal Lobo
Sonal Lobo is a contributing writer at Inspiration Unlimited eMagazine.