Bookmark this page & stay updated with G20 Summit for 2023 updates leading up to the Summit. Share it with your friends, family & teams to keep them informed, inspired & updated too. #StayInspiredOnTheGo
This Page Has Inspired
713
People So Far.. 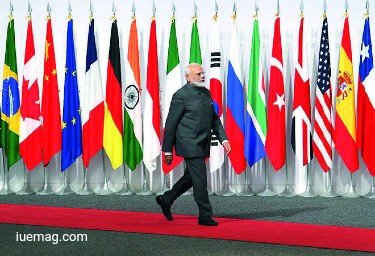 The announcement that "India receives the G20 presidency for 2023" and gets declared the "host country for the G20 Summit 2023", has aroused keen interest among a large group of Indians towards this subject.

So, If you're looking for neat and detailed answer to "what is G20?", and its impact on the global economy; this piece is for you. Read ON!

The G20 is an acronym for ‘Group of Twenty’. It is an intergovernmental forum with 19 countries and European Union as its members.

An annual meeting is held between these members for discussions on preset progress agendas. This meeting of leaders to discuss international issues of high importance each year to mark collective progress as an international coming is called the G20 Summit.

What is the purpose/mandate of the G20 Summit?
G20 aims to address the issues related to global financial stability, climate change, and sustainable development. It facilitates economic cooperation between developed and developing countries towards achieving the set objectives.

G20 originated during the 1999 G7 Summit in Cologne, Germany. Initially, G20 was established as the Finance Ministers’ meeting to discuss macroeconomic and financial policies. The inaugural meeting was convened in Berlin from 15-16 December 1999.

Mr. Paul Martin is regarded by many as ‘the crucial architect’ for the Finance Minister-level meetings. He also is the one to have proposed G20 to be a Leaders-level Summit.

In 1999, G20 was initiated to tackle the rising debt crisis. But, it was the 2008 financial crisis that became a catalyst for it to become  Leaders-level Summit.

The first Leaders-level summit in 2008 was hosted by the then US President Mr. George W Bush in Washington DC. 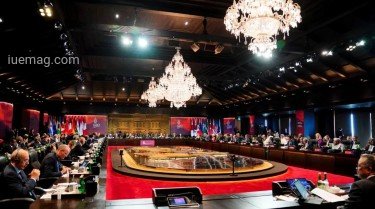 Who are the members of G20?

G20 comprises 19 countries and representatives of the EU as its members. The complete list of countries that are a part of the G20 is as follows:

With respect to geographical distribution, G20 covers two-thirds of the global population and 60% of the world land area.

Hence, the decisions and policies of G20 impact the world as a whole.

The first Leaders-level G20 summit was organized and hosted by the USA in 2008. G20 doesn’t have a permanent secretariat; instead, the presidency is rotated among different member countries annually, based on the regional grouping.

The past presidency and hosts of G20 summits are as follows:

Past themes of the G20 summits:

The host country (through a discussion with all other member countries) selects a theme for that particular year. The discussions and impact is in line with this selected theme.
The themes of the last 5 summits have been:

2018: The future of work, Infrastructure for development and a Sustainable food future
2019: There were 8 themes- Global Economy, Trade and Investment, Innovation, Environment, and Energy, among others
2020: Realizing Opportunities of the 21st Century For All
2021: People, Planet, Prosperity
2022: Recover Together, Recover Stronger 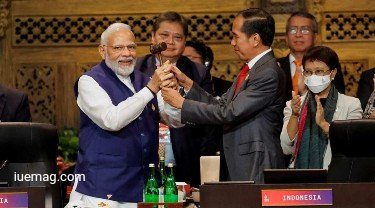 The presidency of G20 Summit for 2023 has been passed onto India by the host and president of G20 Summit for 2022 - Indonesia. India will now be hosting the 2023 G20 Summit in September 2023 [tentatively] in Pragati Maidan, New Delhi.
Now that you've come this far in your knowledge about G20, there are 2 additional terms that you must know about: Sherpa and Troika.

Who are G20 Sherpas?

The term ‘Sherpa’ in the context of G20 refers to reach of the representatives of the G20 countries. These Sherpas work together and hold several meetings to lay out possible agreements that can be worked upon in the Leaders’ summit.

By working together and arriving at possible agreements, these sherpas reduce the negotiation time and resource requirement at the final Leaders’ summit.

The name ‘Sherpa’ is derived from the Nepalese Ethnic group who are the guides in the Himalayas.

What is G20 Troika? Why is this Troika special?

Troika refers to the group of countries that comprises of the preceding, current, and upcoming presidency of G20.

The current presidency country works alongside the predecessor and the successor to ensure the continuity of the agenda(s).

While global financial stability and macroeconomic policies are at the core of G20 Summits' agendas, other priorities that have been addressed unto date are:

Soon after assuming the Presidency of G20 on December 1st, 2022, the respected Prime Minister of India- Mr. Narendra Modi announced the motto of this year's G20 Summit as ‘One Earth, One Family, One Future’.

He has also stated that the agenda will be inclusive, ambitious, action-oriented, and decisive.
Updates:
We shall update this article with the exact dates of the G20 summit for 2023 as and when it is announced officially.

Check out this piece regularly or keep it bookmarked for updates on the G20 Summit 2023.

If you have any updates or information on G20 Summit 2023 or about G20 in general that you would like to share with the readers, feel free to drop them in the comments to this twitter thread on G20 Summit for 2023.
Get the Latest & Recommended articles in your Inbox

This Page Has Inspired
713
People So Far..
Any facts, figures or references stated here are made by the author & don't reflect the endorsement of iU at all times unless otherwise drafted by official staff at iU. This article was first published here on 15th December 2022.